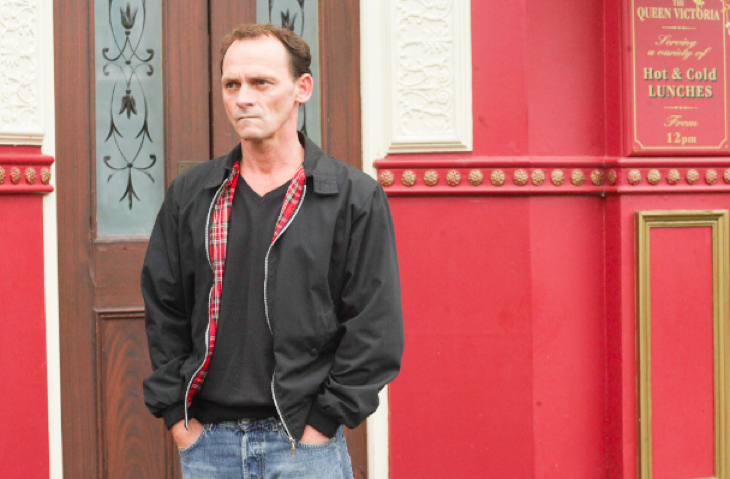 EastEnders spoilers hint that Karen Taylor (Lorraine Stanley) will decide to move away in order to keep her grandson out of care. Karen will come up with a plan to leave Walford for good. When Billy Mitchell (Perry Fenwick) finds out, he will become upset. However, Mitch will also be devastated by the news of her departure. What could be Mitch’s plan and will Karen go along with that?

EastEnders Spoilers – Billy Is On A Downward Spiral

Karen has been given her grandson to take care of by Sharon Mitchell (Letitia Dean), who is still grieving the loss of her late son, Denny Rickman (Bleu Landau). This made her happy to take care of her grandson, but when Ian Albert Beale (Adam Woodyatt) came around, she was okay with giving him back to Sharon. However, Ian surprised her by telling her to leave Walford with the young boy. This upset Karen, and she refused to until she was given an ultimatum either leave Walford or Kayden goes into care. In addition, he offered money to Karen as long as she does what he wants. Karen will then tell Billy about her decision to leave, and he becomes upset by the news and the thought of not being able to see her anymore, and he will not be the only one who is upset by the news.

EastEnders Spoilers – Mitch Has A Plan

EastEnders Spoilers: Biggest Stories To Watch Out For Next Week https://t.co/4eeKTV0hPf #EastEnders

This would lead Mitch to offer a suggestion to her. This suggestion will be that he would like to go with her or better yet, he would like him and Bailey to move with her and Kayden. However, a bombshell is dropped that may change everything.

Viewers can look forward to Karen, making a decision that may lead to something that viewers will not be expecting. What do you think? Will Billy be able to find a way for Karen to stay? What could be the bombshell that is waiting to be unleashed by Mitch? Watch EastEnders from Monday and Friday at 8 pm and Tuesday and Thursday at 7.30 pm on BBC One to find out what happens next.