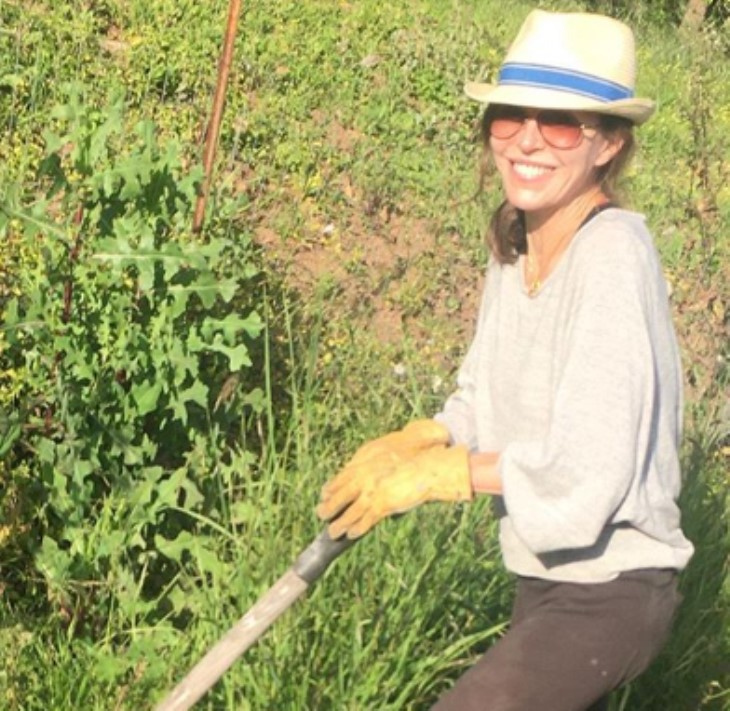 General Hospital superstar Finola Hughes (Anna Devane) is one of the many celebs sharing their quarantine pastimes with fans. By the looks of it, Finola has quite a green thumb, and the fruits of her labors will be on full display once the isolation period fades to black.

The lovely and talented star has shared a few photos of herself while she tries to stay busy during isolation. For her it seems to be a breeze and as she shows, living in the warm California sunshine is the perfect excuse to plant a garden.

Finola is an ambitious home gardener as her pics show. It looks like she has a sizable plot of land, and she’s taking full advantage of it to sow her seeds.

The beautiful thespian couldn’t look more adorable as she tends the land, in green rubber boots, oversized shades and a jaunty hat with a blue ribbon adorning it.

GH fans didn’t hold back on their admiration for Finola’s talents with one commenting, “Oh wow that look like a lot of work. Post when you get it done and its growth would love to see it.”

Another comment reads, “I wish I could start (even though I really only usually grow peppers and tomatoes) – but it is still too cold in Connecticut. However, the chives I planted in my beds last year have already come up, so that’s something, I guess, lol.”

So, what’s next for Finola’s GH character Anna Devane?

Anna Devane is not having the blissful time of it that her portrayer Finola Hughes is. In fact, she will take a major hit when she finds out that her son, Peter August (Wes Ramsey) is a liar and a cad

General Hospital Spoilers: Will Valentin Turn Out To Be A Quartermaine – Is That Why He Wants ELQ?https://t.co/BScvnZ9sfq

As any mother would, she has defended her son even in the face of mounting doubt. Soon, the people working to unmask him, including Jason Morgan (Steve Burton) and Hamilton Finn (Michael Easton) will have the goods on the bad boy and we hope that Anna can handle the pain!