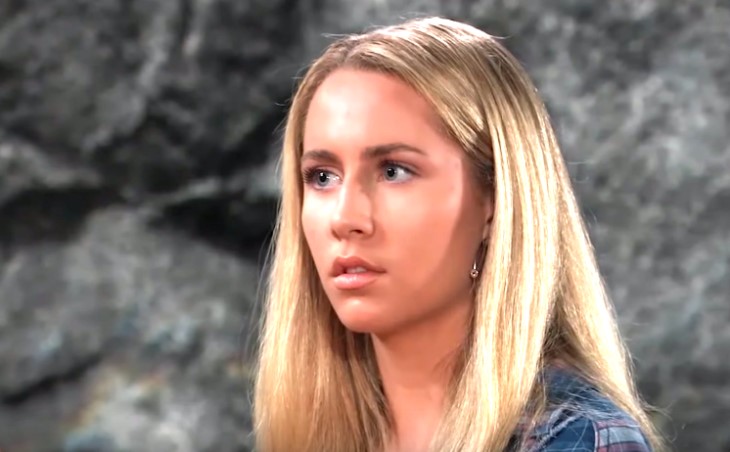 General Hospital spoilers reveal that Eden McCoy (Josslyn Jacks) is about to pull double duty on the ABC soap and it will definitely have fans doing a double-take.

That’s because the perky young blonde will be seen in a special role on April 7, playing none other than Joss’ mom Carly Corinthos (Laura Wright).

Next week the show plans to air a special episode which takes viewers deeper into the complicated dynamic between Carly and her sister Nelle Benson (Chloe Lanier).

As fans know these two are anything but friendly! Poor Nelle was duped by her dad into “donating” a kidney to Joss when she was younger. In fact, Joss’s dad, Jasper Jacks (Ingo Rademacher) was behind the scheme, paying Nelle’s dad handsomely in order to save his own daughter’s life.

This reveal did not come out until years later and by then it was too late to mend fences between Nelle and Carly who currently hate each other to the moon and back.

McCoy tells Soap Opera Digest that she discovered her special role from none other than Laura Wright. “I was on set, and she had finished up her scenes for the day,” recounts McCoy. After approaching her, Wright informed her onscreen daughter, “Oh, by the way, I found out that you’re going to be playing young me!”

McCoy was super excited to hear the news and had to wait until she got the script for more details. But getting the news from Wright was icing on the cake!

General Hospital Spoilers: Will Valentin Turn Out To Be A Quartermaine – Is That Why He Wants ELQ?https://t.co/BScvnZ9sfq

According to McCoy, Wright didn’t provide any specific deets on how to approach her one-time role but she did give her tons of encouragement and support, “She was super-excited for me,” she said.

The young thespian did get a bit of input from executive producer Frank Valentini however, who told McCoy, “put your hair behind your ears,” since he noticed Wright does it consistently.

The upcoming episode is sure to fill in a lot of blanks where Carly and Nelle are concerned. And it was a nice touch to have McCoy play Young Carly, a role she knows better than any non-GH actress!