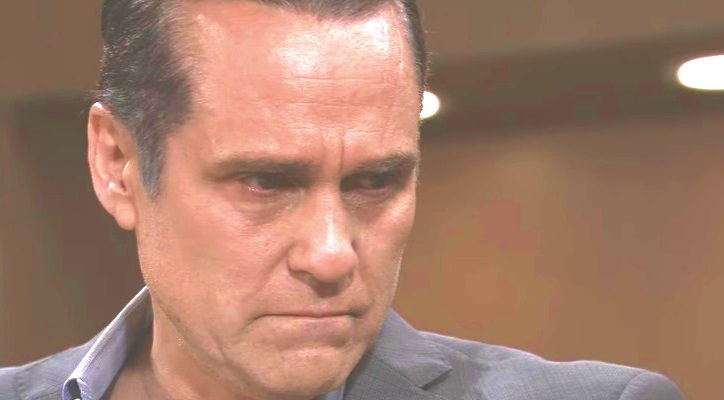 General Hospital (GH) Spoilers hint that Sonny Corinthos (Maurice Benard) will become suspicious of Brando Corbin (Johnny Wactor). Sonny has become wary of Brando after a visit with Sonny’s father, Mike Corbin (Max Gail), that led him to wonder about Brando and his intentions. Could there be more to Brando’s appearance in Port Charles, or could it all be a misunderstanding?

When Brando came into the scene, it was during the time that Cyrus targeted Sonny and his family. When Brando saved Carly Corinthos’s (Laura Wright) life that day, his mother recognized him, which brought him into Sonny’s family. After learning about Dev Cerci (Ashton Arbab), he decided to go along with the plan of keeping him safe.

However, upon finding out that Cyrus is still targeting Sonny’s family, Sonny insisted that he stays with them and even gives him his own workshop. However, things are going to go in a different direction after Carly brings Brando to go meet Sonny’s father.

At first, they were excited about meeting Mike, but this quickly turns out to be a bad decision. At first, Mike thinks that he is supposed to be dead, but then he insists that he does not know Brando. This made Brando insist that he and Mike do know each other. Mike quickly says that he does know Brando but changes his tune yet again when he gets Sonny alone. He tells Sonny that he should not trust them and that he should get more security.

Mike was referring to Brando, and another person could the other person be Brando’s mother, and what might be dangerous about the pair? This will get under Sonny’s skin after a while as he will realize that there may be a reason for Mike’s concern. This will cause him to be wary of Brando, and he will keep an eye on Mike as well.

Viewers can look forward to Sonny become aware of Mike’s warnings and will take them into account as he interacts with Brando in the future. What do you think? Should Sonny be wary of Brando? We’ll give you updates as GH news comes in. Stick with the ABC soap, and don’t forget to check Soap Opera Spy often for the latest General Hospital spoilers, updates, and news.