EastEnders Spoilers: Could Phil And Sharon Get Back Together – Relationship In The Works 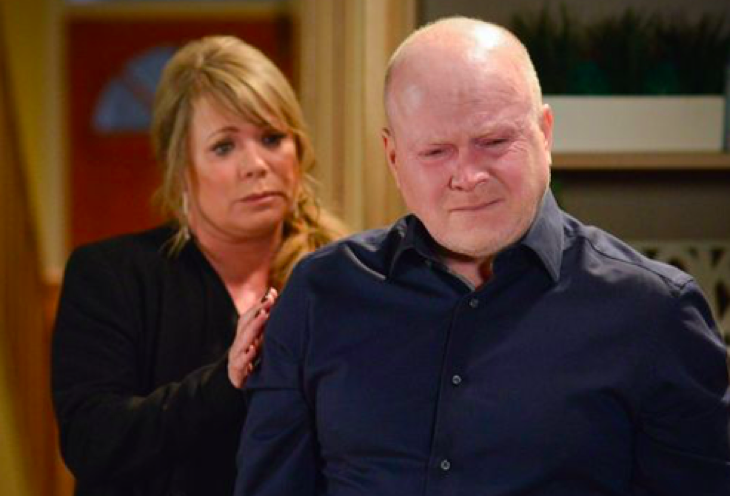 EastEnders spoilers hint at a future relationship between Phil Mitchell (Steve McFadeen) and Sharon Mitchell (Leticia Dean). After the death of their son, Sharon held resentment against Phil for causing the boat to crash. However, it seems that the two have made peace with one another, which may lead to them rekindling their romance. Could these two reconnect with one another in the upcoming episodes?

Sharon has recently been having a hard time processing and dealing with her grief ever since her son, Denny Rickman (Bleu Landau), died. This only became worse as she prepared for her son’s funeral. However, when Phil showed up to she became angry at him and blamed him for the death of their son. However, after a conversation between the two, it seemed that Sharon and Phil began opening up to one another and shared how they felt like they were to blame for the death of their son. However, after their talk, Phil turned himself in to the police, which may make it harder for them to reconnect.

However, it seems that Phil will not stay in Prison for long, as he will have some help him out before he has the opportunity to take the blame for the boat crash. If he sticks around afterward, then this could mean that he and Sharon will be able to reconnect and help one another process their grief over losing their son.

Hopefully, this will lead to the truth about Ian Albert Beale’s (Adam Woodyatt) involvement in Denny’s death, although not intended, his part did contribute to Denny’s death, and his guilt is making it harder for Sharon to process her grief in a healthy way. It would be interesting to see if these two characters will find their way back to one another.

Viewers can look forward to seeing more scenes involving Phil in the upcoming episodes. Since Phil and Sharon have put their differences aside, they may grow closer together. What do you think? Could these two rekindle their romance? Will they be able to process their grief and discover the missing details? Watch EastEnders from Monday and Friday at 8 pm and Tuesday and Thursday at 7.30 pm on BBC One to find out what happens next.