EastEnders Spoilers: See Mick Dropping A Bombshell, Who Will The New Pub Owners Be? 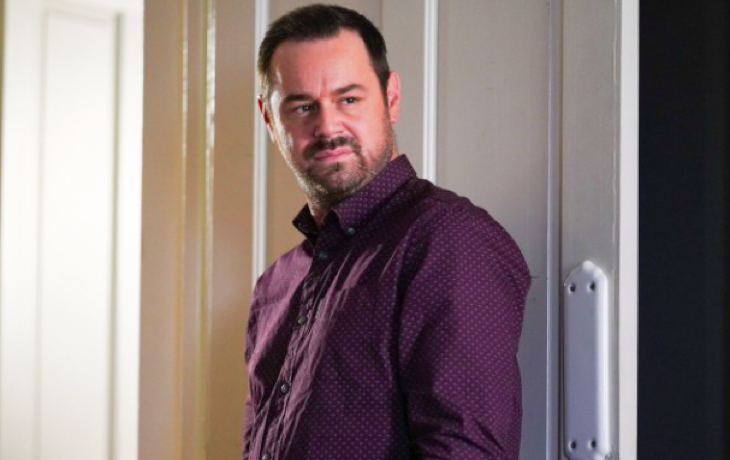 As Mick and Linda decide to put their family first, fans are wondering who will take over Queen Vic.

Life has been hard for Mick (Danny Dyer) and Linda Carter (Kellie Bright) on EastEnders. Mick has done his best to support his wife as she struggles with a severe drinking problem. This has led to some emotional scenes on the BBC One soap, with the Carter finally deciding to sell Queen Vic. Now fans are wondering who will buy the pub and take over the business?

EastEnders Spoilers: Could Phil And Sharon Get Back Together – Relationship In The Works

Life Has Been Hard For The Carters

Earlier in the week, Linda opened up to her husband, Mick, to tell him she couldn’t remember a time in her life when she had no drink in her hand. Worried for Linda, Mick has a hard decision to make. Should he keep the pub and all its temptations for Linda, or should he sell it and really help his wife recover.

This week residents of Albert Square had gathered at the pub for Denny Rickman’s (Bleu Landau) funeral. During the event, Sharon Mitchell (Letita Dean) started screaming at Linda. This drove her back to drinking, after weeks of trying to resist the temptation.

With Mick finally realizing he has no choice but to sell Queen Vic, EastEnders fans have heard rumors that another member of the family could be taking it over. Mick and Linda have been through hell over the last year as her drinking takes over their lives. Linda grew up in pubs. She told Mick her dad enjoyed a drink and when she was little, he would let her have sips of his beer.

As things get progressively worse, Linda has started to put their son Ollie in harm’s way, which leads to social services threatening to take him out of her care. Matters grew even worse during the boat party for the Queen Vic’s anniversary. The couple’s lives changed even more after Linda was trapped while trying to find a drink as the boat crashed.

Mick stayed with Linda, whose foot had become trapped and the boat started filling with water, right up until she was finally free. This was the decider that made Linda realize she needs help and she has since been trying her best to get things back to normal.

Linda is heartbroken after she found out her family still doesn’t trust her to quit. This included Shirley Carter (Linda Henry) drawing lines on bottles of alcohol to find out if Linda had been drinking. After this, Linda decides she can no longer work behind the bar and tells Mick so.

Now Mick has taken control of the situation by deciding to move his family out of Queen Vic, which will take place next week. He is planning for an estate agent to value the pub and start the sale.

Shirley has had a bad relationship with Linda for some time and has worked behind the bar for years. Will she see this as a chance to take over the pub? If she really wants the best for Mick, is she likely to let the couple go? Alternatively, maybe she and Tina will take over Queen Vic, while letting Mick and Linda try to fix their family life.

Keep watching EastEnders on Monday at 7:30 pm on BBC One to find out what happens to Mick, Linda, and Queen Vic.