General Hospital Spoilers: Jason Holds His Ground In Keeping Distance Between Him And Sam 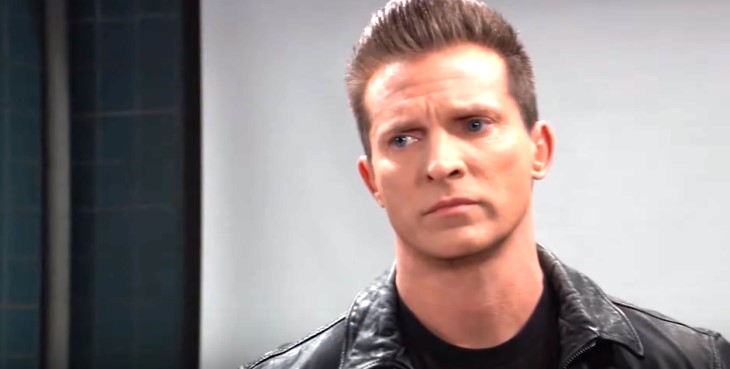 General Hospital spoilers tease that Jason Morgan (Steve Burton) will hold his ground in keeping distance between himself and Sam McCall (Kelly Monaco) for safety’s sake, in an upcoming episode of GH!

General Hospital viewers will recall that Jason warned Sam that it is dangerous – he told her that TJ Ashford (Tajh Bellow) had been kidnapped, and how did she know that she and Danny Morgan (Porter Fasullo) and Scout Cain (Ella Ramacieri) wouldn’t be targeted and either she or one of the children would be kidnapped as well? He also had told her earlier that breaking her parole and her going back to spend the rest of her two-year sentence In Pentonville Prison was not a good idea either!

Now that Cyrus Renault (Jeff Kober) has been exonerated and freed, he could cause even more problems and put anyone that has crossed him in even more danger than before, as if what has happened so far wasn’t dangerous enough! Jason will remind Sam that Cyrus is not like Sonny Corinthos (Maurice Benard) – this man has no scruples and no morals. He doesn’t discriminate between adults and children when picking his targets, and he has no boundaries and sets none for himself.

Jason said the only way he could be taken down is if he were out of Pentonville, because it would make him more vulnerable to his enemies – including Sonny and Jason, plus it would give the Port Charles Police Department a better chance of catching him in new illegal business and placing him under arrest for new charges. If he had not been exonerated for the old charges, the best that either law enforcement or Sonny’s enemies could do would be to arrest his henchmen, and Cyrus apparently has a never-ending supply of those!

Jason absolutely is sticking to his guns about himself and Sam keeping their distance from one another – once Cyrus is taken down for good and the threat is gone, then there will be less danger from that direction, but there is still Sam’s parole to deal with. They can still talk by phone or text by phone providing that they are not being traced – and Sam told Jason that her parole officer, Delores Malone (Andi Chapman) was really cracking down after Damian Spinelli (Bradford Anderson) caught her and her councilman lover having sex in the back seat of a car!

General Hospital Spoilers: You May Not Recognize Steve Burton After He Gets Out Of Quarantinehttps://t.co/OhCFAdlM0o

Jason will be concerned that they may have to communicate on burner phones! Delores allowed for the picking up and dropping off of their children, and that was it – no communication with each other at all, period! Sam doesn’t like it – Jason doesn’t like it – Danny and Scout don’t like it.

But that is just the way it is. They have been unable to find anything that they could take down the parole officer with and have her removed from Sam’s case, so they are just going to have to deal with it the best way that they can.

After all, at least Jason is alive and well, and Sam knows where he is even if she can’t go be with him like she wants! Jason keeps reminding her of that and that freedom is better than prison!