The Young and The Restless Spoilers: Sharon Terrified What The Future Holds, Tries To Keep It Together For Family 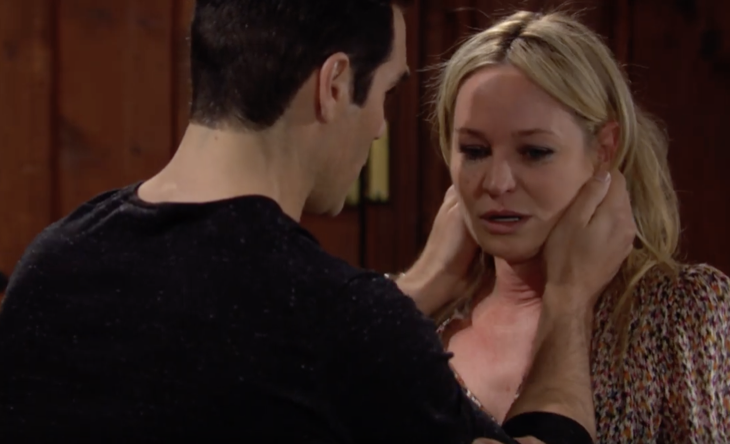 Sharon Newman Has Been Facing Down The Enemy Of Breast Cancer

As viewers of The Young and The Restless will recall, Sharon has been facing down the enemy of breast cancer for several months now, trying a new form of chemotherapy that her team of oncologists was hoping would shrink the tumor down to a manageable size so that Sharon would only have to have a lumpectomy – with only the tumor being incised and removed – as opposed to a partial mastectomy (one breast being removed) or possibly even a double mastectomy (both breasts removed) if it were found that cancer had spread. One breast definitely would have to be removed, the one with the lump in it, because there would be no guarantees that if only the lump were to be removed, that cancer would not continue to spread.

Also, the possibility exists that the lump takes up a major portion of Sharon’s breast anyway and so it would be better to remove the whole thing and wear a prosthesis (falsie) on one side rather than have a deformed breast with most of it missing. Either way, the possibility of losing even a major part of her breast is staring Sharon in the face now, after she had her scan in a recent episode of The Young and The Restless, and broke down completely with dread and fear to her boyfriend, Rey Rosales (Jordi Vilasuso) when she opened up to him about what the doctors had told her after she had the PET scan to assess if the tumor had shrunk – it had not.

Sharon’s intention is to remain brave and to try to keep it together for her daughters’ sake, especially fourteen-year-old Faith. However, at this stage of the game, Sharon has realized that there is no need to sugarcoat things because her family, even her youngest, Faith, need the truth so they know what to prepare themselves for as well as being a comfort and an aid to Sharon.

She is terrified of what the future may hold, and she is in shock; she’s not feeling as positive and as good about her future as she previously had when there was still the hope that the chemotherapy might work. She texted Mariah to come over in last Thursday’s episode, and she waits for Mariah to arrive and for Faith to come home. When the girls arrive, they find their mother in tears in spite of herself!

Young and the Restless News: Somehow Donny Boaz Is Still Hot With A Deformed Forehead

Sharon cannot find the words to tell her daughters that the chemotherapy did not shrink her tumor and that she may be facing the loss of her breast, if not eventually the loss of her life! But Mariah and Faith figure it out fairly quickly that the chemo didn’t work – Sharon doesn’t even have to say it since they both knew that her PET scan to assess the condition of the cancer had been that day.

Faith suggests maybe a different cocktail of drugs might work, but Sharon says it’s great wishful thinking but she is sure if the doctors thought that would work that they would have told her and it’s time to move forward with whatever needs to be done to save her life and beat cancer; but what is terrifying to her even more than losing a breast, which is part of her womanhood and her self-esteem, is the real possibility of losing her life!