Days of Our Lives Spoilers: Ben Tries To Strangle Evan – Ciara Must Act Quickly To Stop Him 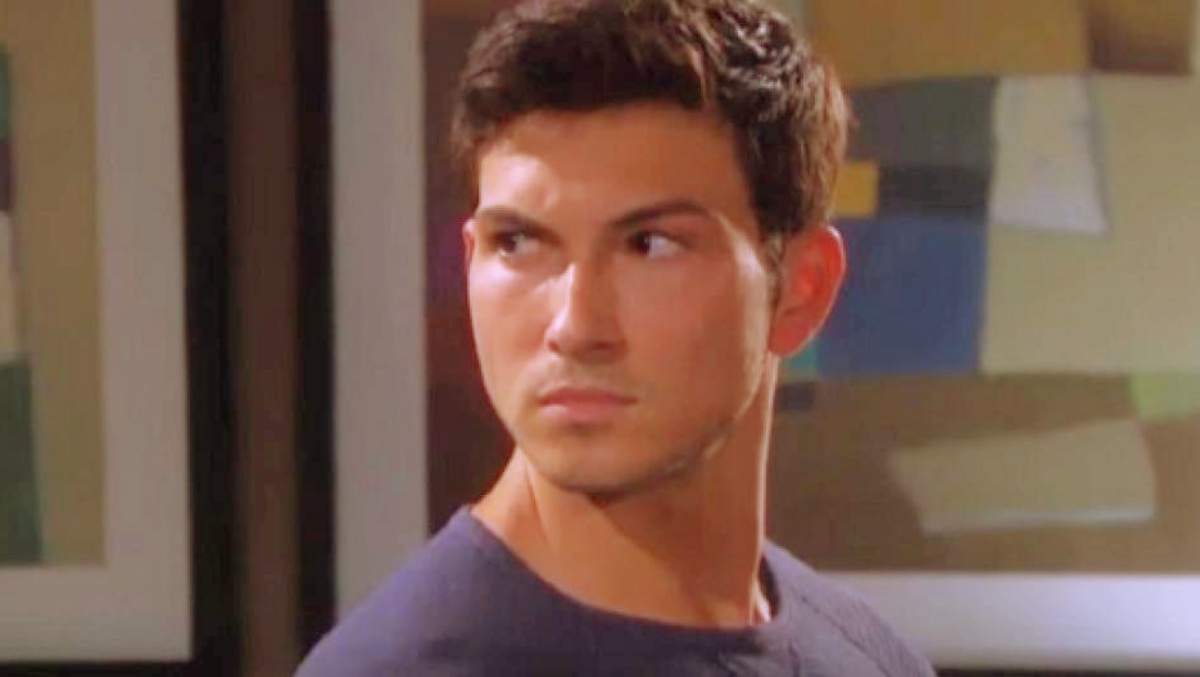 Days of Our Lives spoilers tease that Ben Weston (Robert Scott Wilson) will encounter Evan Frears (Brock Kelly) and try to strangle him in a burst of rage, and Ciara Brady (Victoria Konefal) must act quickly to stop him in an upcoming episode of Days of Our Lives!

Days of Our Lives viewers will recall that Ben hasn’t seen Evan since he was in the execution chamber, and then he was barely conscious when Ciara, with a gun to the back of his head, pushed his face up against the glass and forced him to confess to Jordan Ridgeway’s (Chrishell Stause) murder, which of course exonerated Ben though he nearly died. But Ben hasn’t had a chance to deal with the man who murdered his sister, kidnapped his nephew, and cost him over a year of his life and, indeed, almost lost him his life in the execution chamber!

So that is a lot of pent-up anger that has been building up inside of Ben for a long, long, time. Ben would do good not to try to avenge his sister, and he may not intend to try, but when he comes face to face with Evan, aka Christian Maddox, it looks like it’s just going to be too hard for him to not react in anger and lash out at the man that caused so much pain!

The Days of Our Lives Spring preview video shows Ben and Ciara walking outside in a wooded area when Evan comes across their path; Ben, in a fit of rage, grabs him by the collar and pushes him up against a surface, and his hands hold Evan’s neck tightly while Evan looks terrified and Ciara looks shocked and worried in the background!

Surely Ben wouldn’t mess up his life over that piece of scum, after working so hard to overcome his past! Ciara must act quickly to pull Ben off Evan and help him to calm down! This is a side of Ben that Ciara knows existed but she’s never seen before! It’s certainly understandable but she must act quickly before Ben does something to Evan that he’s going to regret! It will be bad enough if Evan comes after Ben for assault charges, and he would be well within his rights to do so.

Days of Our Lives Spoilers: Stefano Vows To Rise From The Ashes https://t.co/SgcUc0YqSQ pic.twitter.com/DTrrCmCCwD

Ciara rushes over and tries to pull Ben off of Evan before he can complete the strangulation, as Ben is so out of control he is trying to strangle Evan with his bare hands! She pleads with him to just walk away and leave Evan alone, because killing Evan won’t bring Jordan back and it certainly won’t bring the year plus of time back that he spent wrongly accused and in prison!

Ciara reminds him that Evan willingly gave baby David Ridgeway (Kyler and Caleb Ends) back to Rafe Hernandez (Galen Gering) when Rafe, Eli Grant (Lamon Archey) and Lani Price (Sal Stowers) had tracked him and his no-good father, Orpheus, aka Milo Harp (George Del Toro) at their motel room. Ciara also continues to plead with Ben and reason with him that they will never have their happily ever after if he kills Evan and is put back in prison!

Finally Ben takes his hands off Evan’s throat, where he has been continuing to throttle him, and warns him that he had better get out of town and never come back unless he didn’t value his life! Stay tuned to Days of Our Lives and keep checking Days of Our Lives spoilers frequently for all the latest news, updates and developments!