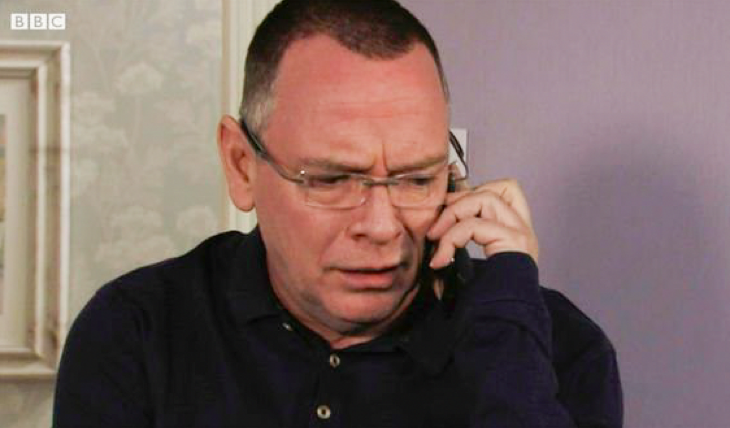 EastEnders spoilers reveal that Ian Beale (Adam Woodyatt) is prepared to do whatever it takes to protect his secret. As fans know, he risks exposure because Dotty Cotton (Milly Zero) knows what he did. She’s been blackmailing him, but could he end up turning the tables on her? There is speculation that Ian could end up framing Dotty for murder.

EastEnders Spoilers: Phil Turns Himself In – Guilt Pushes Him To Take Responsibility

As fans recall from the 35th-anniversary special, there was a tragic death. After locking Dennis Rickman (Bleu Landau) inside a room on the boat, he lost the key. Even though first responders came to the rescue when the boat tragedy occurred, they were unable to revive Dennis.

On that same night, Sharon Watts (Letitia Dean) gave birth to a baby boy — one that she ended up giving to Karen Taylor (Lorraine Stanley). The grieving mother has no idea that Ian was responsible for Dennis not being able to get out of the boat alive.

Eastenders spoilers reveal that Dotty knows what Ian did thanks to Dennis’ last-minute voicemail to his mom before he died. In that message, Dennis explained what Ian had done to him. Dotty ended up taking the phone and blackmailing Ian with the information. The two are playing a dangerous game with one another and it’s about to intensify.

As previously reported, it’s not money that Dotty wants. Dennis was her friend and she is consumed by this secret. She is determined to get justice for the dead boy and make Ian pay. However, she wants Ian to suffer and feel the burn first.

Even though she is smart, she might have bitten off more than she can chew.

EastEnders spoilers reveal that while Dotty isn’t going to stop, neither is Ian. They are both determined, but which one will win the battle?

Express speculates that Ian could decide that Dotty is too risky and do the unthinkable. Could he end up framing or blaming her for Dennis’ death?

Considering everything that he has on the line, it certainly is possible. But will he really get away with it? In the soap world, secrets always have a way of getting out. What do you think is going to take place between these two characters? When will the truth finally be revealed? To find out what happens at the end of this storyline, fans will have to keep watching the British soap.

Be sure to catch up on everything happening with the soap right now. Come back here often EastEnders spoilers, news, and updates.