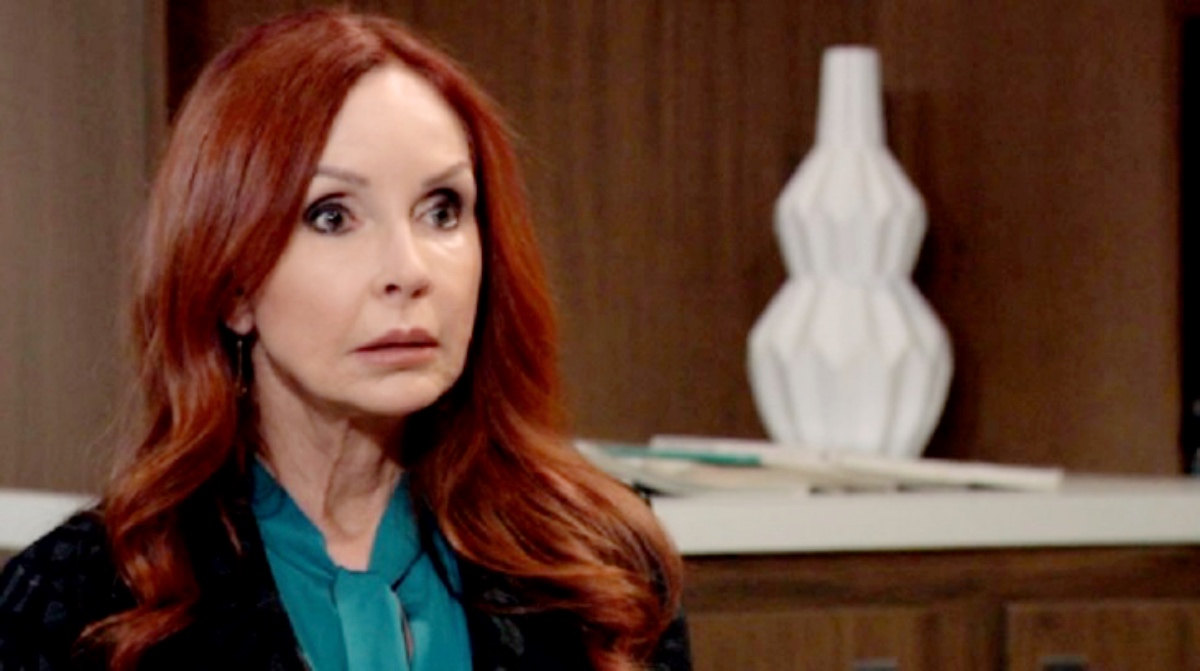 General Hospital spoilers tease that Bobbie Spencer (Jaclyn Zeman) will get unsettling news in an upcoming episode of GH – she will receive a subpoena for Wiley Corinthos’ (Erik and Theodore Olson) parental permission form for the operation that he received to repair a hole in his heart!

Bobbie Spencer, Carly Corinthos, And Dr. Monica Quartermaine Were All In On A Plot

General Hospital viewers will recall that Bobbie, Carly Corinthos, (Laura Wright) and Dr. Monica Quartermaine (Leslie Charleson) were all in on a plot to make sure that a hole in Wiley’s heart was repaired whether Nelle Benson (Chloe Lanier) agreed to it or not. Nelle did not act according to the best interests of her and Michael Corinthos’ (Chad Duell) child by not signing off on the operation, which right now was an easy fix that would prevent future problems and further complications and so was classified as an elective operation.

Nelle went on about how an operation on such a small toddler could go sideways and kill him, and refused to sign the form even though it would have been in Wiley’s best interest. Carly then went to talk to Nelle as she had gone out on the roof of General Hospital, trying to reason with her and also to give her a piece of her mind, and when Nelle turned her back, Carly left her standing on the roof and locked the door behind her.

It is ninety-nine percent certain that Carly forged Nelle’s signature on the form, handed it to Monica, and then the form went in Wiley’s medical file, where Bobbie figured out what Carly did and took out the form and shredded it so the document could not be given to a handwriting expert for analysis should the question ever arise, which Nelle likely would intend for it to! Nelle knows that she did not sign that form and that it had to have been forged, and she fully intends to use it against Michael in court to make sure he never has custody of or sees his son again!

Now Bobbie Spencer And Dr. Monica Quartermaine Are In A Spot, As Is Carly Corinthos

With no form, Nelle cannot prove that the document was forged, so what does Nelle do? She presses for the custody hearing to be as soon as possible, citing that an operation was done on her child without her permission! As a result, the consent form is subpoenaed, and Bobbie, Monica, Michael and Carly are all named as respondents, meaning they must produce the form for analysis, and appear in court!

Michael would not have approved the form being signed by his mother and forged as Nelle’s signature so he probably knows nothing about this – but Bobbie, Monica and Carly are going to have to present a signed form and they have no choice but to recreate a new one – and Carly will have to forge the signature again, and forge it so well that even a handwriting analyst will not be able to tell.

The form hadn’t even been scanned into General Hospital’s electronic systems yet, more than likely since Bobbie shredded the form right after Wiley came out of surgery! Nelle could make this about much more than custody of Wiley – she could sue General Hospital and put the hospital out of business and demand millions of dollars of damages in a separate lawsuit, and she more than likely will!