The Young and the Restless Spoilers: Jill Extends An Olive Branch to Amanda – Sorry For Colin Misunderstanding 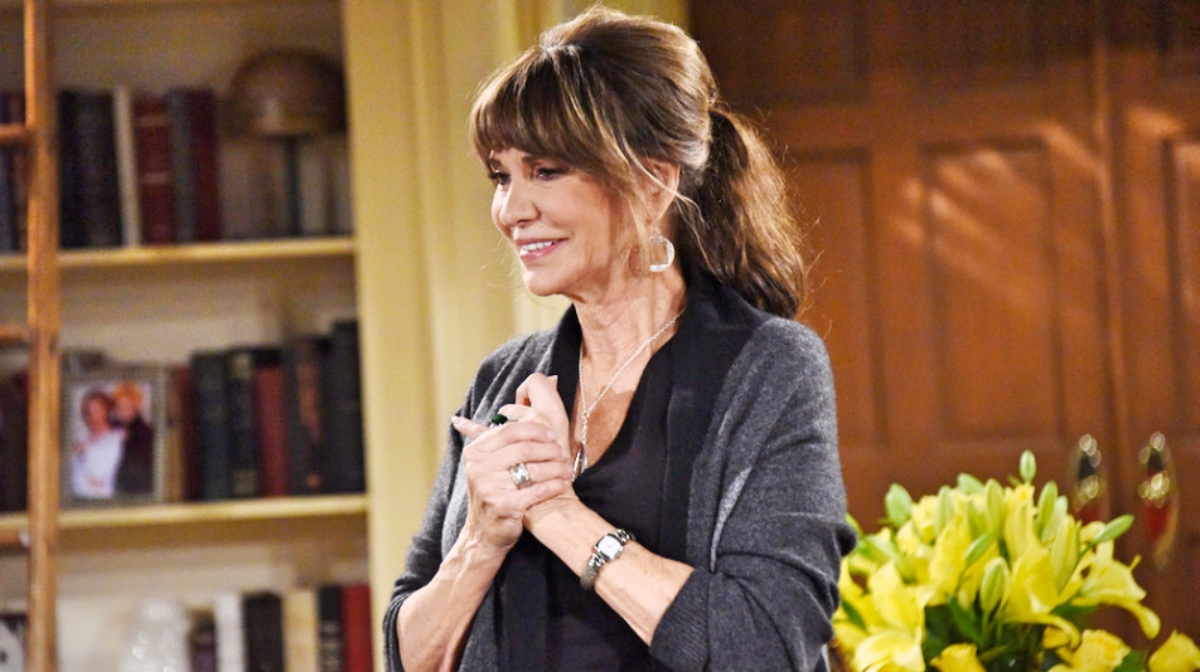 Viewers of The Young and The Restless will recall that Jill bit her son Billy Abbott’s (Jason Thompson) and Lily Winters’ (Christel Khalil) head off over a misunderstanding in a recent episode of The Young and The Restless. Billy had just suggested to Lily that they should put their new company on the map by throwing a splashy party, possibly with a charity tie-in, and Lily had responded that it might be better if they got a few media outlets in their portfolio first.

The Young and The Restless Spoilers: Sharon Terrified What The Future Holds, Tries To Keep It Together For Family

Then Jill burst into the office and was irate at Billy for something he had done but he had no idea what she meant. She told him that the Zombie Nation broadcast host had tweeted that Chancellor Media had bought out its parent company, and assumed it was because of something Billy had said – but he swore he wasn’t involved, and Lily piped up that she was responsible for it but that Jill had misunderstood what happened, after Jill was appalled that Lily had bought the podcast production company without consulting either her partner, Billy, nor her boss, Jill.

Lily said that she hadn’t purchased anything but only had made a call to set up an exploratory meeting. She had thought that the acquisition of a podcast production company would be great for them, and she had believed that Billy would agree once he saw what the company’s lineup was. Billy had passed because he considered it too risky. Jill had assumed that Billy and Lily were working on a list of companies that they wanted to acquire, and Lily said she had another idea that would be more mainstream but she wanted to get Traci Abbott’s (Beth Maitland) opinion on it first.

The Young and the Restless Spoilers: Adam Is Determined To Get His Revenge On Victor – But Will His Plan Backfire? https://t.co/jLawJRoGuR pic.twitter.com/nl9iS2Wqnb

Billy told her that Dina Mergeron (Marla Adams) was back at the Abbott house so he didn’t know if Traci would have much time. Jill then asked Billy to ask Jack Abbott (Peter Bergman) how he could help make things easier and all he had to say was he could be a good brother, then told Jill they needed to get back to work and she left.

Young and the Restless Spoilers: Jill Abbott Returns To Chancellor Media To Apologize

Jill will return to the offices of Chancellor Media to apologize to Billy and Lily for making assumptions without checking things out more thoroughly before biting someone’s head off! She was being exactly the kind of boss she didn’t want to be, although she wants to be a strong supervisor – she just doesn’t want to be a scary one!

She had actually ran into Jack herself after leaving Chancellor Media the other day and had talked to him and tried to be a friend and managed to distract him from his worries by asking him to help her finish a crossword puzzle, albeit not one she had started and he called her on it, although he had welcomed the distraction.

So that relieved Billy of any responsibility regarding talking to Jack for Jill. She will tell her new employees that she will ask about things she has questions about in the future rather than making assumptions and coming down on them for things without asking them about them first!