Days Of Our Lives Spoilers: Eric And Nicole Intercept Sarah On Her Wedding Day – Will They Be Able To Stop The Wedding With Their News? 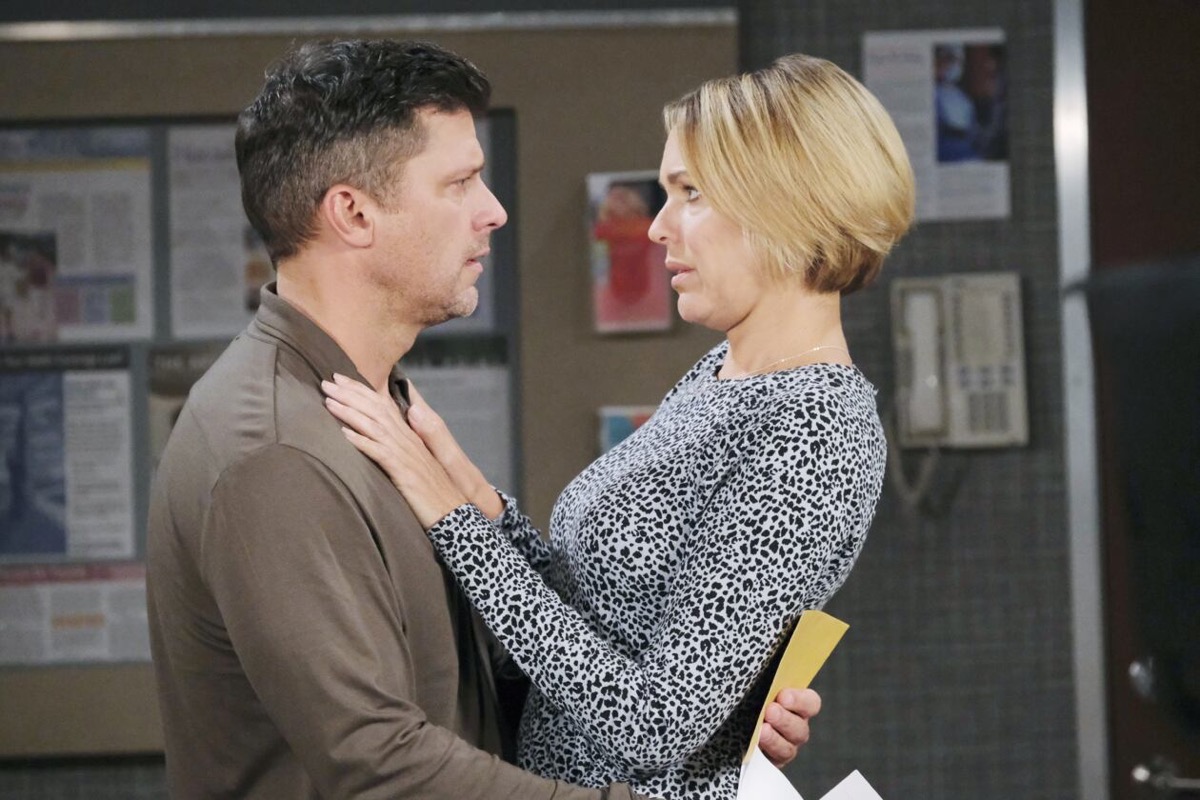 Days of Our Lives spoilers tease that Eric Brady (Greg Vaughan) and Nicole Walker (Arianne Zucker) will intercept Sarah Horton (Linsey Godfrey) on her wedding day to Xander Kiriakis (Paul Telfer) in an upcoming episode of Days of Our Lives; but will they be able to stop the wedding with their news!

As Days of Our Lives viewers will recall, Eric and Nicole have to tell Sarah some devastating news – that the baby girl she believes is hers and Eric’s is really Brady Black (Eric Martsolf) and Kristen DiMera’s (Stacy Haiduk) baby girl, Rachel Isabella Black, who they were led to believe had died.

The truth is that Sarah’s baby was the one who died, and Rachel was switched with her in the hospital nursery after Victor Kiriakis (John Aniston) told Xander Kiriakis (Paul Telfer) to switch the babies, and they paid the obstetrician, Dr. Amanda Raynor (Victoria Platt) for her silence, and she was supposed to have moved to the Dominican Republic, but as Xander found out, she didn’t – she had stayed in Salem, working at Salem University Hospital the whole time.

Days Of Our Lives Spoilers: The Truth Is That Sarah Horton’s Baby Was The One Who Died

It was Nicole’s overhearing some tense conversations between Xander and Dr. Raynor that finally led to the truth being revealed, first to Nicole, and then by Nicole to a devastated Eric, although John Black (Drake Hogestyn) obviously picked up on something fishy when he and Brady Black (Eric Martsolf) talked about Rachel and Mackenzie having an identical birthmark in an identical spot with both being born the same night in the same hospital!

If they hadn’t both been preoccupied with Marlena Evans’ (Deidre Hall) surgery to remove the microchip that Stefano DiMera (Stephen Nichols) had ordered Dr. Wilhelm Rolf (William Utay) to put in her brainstem to control her emotionally, John, if not both John and Brady, would have immediately started their own investigation into these far too coincidental to be coincidences!

Days of Our Lives Spoilers: Justin Confides in Jack – Betraying Steve By Urging Lawyer To Fight For Kayla?https://t.co/9EsoQKgC64

Eric Brady And Nicole Walker Arrive At The Kiriakis Mansion

Eric and Nicole arrive at the Kiriakis mansion, where Xander and Sarah are getting ready to be married with Justin Kiriakis (Wally Kurth) officiating, and Sonny Kiriakis (Freddie Smith) as best man; Days of Our Lives spoilers haven’t revealed who stands up with Sarah though – it could be Will Horton (Chandler Massey) if Sonny is best man. Preview promos for this week show Eric slugging Xander and knocking him off his feet, tux and all! They also show a devastated Sarah, who appears to be standing in Eric’s apartment.

It does appear that they are able to stop the wedding for the time being, even with Eric telling Sarah that Xander was at fault; but Xander will tell Sarah Victor forced him into it, which is true. Sarah will be devastated realizing that her baby is dead and that it will only be right to give Mackenzie over to Brady and Kristen, but more DNA tests will likely be done to be absolutely sure – and probably under supervision so Xander or Victor cannot have them faked again!