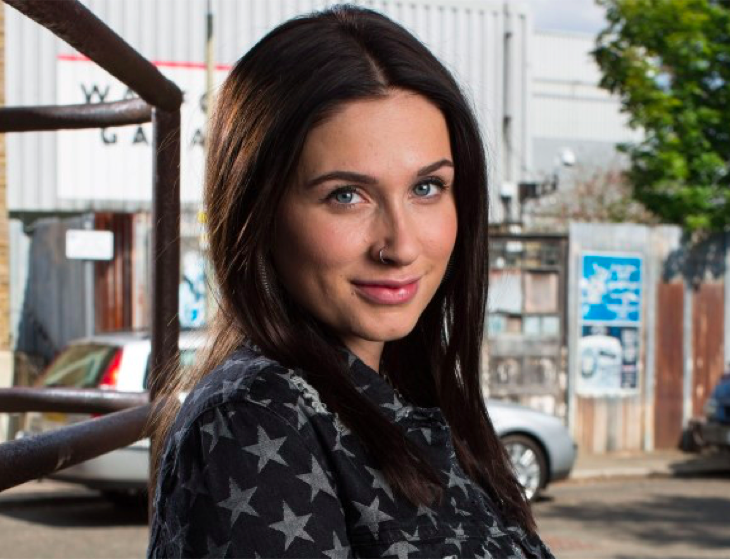 EastEnders spoilers hint at a love triangle with Dotty Cotton (Milly Zero) in the middle. Dotty has been in scenes with both Bobby Beale (Clay Milner Russell) and Peter Beale (Dayle Hudson) recently, and it seems that Dotty may build relationships between the two in upcoming episodes. This may lead Bobby and Peter to develop feelings for Dotty, which will create a love triangle. Who will he choose between the two?

When Dotty bumped into Peter, she instantly took a liking to him, and the feeling could be mutual between the two. This has been a little complicated since she is blackmailing his father, Ian Beale (Adam Woodyatt), and could come out with the truth of Denny Mitchell’s (Bleu Landau) death at any time. However, she may decide to use Peter to get under Ian’s skin.

As she already hinted to him before that his father may have had something to do with Denny’s death. After some time, she will grow closer to Peter and get to know him better. When this happens, he will begin to show her softer side of himself. This will cause her to let her guard down, and she will realize that she likes him way more than she expected that she would. It seems that Peter and Dotty will soon feel the sparks flying between the two; however, it seems that Peter will not be the only one who will decide to take a chance with Dotty. Dotty will be in the middle of a love triangle involving the two brothers, Peter and Bobby.

Bobby will find himself in the love triangle as well as he starts to develop feelings for Dotty. Dotty will actually take a liking to Bobby as he is a sweet and innocent boy, but they have an age difference with him being sixteen and her being nineteen. It seems that she will only see him as a friend rather than a potential romantic partner. So, it appears that she will lean closer to picking Peter.

Viewers can look forward to a love triangle forming between the three. What do you think? Who will Dotty pick between the two brothers? Watch EastEnders from Monday and Friday at 8 pm and Tuesday and Thursday at 7.30 pm on BBC One to find out what happens next.