General Hospital Spoilers: Charlotte Blames Jax for Valentin and Nina Breaking Up, How Far Will She Go To Split Them Up? 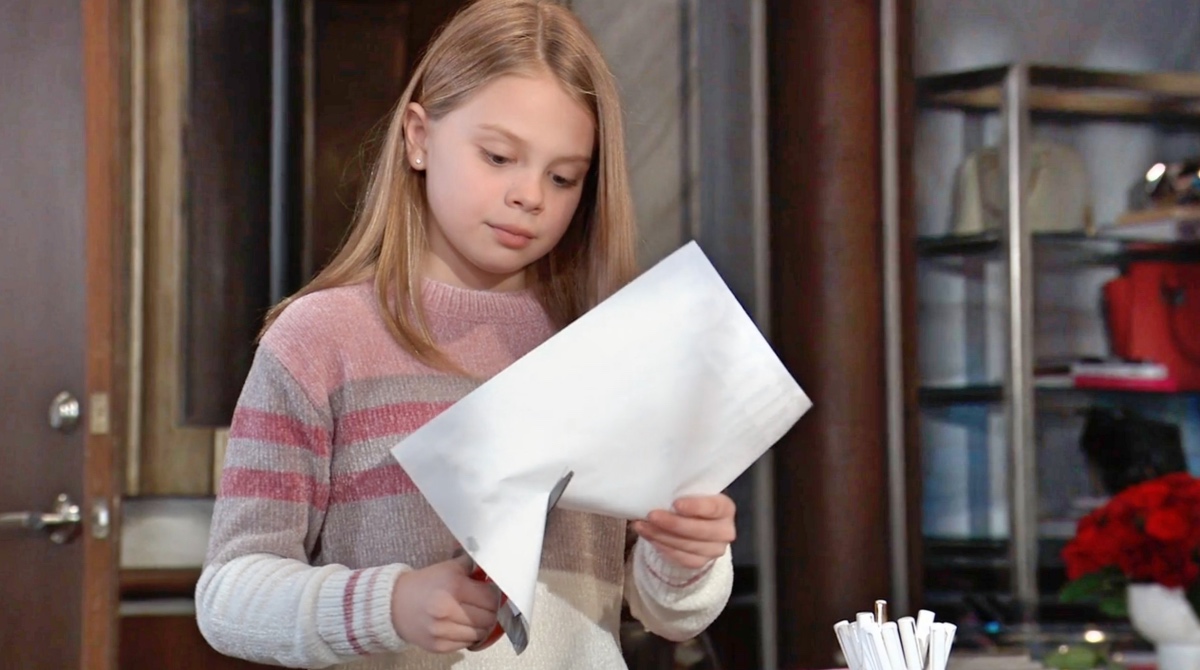 General Hospital (GH) spoilers suggest that Nina Reeves (Cynthia Watros) ought to perhaps put the brakes on bringing Charlotte Cassadine (Scarlett Fernandez) along with her to meetings with Jasper “Jax” Jacks (Ingo Rademacher). GH viewers may agree that signs indicate Charlotte blames Jax for the breakup of her “parents.”

GH fans who have ever been through a divorce with small kids know that sometimes, the child might put blame for the breakup where it doesn’t belong. In the same way, Charlotte loves both Nina and her dad, Valentin Cassadine (James Patrick Stuart) with all her heart.

In fact, she adores Nina even though Nina isn’t her birth mother. That’s because Nina has treated Charlotte (for the most part) as her very own child. When Nina and Valentin split up, it was devastating to little Charlotte. Seeing Jax, a man that Charlotte knows Valentin hates together with Nina is now altogether infuriating to the baby Cassadine.

GH fans might ask themselves exactly what kind of scheme Charlotte may be hatching in her little brain. If Charlotte is truly anything like Valentin, then her sense of morality, or right and wrong, may be more than a bit hazy. Seeing Jax as a threat to her happiness, Charlotte may be plotting to find a way to bring Nina and Valentin back together again. But how?

Outside of Charlotte watching Disney’s “The Parent Trap,” she might decide to go to the dark side of the force. Charlotte might find ways of taking her angst, fear, and aggression out on Jax as much as possible. That could take the form of tripping Jax up. It could take the form of spitting in his food when he’s not watching. It could the form of cutting Jax out of any photos taken together with Nina. Charlotte might even find ways to hurt Jax and then cause Nina to take the blame!

The truth is, the longer Nina stays in a relationship with Jax, the more likely it is that Charlotte will act out in a manner that is inappropriate. Now, Jax may be able to understand that. Still, it depends on the level of aggression that Charlotte displays. Even if Nina calls in the help of Valentin, GH fans have to wonder if the evil Cassadine will do more than give a few “tsk tsk’s” to Charlotte. After all, any discomfort to Jax is sure to please Valentin on some level.

With that said, Nina is an adult. GH fans may agree that if she chooses to bring Charlotte around Jax, then she should be prepared to deal with Charlotte’s delinquent behavior. If Nina is smart, she’ll recognize the signs of a kid who may be emotionally disturbed due to Nina’s divorce from Valentin.

Many GH fans may agree that if Nina is thinking clearly, she’ll be responsible and do what’s right for the child, and put the child’s needs ahead of her own. That doesn’t mean caving to bad behavior, but it could mean helping Charlotte by setting up therapy sessions, and just being there for the kid emotionally. Honesty, love and trust.

That’s what Nina needs to work on with Charlotte. If she has those things, Nina won’t have to worry about any negative impact on her relationship with Jax.