General Hospital Spoilers: Jax Feels Guilty, He Should Have Helped Nina In Her Search For Daughter 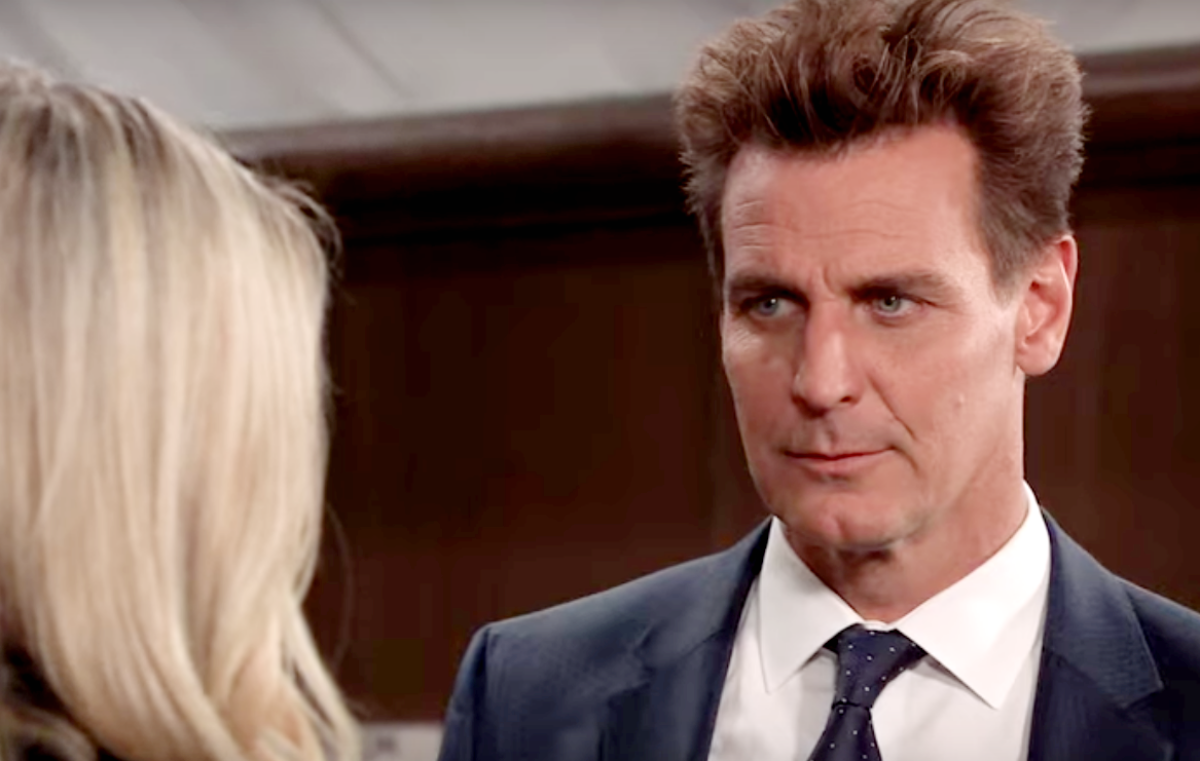 General Hospital spoilers tease that Jasper “Jax” Jacks (Ingo Rademacher) will take the blame for not helping Nina Reeves (Cynthia Watros) search for her long-lost daughter instead of letting her just be on her own in an upcoming episode of GH!

General Hospital viewers will recall that Nina has gone through a lot of heartbreak trying to find her child, and she had given up a few months ago, not wanting to deal with any more false hope and disappointments. She had bonded very tightly with Sasha Gilmore (Sofia Mattsson) and it was mutual. They were so close their bond seemed to rival even that of real mothers and daughters, at least those from functional families.

Nina was not only angry, but heartbroken when Sasha confessed that she wasn’t really her long-lost daughter at Nina’s failed remarriage to Valentin Cassadine (James Patrick Stuart) last summer when Lulu Spencer (Emme Rylan) had overheard Liesl Obrecht (Kathleen Gati) and Sasha discussing the secret in the ladies’ room at the Floating Rib, and then made it her business to expose the fraud in the middle of Nina and Valentin’s special day!

Jax had just taken his place at Aurora after Drew Cain (Billy Miller) had left for Afghanistan to return money stolen by Shiloh Archer (Coby Ryan McLaughlin) and then disappeared when his plane went into the Gulf of Aden and has been presumed dead ever since. This was the night, after Nina’s world fell apart, that Jax was her knight in shining armor and she spent the night on his couch, too devastated to do anything but cry!

She felt doubly betrayed, both by Sasha and Valentin! And now, the person that she has a rather turbulent history with, Charlotte Cassadine’s (Scarlett Fernandez) former teacher, Willow Tait (Katelyn MacMullen) recognized Nina’s half-heart necklace? Things are not so hateful as they once were – after all Nina does feel for the girl having found out her baby died a over a year after the fact – but yet, Nina can’t help but wonder. Willow doesn’t have any clue about any adoption, as far as she knows Harmony Miller (Inga Cadranel) is her mother. It was a confusing, but interesting exchange the two women had over the necklace!

General Hospital Spoilers: Who Is The Best Man For Alexis Davis, Former Lover Or Someone New?https://t.co/O4sFbCNdXF

Jax blames himself for not offering to look for Nina’s real daughter himself long ago, but she did tell him that she didn’t want any more false hope at the time. He maintains he still could have had his sources do a search and still can now, but he would not get her hopes up unnecessarily.

There was a seemingly valid paper trail that ended at a certain point, that Curtis Ashford (Donnell Turner) had followed from Madeline Reeves (Donna Mills) to Carter Buckley (Billy Campbell), the baby broker that she had used – there wouldn’t be a paper trail to a baby broker if there hadn’t been a baby. Nina tells Jax that Valentin had also offered to try more of a deep search, even though he came up with nothing past Carter Buckley and she can’t even be sure if he is still alive – he was terminally ill and in prison when Curtis interviewed him and that has been a couple of years ago now.

As far as the necklace, Jax reminds her that those type of necklaces are fairly common; couples use them, close friends use them, parents and children sometimes use them as a reminder that they are always joined in heart even if they are apart. Just because Willow knew of another half doesn’t mean it’s from the same necklace, but a forensic jeweler would be able to tell. If Willow can produce the other half, Jax knows someone who can test them to see if they really are from the same set. Nina may take him up on that – she has to think about it!