General Hospital Spoilers: Laura and Kevin Were Ready To Bend The Rules to Keep Cyrus in Prison – Are there NO Good Guys Left In PC? 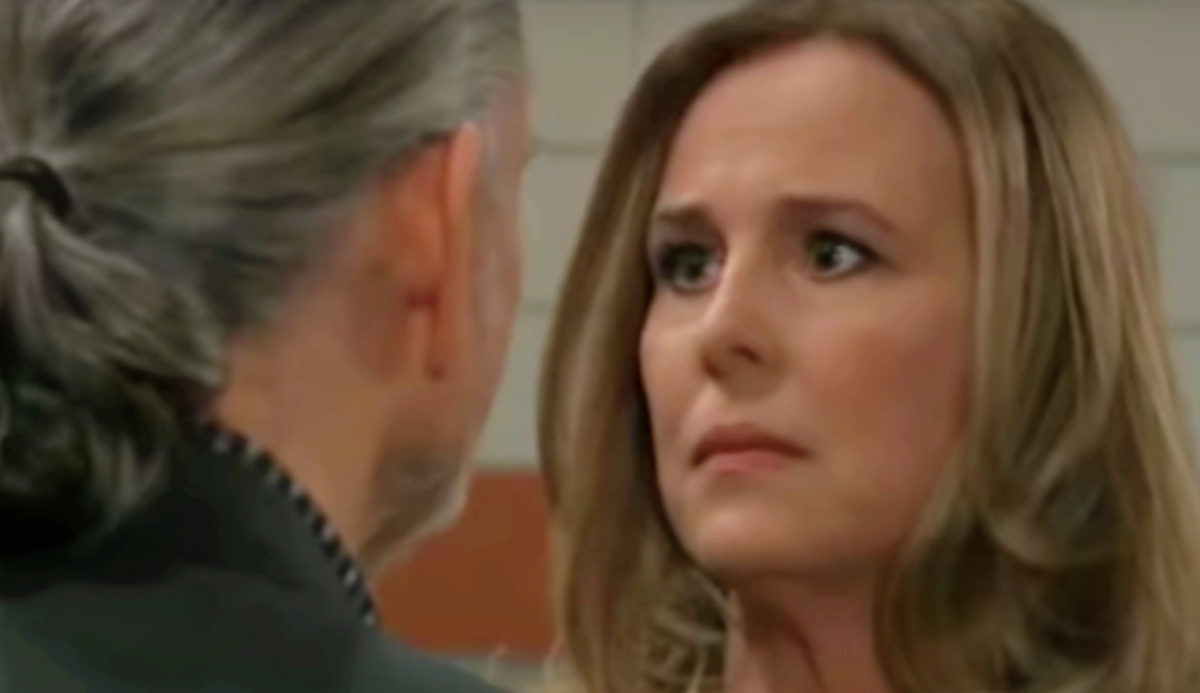 General Hospital (GH) spoilers suggest that Laura Spencer (Genie Francis) and her husband, Kevin Collins (Jon Lindstrom) may be willing utterly to break the U.S. judicial system in their insane plan to put Cyrus Renault (Jeff Kober) away in mental hospital. Many GH fans are scratching their heads and wondering how Laura can remotely get away with it!

All right. Listen. Everyone knows that the drug kingpin, Cyrus Renault is a bad guy. Cyrus is impressively evil in fact. Viewers know that Cyrus has been willing not only to bring massive shipments of drugs into Port Charles, he’s been willing to commit murder.

Cyrus had police commissioner, Jordan Ashford (Briana Nicole Henry) former partners and teammates at the DEA killed. In fact, Cyrus’s method of killing them was a personal message straight to Jordan. Two of those former cops were killed by forced, drug overdose. Jordan’s former partner, Marcus Taggert (Réal Andrews) was targetd by Cyrus too. Taggert’s daughter was kidnapped and held hostage. Then, when Taggert went to rescue her, he was mortally wounded.

Everybody knows Cyrus is evil. It’s not even a question.

That’s still no excuse for Laura’s behavior. Laura has been throwing her weight around and flaunting her status as the mayor of Port Charles for the last few months, and many GH viewers are getting sick of it!

General Hospital Spoilers – Laura is Bending the Law Until it Breaks

Putting aside for the moment the sickening display of power (that no mayor in America possesses, really), Laura is a horrific busybody. Have no GH viewers noticed how Laura goes into the police department, acts like she rules the roost and demands to know anything and everything that’s going on? Have they noticed how Laura pushes peoples’ buttons and tries to zero in on the tiniest of minutia? How the heck does the mayor of Port Charles have the time to be all up in everyone’s business the way Laura seems to?

Anyway, Laura’s also hatched a plot that’s incredibly transparent. Laura’s bringing in her own husband to give Cyrus Renault a psychiatric evaluation. Of course, Kevin is totally acting in an unethical manner. As a healthcare professional, he’s willing to skew the results of Cyrus’s mental evaluation. Kevin is completely willing to go along with his wife’s morally questionable decisions!

General Hospital Spoilers: Valentin Attacking Every Business In Port Charles – What Happens When He Invades "The Invader?"https://t.co/lMOcUaeZss

Doesn’t any GH viewer find this behavior just as bad as some of the worst GH bad guys in recent years? Even if one argues that Laura and Kevin’s behavior is all in a good cause, hasn’t anyone heard of altruistic evil?

The truth is that Laura and Kevin are going to fail in their plot to have Cyrus committed. Even if he is evaluated in a mental hospital for some time, someone somewhere … perhaps even Robert Scorpio (Tristan Rogers) … will come along and ruin their day. America has oversight. The country ensures a check and balance of powers. If nothing else … Laura’s going to find people don’t like overbearing politicians.

In that case, Laura’s seat as queen (mayor) of Port Charles may come to an unceremonious end when she isn’t reelected!