The Bold and the Beautiful Spoilers: Wyatt Thrown By Sally’s Romantic Evening – Next step In Her Devious Plan Revealed 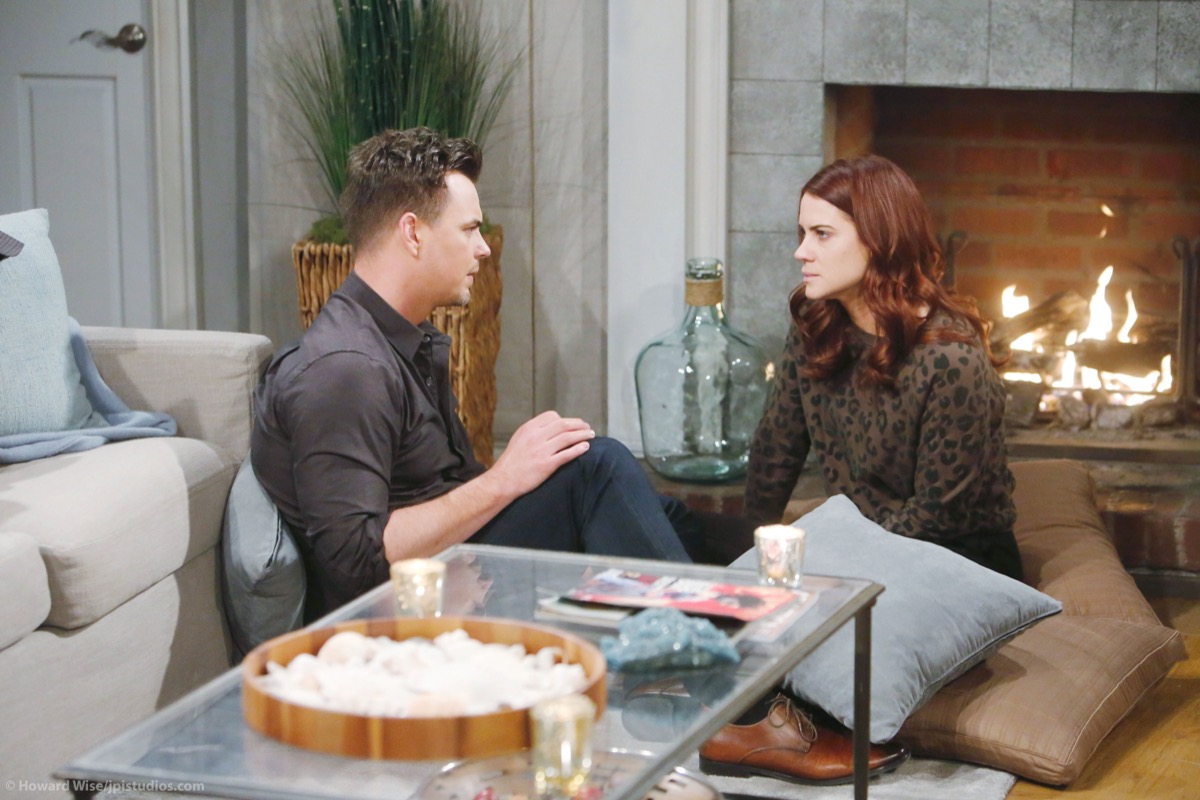 The Bold and the Beautiful (B&B) Spoilers hint that Wyatt Spencer (Darin Brooks) will be thrown off by a romantic evening that will be set up by Sally Spectra II (Courtney Hope). This will be the next step in her plan to reunite with Wyatt and get him away from Flo Fulton (Katrina Bowden). With Wyatt falling for her act of being sick, will her plan work?

The Bold and the Beautiful Spoilers- Sally Continues Her Tricks

Wyatt found out about Sally’s illness; he felt like he needed to be by her side throughout the time that she had left. Flo also pushed him into trying to reconnect with Sally so that she would not be alone while she was dealing with the reality of her situation.

However, little did they know they were being tricked by Sally, who had plans of using their kindness to get what she wants. Sally’s tricks will grow as time goes by, especially when she learns that Flo is close to exposing her. This will lead her to make some drastic decisions in order to get Wyatt back and will put together a romantic dinner.

The Bold and the Beautiful Spoilers- Wyatt gets a Surprise Evening

Feeling the walls closing in on her, Sally will decide to up the antics and will put together a romantic evening for her and Wyatt. This may happen after Sally finds out that Flo went to visit Dr. Penny Escobar (Monica Ruiz). As this will lead to Flo getting evidence against Sally that will show that Sally is lying about her illness.

Bold And The Beautiful Spoilers: Brooke Devastated And Distraught While Ridge Parties With Shaunahttps://t.co/04BB9pYZ2n

However, Wyatt may not be convinced by Flo’s evidence and will want to put his trust in Sally. Not wanting to believe that Sally would lie about a severe illness, Wyatt may decide that he will continue to help Sally. This will lead to Sally, putting together a romantic evening, which will shock Wyatt, and he will not know how to handle the situation.

Things are going to get a little more complicated for Wyatt and Flo as Sally continues to use her “condition” in order to manipulate everyone. What do you think? Will Sally be able to continue to manipulate Wyatt, or will Flo get through to him? We’ll give you updates as other B&B news comes in. Stay tuned to the CBS soap, and don’t forget to check HH often for the latest Bold and the Beautiful spoilers, updates, and news.

The Bold And The Beautiful (B&B) Spoilers: Disagreement Over Thomas Leads To…

The Bold The Beautiful (B&B) Spoilers: Will Thomas Try To Take Everything From…

The Bold and the Beautiful Spoilers: Steffy’s Bond With Jailed Liam –…