Bold and the Beautiful Spoilers: Katie Needs A Hot Young Rebound, Will She Cross Paths With Vinnie? 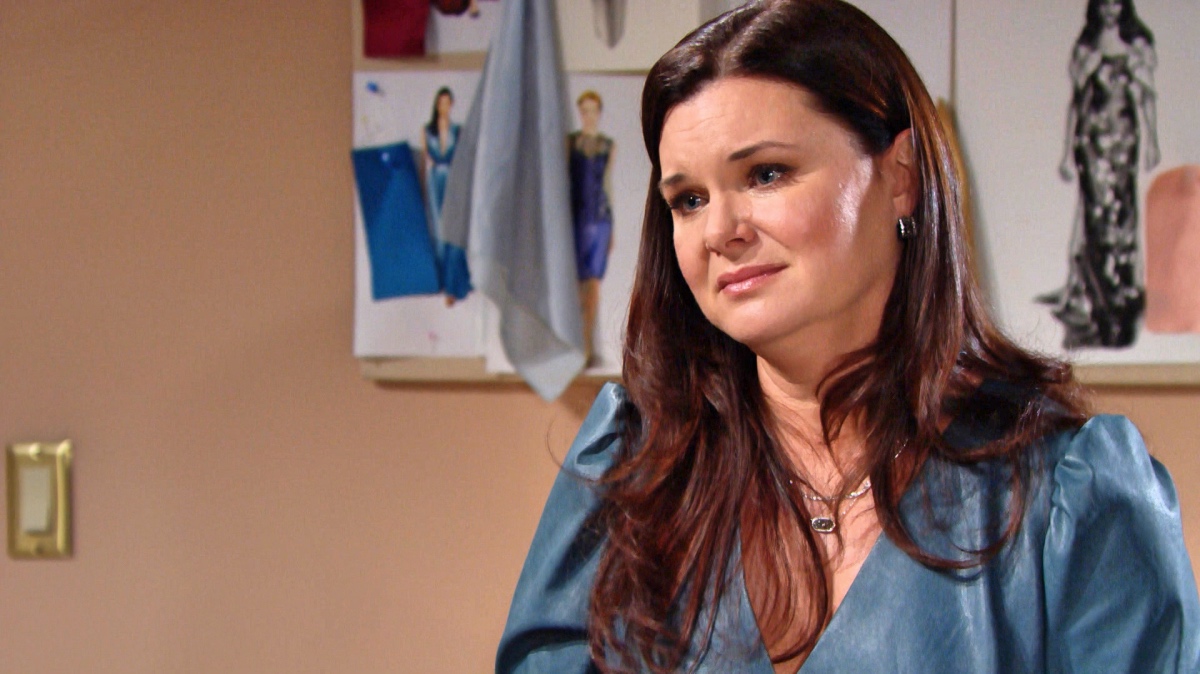 The Bold and the Beautiful spoilers reveal that Katie Logan (Heather Tom) has kicked Bill Spencer (Don Diamont) to the curb. After being betrayed once again, is it time for her to move on? Perhaps she needs a rebound to help her get over Bill. Vincent “Vinny” Walker (Joe LoCicero) might be just what she needs to help her “bounce back” from Bill’s betrayal.

B&B spoilers reveal that the latest betrayal was not the first — or second — for Bill. This makes the third time that he has betrayed Katie with her own sister, Brooke Logan Forrester (Katherine Kelly Lang). This time, Katie might not be able to forgive and forget.

The Bold and The Beautiful Spoilers: Brooke Determined To Get Her Man Back, Heads To Vegas To Hunt Him Down

Since Bill is so loose with his lips when around Brooke, maybe it would be in Katie’s best interest to find a hot, young man to distract her. Katie is a beautiful woman who doesn’t deserve the treatment she’s received from Bill, as well as Brooke.

We already know that this time, Katie isn’t holed up at home crying over being betrayed. She actually seems numb to it and is just accepting it as this is the way Bill will always be. However, that doesn’t mean Bill is out of her mind. A rebound could help her with that.

The Bold and the Beautiful spoilers suggest that Katie might end up crossing paths with Vinny. Now, the two might have seen each other from time to time at certain events since Vinny is Thomas Forrester’s (Matthew Atkinson) best friend. However, what happens when the two end up meeting in a more solitary setting? Could these two end up hooking up? Hey, it’s always possible.

The Bold and The Beautiful Spoilers: Watch What You Wish For! Shocking Twist, Sally Gets Sick For Real? https://t.co/5z2eJHM029 pic.twitter.com/ovYeWzr3Lq

The Bold and the Beautiful Spoilers: Crossing Paths with Vinny Walker

It seems that one of the reasons why Katie keeps going back to Bill is because there are a lack of options. The soap doesn’t have a large cast, so the characters keep reigniting passion with people they’ve been with before. Vinny has been on the show awhile, but not as a series regular.

Fans definitely show interest in seeing more of him. Perhaps this is the way for him to get more screentime, as well as give Katie a juicy way to get over Bill.