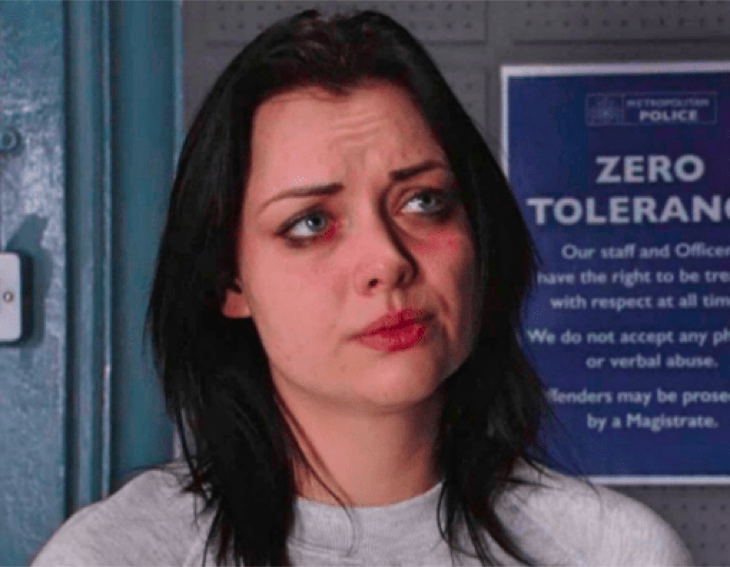 EastEnders spoilers hint that Leo’s mother, Michaela Turnbull (Fiona Allen), may be coming back to Albert Square. This will lead to her confronting Whitney Dean (Shona McGarty) about Leo King (Tom Wells). What might she have to say to her?

EastEnders Spoilers: Mick And Linda’s Secrets Revealed – Linda Guilt Gets To Her

Whitney has been going through a lot in the last couple of months. She was first stalked by Leo and was not taken seriously by law enforcement. This leads her to become stressed out, which resulted in her hair falling out and for her to live in fear constantly.

After stalking her in her own home, he tried to take her life, which leads to a struggle between the two. This resulted in the death of Leo, who fell into the knife that he tried to kill Whitney with. After being arrested, she spent time behind bars awaiting her bail hearing and has since been released on bail after Gray Atkins (Toby-Alexander Smith) found new evidence to prove that she was being stalked. Gray reassures her that he will continue to represent her and prove her innocence.

Viewers may remember that the last time that Michaela was seen in EastEnders, she was viciously attacked with a briefcase by her son, Leo, who would go on to lock her in the boot of a car. It seems that in the upcoming episodes, that she will be coming back and will face Whitney head-on something that she was not able to do when she last came to Albert Square.

She did tell her son that she was not okay with him being near Whitney, but he ignored her as he then became obsessed with her, which lead to his death. Things will become complicated for Whitney when Michaela decides to track her down in order to speak with her. When she finds Whitney, she lets her true colors show as she blames Whitney for everything that happened, including the death of her son. This leaves Gray and Chantelle Atkins (Jessica Plummer) to calm Whitney down, but this does not stop Michaela from causing more trouble later as she shows up to the Vic. However, Gray gets in between them and warns Michaela to stay away.

Viewers will see Whitney getting into more trouble as Leo’s mother comes back. What do you think? What part may Michaela play in the future? Watch EastEnders from Monday and Friday at 8 pm and Tuesday and Thursday at 7.30 pm on BBC One to find out what happens next.