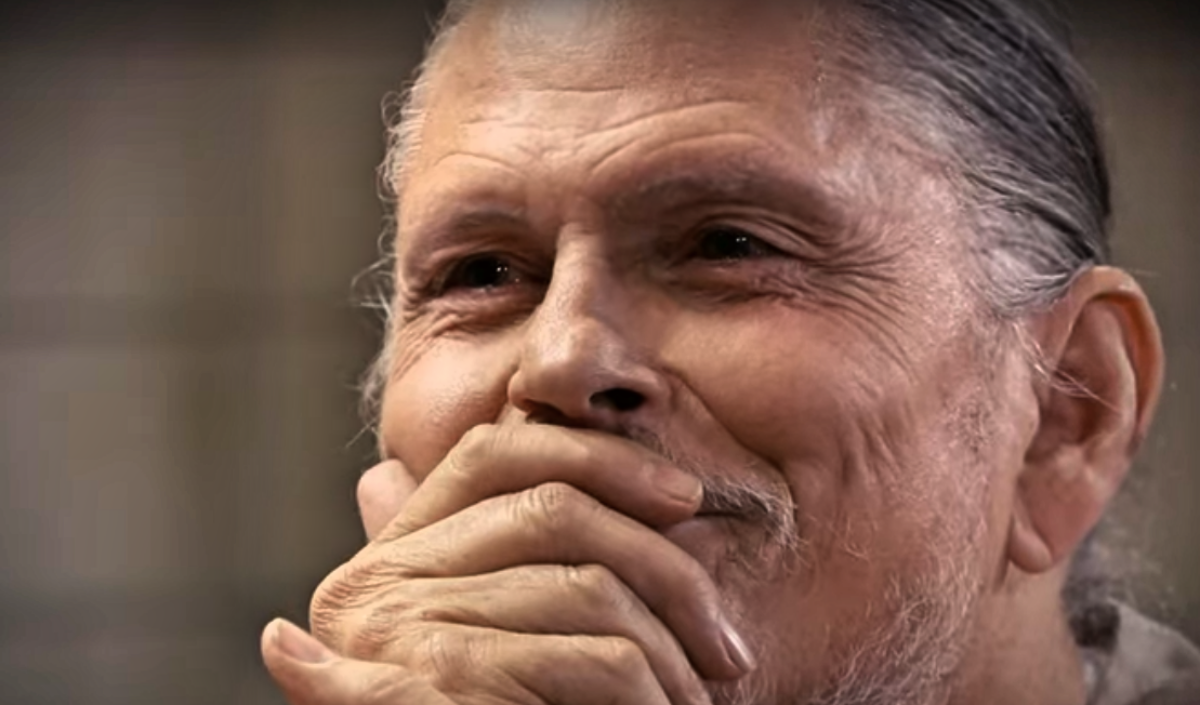 General Hospital (GH) spoilers suggest that the evil Cyrus Renault (Jeff Kober) could be holding an incredible secret over Lorraine “Harmony” Miller’s (Inga Cadranel) head. GH fans know that Cyrus has been blackmailing Harmony for a while now. However, no one seems to know what kind of leverage Cyrus has.

Some GH fans have speculated that perhaps Cyrus Renault knew Harmony from her time as Hank “shiloh” Archer’s (Coby Ryan McLaughlin) lover. How could this possibly be, some might ask? Remember for a moment that the Dawn of Day cult was not some fly-by-night operation.

Shiloh always cash on hand and drug use was a part of many Dawn of Day rituals. It’s been suggested then, that Cyrus was using the Dawn of Day cult as just one front for his drug operations in Port Charles.

Now, just because Cyrus may have known Harmony from back in the day, it doesn’t mean the man had leverage over her because of that. Surely Cyrus would have to have something big on Harmony in order to turn her into a willing accomplice in his scheme to become the top crime boss in Port Charles. What could that something be?

GH viewers may agree that on several occasions Harmony has dropped hints, even to Willow, that she isn’t Willow’s biological mother. For example in a conversation with Willow and Harrison Chase (Josh Swickard), Harmony talked about how happy she was when Willow “came into her life.” Notice that Harmony didn’t say she was so happy when “Willow was born.” Theories abound, but one of the most prevalent is that Harmony adopted Willow at some point and has hidden that fact from Willow for the entirety of her life.

If one of Harmony’s chief priorities was keeping the circumstances of Willow’s birth secret, and Cyrus happened to learn that secret, what GH fan believes he would not exploit that knowledge? Everyone knows that while in Pentonville Prison, Cyrus needed people whom he could use on the outside. Cyrus needed eyes and ears, and those who could act as his mouthpiece.

Harmony is a weak GH character. Even the slightest amount of leverage might cause Harmony to cave to the pressure. Remember that Harmony talked with Jordan Ashford (Briana Nicole Henry) and admitted that she was being blackmailed. Harmony told Jordan that if she didn’t follow Cyrus’s orders then she would have to live with the consequences.

GH fans have assumed that meant Cyrus would physically harm Willow. However, what if Cyrus’s threat was simply to tell Willow the truth about who her real mother is? What if Cyrus were to tell Willow that her mother is Nina Reeves (Cynthia Watros) and not Harmony as she has believed her whole life? Just how devastated would both Harmony and Willow be then?