General Hospital Spoilers: Julian Continues To Beg Alexis For Forgiveness – Will We Ever See ‘Julexis’ Again? 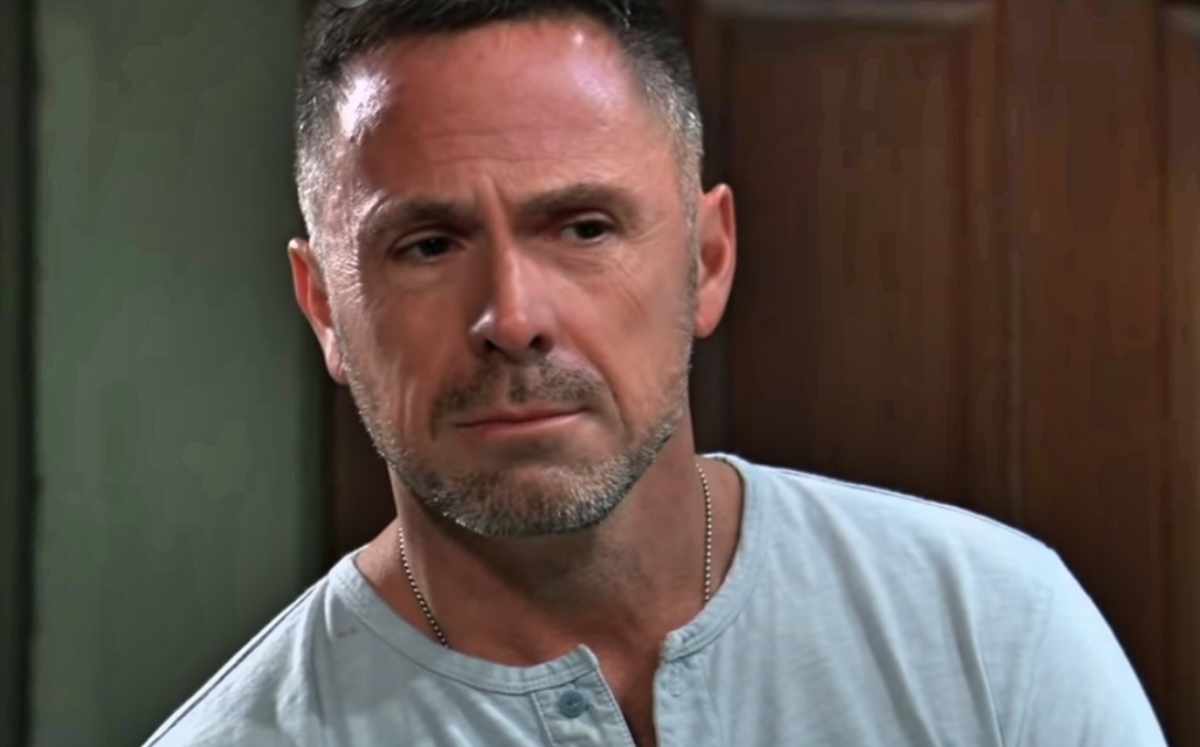 As GH fans know, not that long ago Alexis broke down and had a shot of vodka. Although Alexis beat herself up over it, viewers may be willing to cut her a break. First of all, Alexis only had one drink, which didn’t come close to making her drunk. Secondly, Alexis called for someone to come and pick her up from the bar where she broke her AA commitment. It’s not like Alexis went off the deep end, got slammed and then drove home inebriated.

Be that as it may, GH fans know that Alexis found herself at an Alcoholics Anonymous (AA) meeting at General Hospital practically the next day. There she did a lot of confessing of sins, and when it was all said and done, Neil showed up. Everyone else had gone, except for Alexis and Hamilton Finn (Michael Easton). After Alexis and Neil were able to get Finn out of their hair they began to have a serious conversion.

As everyone knows by now, Jullian interrupted their talk.

Now, it’s pretty clear that Julian Jerome still has feelings of some sort for Alexis. While he protested to Britt Westbourne (Kelly Thiebaud) that he had moved on with his life, GH fans may not be quick to agree. Out of everyone that Alexis called, who was it that came running when she needed help? That’s right. It was Julian. Besides the incredible history that Alexis and Julian share, the formerly married couple have a child and grandchildren. Most people can’t just turn the emotions that come from such a connection off altogether. When it comes to Julian, a lot of GH fans would argue that he’s kept a spark of love for Alexis alive somewhere deep within.

General Hospital Spoilers: Dev Has been Out Of The Picture on GH – Where Is Ashton Arbab? https://t.co/zu6mp75pxS #GH #GeneralHospital

Of course, people may argue that Alexis is a grown woman and, just like Britt suggested, whatever Alexis does is no longer Julian’s business. Heck, even Alexis screamed as much when she went off on the rant of ages after Julian’s assault on Neil. Still, others may argue that Julian’s heart was in the right place even if his head wasn’t.

GH fans might see a cooling of the relationship between Julian and Alexis in the near future. In fact, Julian and Alexis’s relationship may become quite icy indeed. However, that situation isn’t likely to last for long. Julian will probably need some time to cool off. In the meantime, though, Julian may beat himself up over his assumptions and interference in Alexis’s life.

What Julian told Britt is probably true. Julian may have moved on with his life. With that said, moving on doesn’t mean that one stops caring. It doesn’t mean you let those you care about be taken advantage of or make damaging mistakes. Julian based his actions on good intentions. Alexis knows that.

Julian will probably apologize and then apologize again. It might take a while, but Julian and Alexis won’t be estranged forever.