General Hospital Spoilers: Sonny’s Rich, Why Doesn’t He Have Mike Home With 24/7 Care? 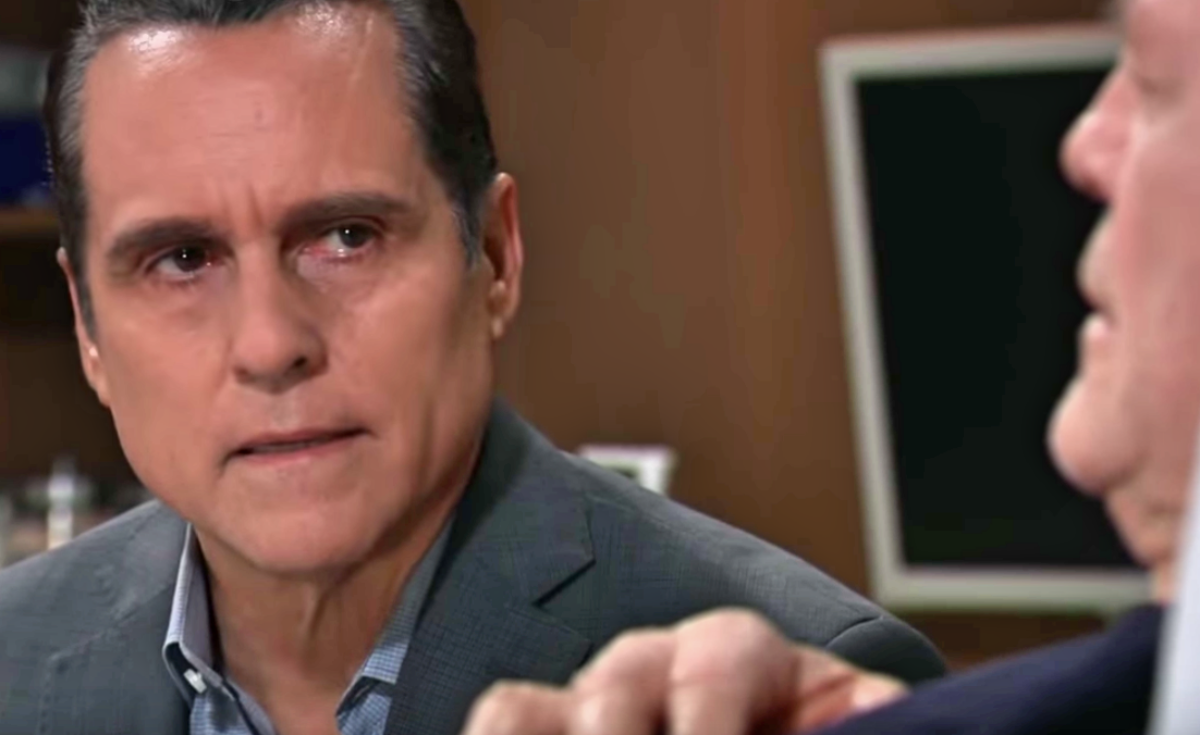 General Hospital (GH) spoilers revealed that Mike Corbin (Max Gail) recently told Sonny Corinthos (Maurice Benard) that he wanted to go home, not to the Turning Woods medical center, but to Sonny’s home. GH viewers know that Mike has been in a hospital room at General Hospital where he was taken after a fall.

GH viewers know that Sonny recently leaned over and buried his head on his wife, Carly Corinthos’s (Laura Wright) shoulder. In misery, Sonny confessed that he felt like he just “couldn’t do it anymore.” Of course, Sonny was talking about the fact that he’s had to be up at General Hospital to be with Mike. Sonny’s dad seems to be entering the later stages of Alzheimer’s disease and the impact on Sonny is taking a mental and emotional toll.

As some GH fans may remember, Sonny told Mike that soon, he’d get better. However, Mike nearly started to cry and said the kind of things people hear when an elderly person is getting ready to die. Then he begged Sonny to take him home. Sonny reminded Mike that of course, after the hospital stay and Mike was better, he’d go back to his place at the Turning Woods medical center.

However, Mike corrected Sonny. Mike told Sonny, no problem … he’d go back to Turning Woods. But, after that, couldn’t he go to Sonny’s home?

As anyone who has dealt with an elderly parent, especially one with dementia knows, the stress can be enormous. Many GH fans who might have been in a similar situation may not have had the resources necessary to handle advanced home health care. However, is that the case for Sonny Corinthos?

Some GH fans have expressed surprise and perhaps a bit of outrage. Everyone can see that Sonny cares about Mike. Even Carly seems to care about him. Why can’t they actually take Mike home with them and let the old man live out the remainder of his years with family? Surely Sonny can afford it! After all, the Corinthos Coffee brand is doing well. Whatever business Sonny’s coffee brand might be a front for is making money hand over fist. And, of course, that begs the question …
If it’s not a matter of money, what is it then?

Some might argue that even if Sonny has the monetary resources to take care of Mike, the Corinthos family just might want to deal with a sick old man in the Corinthos mansion. However, many GH fans might agree that this would make the Corinthos clan just a tad on the cold, unsympathetic, bastard side of things. Right?

There are some things to consider. Neither Sonny, nor Carly, nor any member of the Corinthos household would actually need to lift a finger to help with Mike’s physical care. Sonny could simply have to choose a well-regarded, in-home care service for those with Alzheimer’s disease. There are plenty home health care providers that offer these types of services.

A licensed healthcare professional could take a live-in position at the Corinthos estate. That individual would be there to take care of Mike day-in and day-out. Sonny wouldn’t have to worry about wound care, injections, physical therapy, or any other medical needs Mike happened to have!

GH fans might ask themselves why Sonny would choose not to bring Mike home in light of the facts.