General Hospital Spoilers: Why Does Anna Want Peter To Be Her Son So Badly? 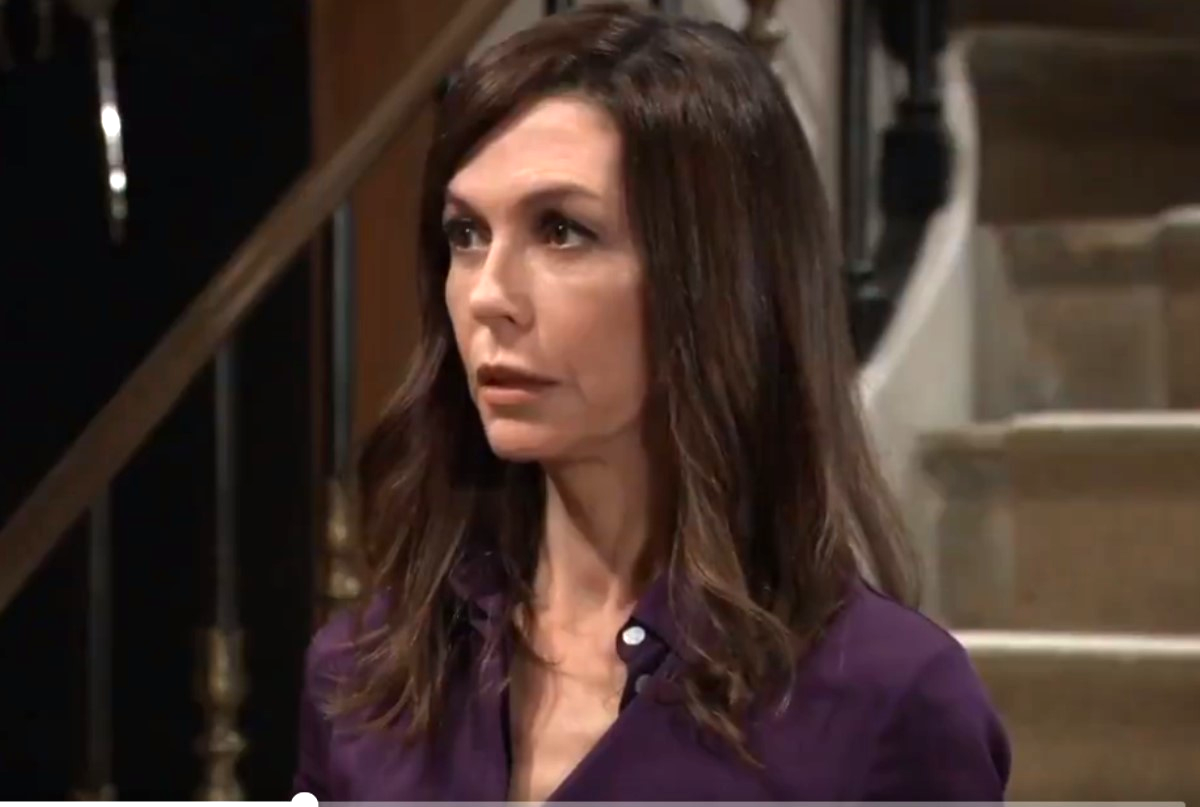 General Hospital’s Anna Devane (Finola Hughes) has an almost unhealthy need for Peter August (Wes Ramsey) to be her son. Anna would give up anyone to make Peter believes he is loved and accepted. Why is Anna so insistent on Peter being her son?

General Hospital’s Anna knows that she was put through the memory mapping procedure as well as Drew Cain (Billy Miller) and Jason Morgan (Steve Burton). Anna knows that she has some of her sister’s memories. Anna also knows that she would not have compromised herself to sleep with Cesar Faison (Anders Hove). Anna was more of a professional than that. Does Anna really think Peter is her son or does she simply feel sorry for him because he has no one?

General Hospital Spoilers: Nikolas Wants A Relationship With Ava – Real Love Between Them After All? https://t.co/jSFv7NreOQ pic.twitter.com/gQeN1PyR4S

General Hospital’s Peter is completely underhanded and not trustworthy. Peter acts completely like Faison. However, Peter is also a backstabber, just like Alex Marick (Finola Hughes). Peter is the perfect combination of Alex and Faison. There is no way that Anna can honestly believe that Peter is her child. Peter acts nothing like Anna. Peter was ready to kill Anna when he first met her. Regardless of his feelings of abandonment, Peter would not have been able to kill his mother. Jason would not have had to save Anna from her son. Peter’s need for revenge makes it obvious that he is not Anna’s child. Most children still feel a bond with their parents even if they aren’t raised by them.

General Hospital’s Anna claims to feel guilty for abandoning her son but the Anna fans know would not do that. Anna would not have given her child away no matter who the father was. It doesn’t make sense that Peter would be Anna’s child, there are too many missing pieces for this to be a reality. Anna would not have had to be reminded if she gave her child away because she would have remembered it herself and would have certainly told Robert Scorpio (Tristan Rogers) if she had given away a child. So why is Robert convinced that Peter is Alex’s son and Anna refuses to consider it? Does Anna feel sorry for her nephew because he was cast aside by his mother and simply wants him to have the family she feels he was denied?

Anna seems to feel sorry for Peter no matter who is mother is. Anna has always had a soft spot for Peter even though he tried to kill her once. Is Anna simply trying to give Peter the love she knows her sister is incapable of giving?