Bold and the Beautiful Spoilers: Sally’s Tricks May Backfire – Another Shocking Takedown Coming! 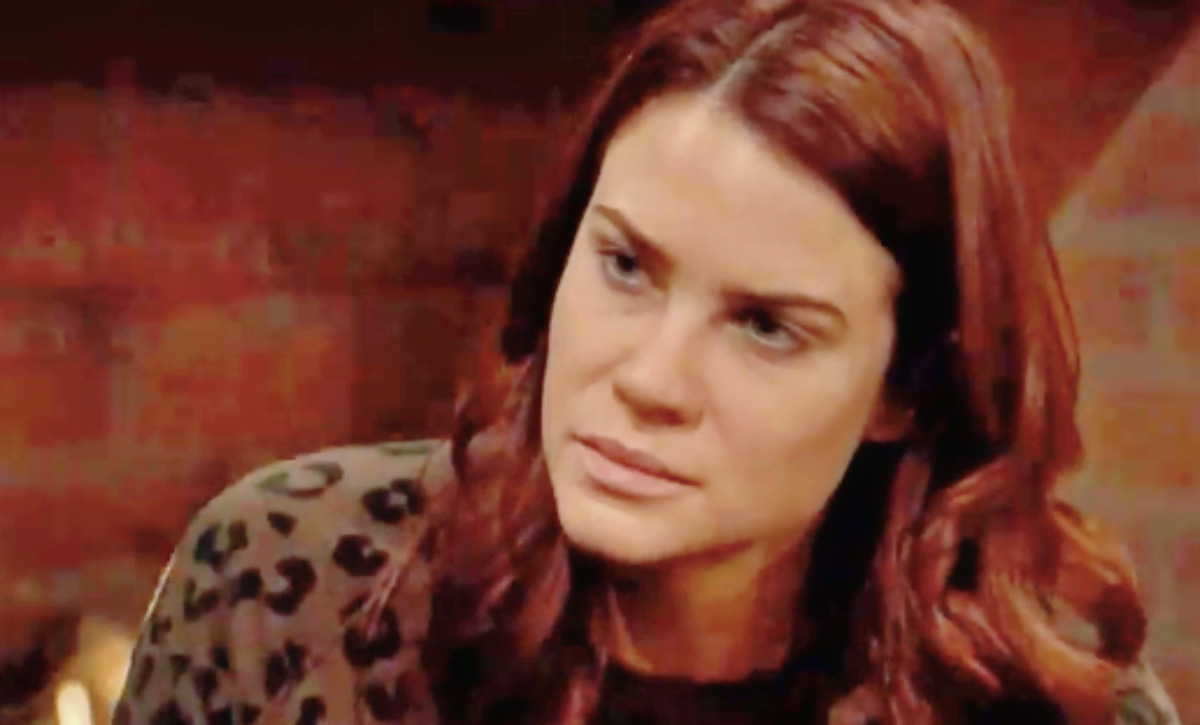 The Bold and the Beautiful (B&B) Spoilers hint that Sally Spectra II’s (Courtney Hope) tricks will backfire, which will lead to her takedown. Sally has been tricking the others into thinking she is dying, but it seems like her tricks will land her in some trouble soon. Could it be that another takedown is in the works?

The Bold and the Beautiful Spoilers- Sally Is Making Mistakes

As viewers know, Sally has been tricking everyone in town into believing that she is on the verge of dying in hopes of getting what she wants. However, it seems that she may be found out soon, and this will lead her to be exposed by Flo Fulton (Katrina Bowden), Zoe, and maybe a few others.

Sally’s mindset is focused strictly on getting Wyatt Spencer (Darin Brooks) back, which makes her more likely to make mistakes. This will mean that she will most likely get caught just like how Thomas Forrester (Matthew Atkinson) was.

This has already begun with Flo being concerned about certain things that she notices about Sally’s behavior and will begin to put together some things that might end up bothering her. For example, when she heard that Sally was emotionally manipulating Wyatt by using her illness. She also finds it strange that Sally has not been fighting her illness, which is unlike Sally’s usual personality.

The Bold and The Beautiful Spoilers: Watch What You Wish For! Shocking Twist, Sally Gets Sick For Real? https://t.co/5z2eJHM029 pic.twitter.com/ovYeWzr3Lq

The Bold and the Beautiful Spoilers- Flo Forms a Takedown Team

This could result in Flo deciding that she will try and find out if something else might be going on, which may lead her to find out that Sally is actually faking her illness. Along with her finding out about this, she may get help from Zoe, who has recently been a part of Thomas’s takedown. She has been skeptical of Sally and has questioned if it was wise for Sally and Wyatt to be near each other. Another person who may be useful in the takedown would be Steffy Forrester (Jacqueline MacInnes Wood) as she and Zoe have grown closer to each other.

It would be interesting to see another team rise up in order to take down someone else on B&B. However, what might be the way that they might take down Sally? What do you think? If you could choose, who might take down Sally, who would be on your team? We’ll give you updates as other B&B news comes in. Stay tuned to the CBS soap, and don’t forget to check HH often for the latest Bold and the Beautiful spoilers, updates, and news.

The Bold And The Beautiful (B&B) Spoilers: Shauna Forced To Lie Again –…

The Bold And The Beautiful (B&B) Spoilers: Zoe Living On Borrowed Time – How…

The Bold And The Beautiful (B&B) Spoilers: Hope Begs Justin For Help, Can He…

The Bold And The Beautiful (B&B) Spoilers: Can Carter keep His Secret From Zoe…