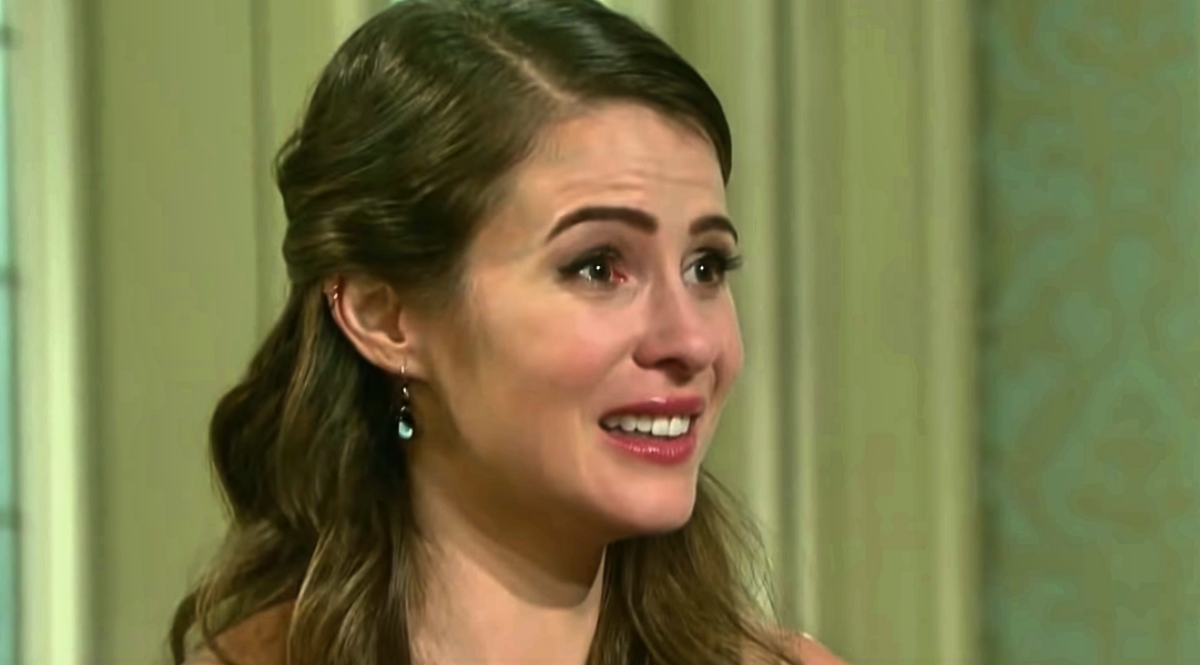 Days of Our Lives spoilers reveal that after the baby bombshell, Sarah Horton (Linsey Godfrey) makes a shocking decision. Is this concerning Mackenzie “Mickey” Horton (the May twins) or Xander Cook Kiriakis (Paul Telfer)? Or could it have to do with both of them? Is it possible that Sarah hands Kristen DiMera (Stacy Haiduk) her baby and marries Xander anyway?

DOOL spoilers reveal that on Thursday’s episode, Eric Brady (Greg Vaughan) started to tell Sarah the truth about baby Mickey. He will also let her know that Xander was involved. She will be shocked at first, then horrified. Already in her wedding gown, she marches off to go confront the man she is about to marry.

It is teased that Xander realizes that he is backed into a corner and can’t deny what he has done. He confesses to being responsible, which causes Sarah to lash out at him. Her response is completely understandable and it seems that for the time being, there won’t be a wedding.

But don’t jump too ahead of yourselves — Xander plans to explain everything so Sarah understands that he did this for her and her mother, Maggie Horton Kiriakis (Suzanne Rogers).

Days of Our Lives spoilers suggest that after calming down and having time to process everything, Sarah will eventually agree to hear out Xander. He explains everything that happened, and why he went along with it. This makes her realize that while his actions were wrong, Xander did have good intentions.

Days of Our Lives Spoilers: Giving Kristen DiMera Her Baby

There is speculation that Sarah’s shocking move isn’t really about Xander. It has been hinted for quite some time that she would eventually forgive him. So, could her shocking decision be about baby Mickey?

Her and Kristen aren’t exactly friends, but have gotten friendly. Sarah has been there to hold Kristen’s hand as she cries over her daughter’s death. Sarah knows that it would be cruel to keep a mother away from her child. Could she voluntarily hand Mickey over to Kristen? It certainly is possible.

What would be really great, though, is if Kristen and Brady Black (Eric Martsolf) offered to share custody. After all, Sarah has raised Mickey from birth up until now. To find out, we will have to keep watching the NBC soap opera.