Eastenders Spoilers: Keegan Falsely Arrested, But This Time He Could Go To Prison 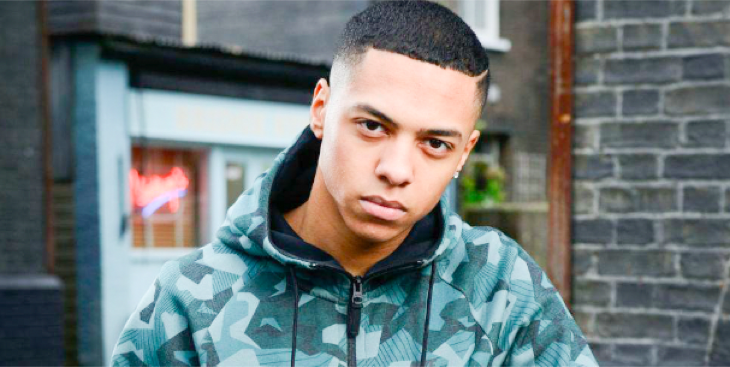 Eastenders spoilers reveal that when a party gets out of control, Keegan Baker (Zack Morris) is once again falsely accused. He ends up being arrested and Tiffany Baker (Maisie Smith) tries to get Jack Branning (Scott Maslen) to help. However, he doesn’t believe Keegan and it is possible that the young man could go to prison for a crime he didn’t commit.

Pavinder “Vinny” Panesar (Shiv Jalota) decides to throw a party and invites a lot of people. Dotty Cotton (Milly Zero) is in attendance and chooses to use the opportunity to make some cash.

However, one of Vinny’s friends insults Iqra Ahmed (Priya Davdra) and Ash Panesar (Gurlaine Kaur Garcha). This leads to an altercation and things get out of hand and as a result, the police are called.

Eastenders spoilers reveal that when the police arrive, it doesn’t make things any better. Things get even more intense and then take a violent turn. Someone throws a brick through a police car window. Even though Keegan and Tiffany try to get away, they are too late and the unthinkable happens.

It is teased that even though Keegan had nothing to do with throwing the brick at the police car window, he ends up paying the price. Once again, authorities target him and place him under arrest.

Tiffany asks Jack to look into the matter, hoping he can help clear Keegan. He listens to the young man’s version of the story but doesn’t believe him. However, Keegan does get released, but still faces charges while the police continue their investigation.

How will they get through this, especially if Keegan ends up being convinced of a crime he didn’t commit? It seems they will go through some more drama, too. Tiffany ends up dropping a major bombshell on Keegan and it could affect their marriage. What will she tell him and will it change his mind about giving his wife a replacement wedding ring? Could it destroy their union and if so, can they ever get back on track?

Do you think “Teegan” stands a chance or did they really get married too young and too fast? Fans will have to keep watching the soap opera to find out how this storyline ends.