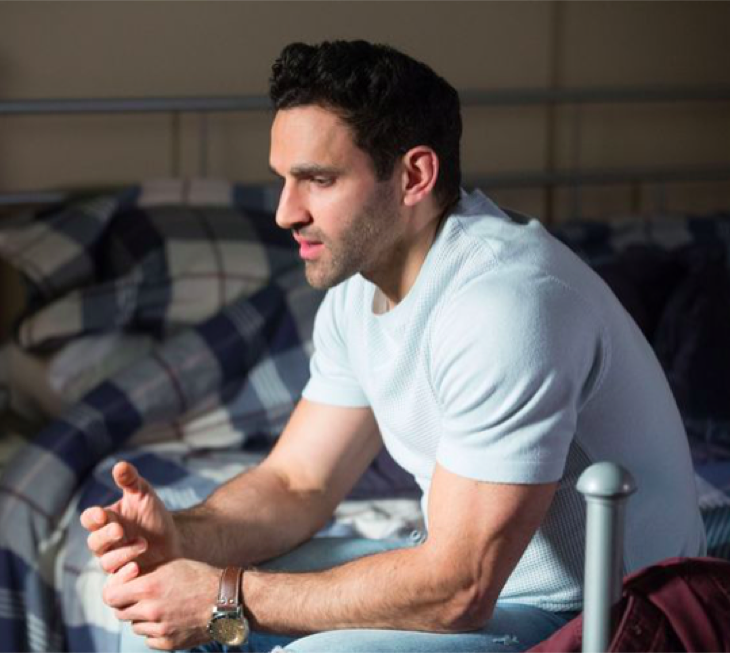 EastEnders spoilers hint that Kush Kazemi (Davood Ghadami) will learn a shocking secret. Being left behind by girlfriend, Kat Moon (Jessie Wallace), Kush will be looking after the kids on his own while Kat is out of Walford. This will lead him to discover learning a secret about Tommy Moon (Ralfie White and Shane). What could this big secret be?

After Kat left Walford, Kush began looking after the children as well as Jean Slater (Gillian Wright) and Mo Harris (Laila Morse). He begins to juggle his newly found responsibilities but notices that Tommy’s behavior has changed and that he is acting out of character. However, something makes him realize what might really be going on after he speaks to Jean- who reveals that she is no wearing a wig- he begins to realize that Tommy may be having trouble involving his school life and decides to approach him about this.

While looking after the kids, Kush finds reasons to believe that Tommy may be concerned that he is keeping something to himself. This leads him to wonder what might actually be going on and tries to get him to tell him what might be going on. He will later learn that the young boy has taken a disliking to attend school. The young boy decides to open up to Kush, which will make him keep his secret from Kat.

This leaves Kush in a weird situation as now he has to keep the secret from Kat even though he is in a relationship with Kat. Of course, this could cause a problem for him as he will know that Kat would want to know what her son is currently going through. This will put him into a complicated situation.

It will be interesting to see how Kush will decide to handle the situation as he wants to be honest with his girlfriend, Kat, but he wants Tommy to be able to trust him as well. What do you think? Should Kush keep this a secret or tell Kat about what he has learned? How might Kat react to learning about her son’s problems with going to school? Watch EastEnders from Monday and Friday at 8 pm and Tuesday and Thursday at 7.30 pm on BBC One to find out what happens next.