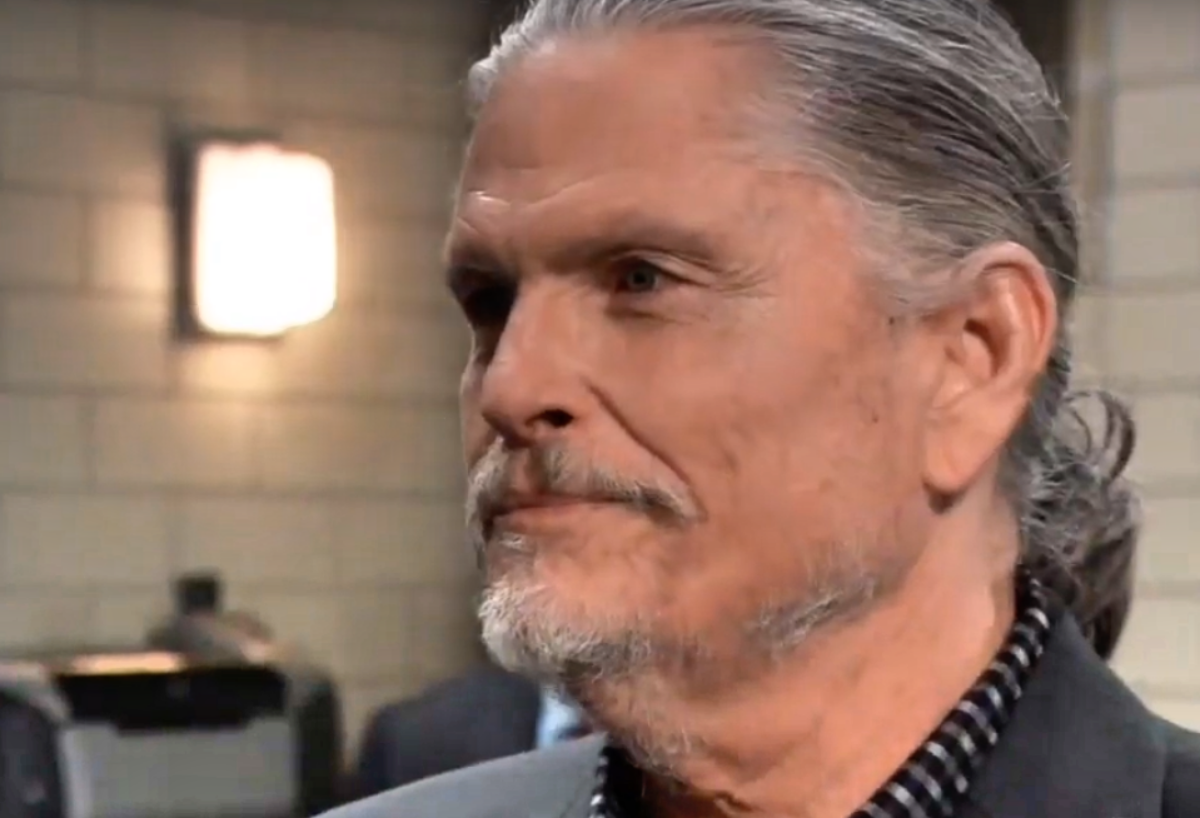 General Hospital (GH) spoilers suggest that Cyrus Renault (Jeff Kober) may be a hard man to kill. GH fans know that recently, Cyrus’s arch nemesis Sonny Corinthos (Maurice Benard) gave Jason Morgan (Steve Burton) the kill order. While viewers know that Cyrus is still very much alive, one has to wonder how long that will last.

Some may wonder what game Cyrus Renault is playing. After all, as soon as Cyrus was released from Pentonville Prison, the criminal mastermind headed straight to the Metro Court Hotel. Surely Cyrus knows that Sonny has it out for him. Of course, Cyrus knows that he’s a marked man. Why then, would Cyrus gamble with his life by heading straight into the lion’s den?

General Hospital Spoilers: Alexis’ Daughters Are Taking After Her In The Worst Way Possible

The answer is as Dr. Kevin Collins (Jon Lindstrom) suggested not long ago. Cyrus is somewhat of a narcissist. Moreover, Cyrus is a master at strategy and tactics … many of which are psychological in nature. Cyrus knows that by showing a fearless face he’s actually playing on the fears of his enemies. Cyrus knows that by boldly walking into his enemy’s territory he is delivering a gigantic message to Sonny. That message, of course, is “Go to hell, because I’m not going anywhere.” Cyrus’s is a message of strength

Despite Cyrus’s bravado, however, he has many enemies. From Port Charles’s mayor, Laura Spencer (Genie Francis), to his old protégé, Jordan Ashford (Briana Nicole Henry), from Sonny Corinthos to Jason Morgan (Steve Burton), a host of people would like to attend Cyrus’s funeral. Now that police officers and prison guards no longer surround Cyrus, his life may not be worth two shakes of a lamb’s tail.

With that said, Cyrus isn’t stupid. How likely is it that outside of a brief, calculated appearance at the Metro Court Hotel, Cyrus will just hang out openly in Port Charles? Not very bloody likely! That’s the answer to that question. Any smart villain would go to ground soon after an appearance such as the one Cyrus made. Cyrus’s life may indeed be cut short, but it’s not probable that it will be now or even in the very near future.

Should Cyrus decide to go into hiding, one has to ask … where will he go? Does Cyrus have wealthy associates in Port Charles? Could Cyrus ally with someone like Valentin Cassadine (James Patrick Stuart)? GH fans might agree that Cyrus may need friends in times like these. Cyrus may need those who can offer him aide and comfort.

Failing that, Cyrus would then need someone with resources whom he could bribe, trick, blackmail or force into offering their home, apartment, hotel room, business or other location for his use. Cyrus may have need of these things effectively to hide from those who wish to kill him.

On the other hand, Cyrus could be more aggressive than that. Once the man has identified everyone whom he wishes to kill or have killed, mightn’t Cyrus try to set himself up in a location where he could observe his targets? How likely is it that Cyrus might conceal himself in a place quite close to the Corinthos estate, perhaps right under Sonny’s nose?

One thing is certain, GH fans may be able to expect a supreme cat and mouse game to begin in the very near future!