The Bold and the Beautiful Rumors: Douglas Turns Into A Bad Boy Just Like Father Thomas 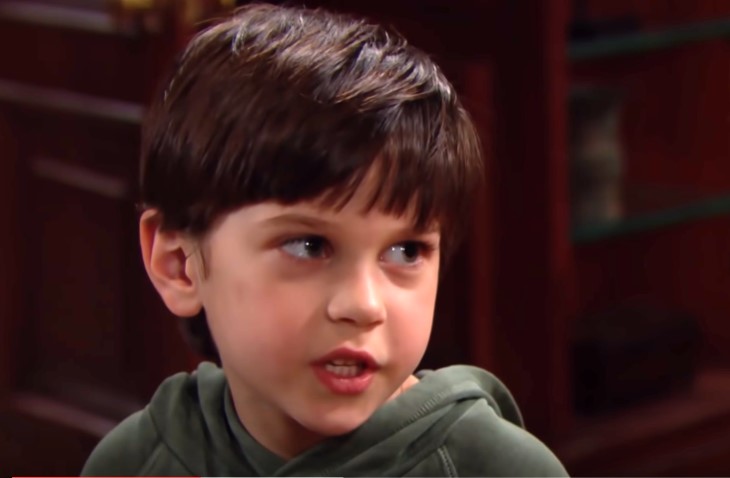 The Bold and the Beautiful spoilers indicate that a behavior change could be happening to Douglas Forrester (Henry Joseph Samiri).

B&B fans have fallen in love with sweet, young Douglas. The boy has been a huge focus of Thomas Forrester (Matthew Atkinson) and Hope Logan’s (Annika Noelle) storyline.

Thomas used his son as part of his sick plot to get Hope. Douglas grew close to Hope and considered her his new mommy. Hope loved Douglas like he was her own child and fought Thomas for custody of the boy.

The Bold and the Beautiful Spoilers: Wednesday, April 8 Recap Ridge Moves In With Shauna – Quinn Won’t Apologize For Video Exposure

Now that Thomas’s manipulations have been exposed, Hope is going to be raising Douglas. Together with Liam Spencer (Scott Clifton) and Beth Spencer (Madeline Valdez), the four are planning to be a family.

However, if Hope’s expecting things to be perfect, she’s got another thing coming.

Rumors indicate that she’ll have her hands full when Douglas’ behavior starts to change.

Douglas is a good kid, and he was a major part of Hope and Liam being reunited with baby Beth. But now the boy may be taking a turn towards the dark side.

So what’s going to cause this drastic change in Douglas’ behavior?

One theory is that Douglas will become obsessed with Hope. Viewers have pointed out that Douglas’ attachment to Hope seems unnatural.

Douglas sees Hope as his new mother. He’s happy to be with her and doesn’t want her to leave him. His feeling stems from the death of his mother Caroline Spencer (Linsey Godfrey), he doesn’t want to lose Hope like he lost Caroline.

But Douglas’ attachment to Hope could turn obsessive as he realizes he only wants her and him to be a family.

While Hope is trying to be a mother to Douglas, she also has Beth to take care of. Plus, Hope and Liam just got back together, and the couple has to catch up for the lost time.

Douglas is going to become jealous with Hope focusing her attention on Liam and Beth instead of her. Feeling neglected by Hope, Douglas could hatch a plan to ensure that he’s the center of her world.

The Bold and the Beautiful Spoilers: Flo Spots Evidence During A Conversation With Dr. Escobar – Will She Tell Wyatt The Truth? https://t.co/IU73lC3b9V pic.twitter.com/ir95oru4e5

Douglas could fake an injury or an illness so Hope can take care of him. Or his bad behavior could get worse as he plots to get rid of Liam and Beth.

With Liam and Beth out of the picture, Hope will devote more of her time to him. But the question is, how far will Douglas go to remove them from Hope’s life?

And what will Hope do when she starts to notice the dark changes in Douglas?