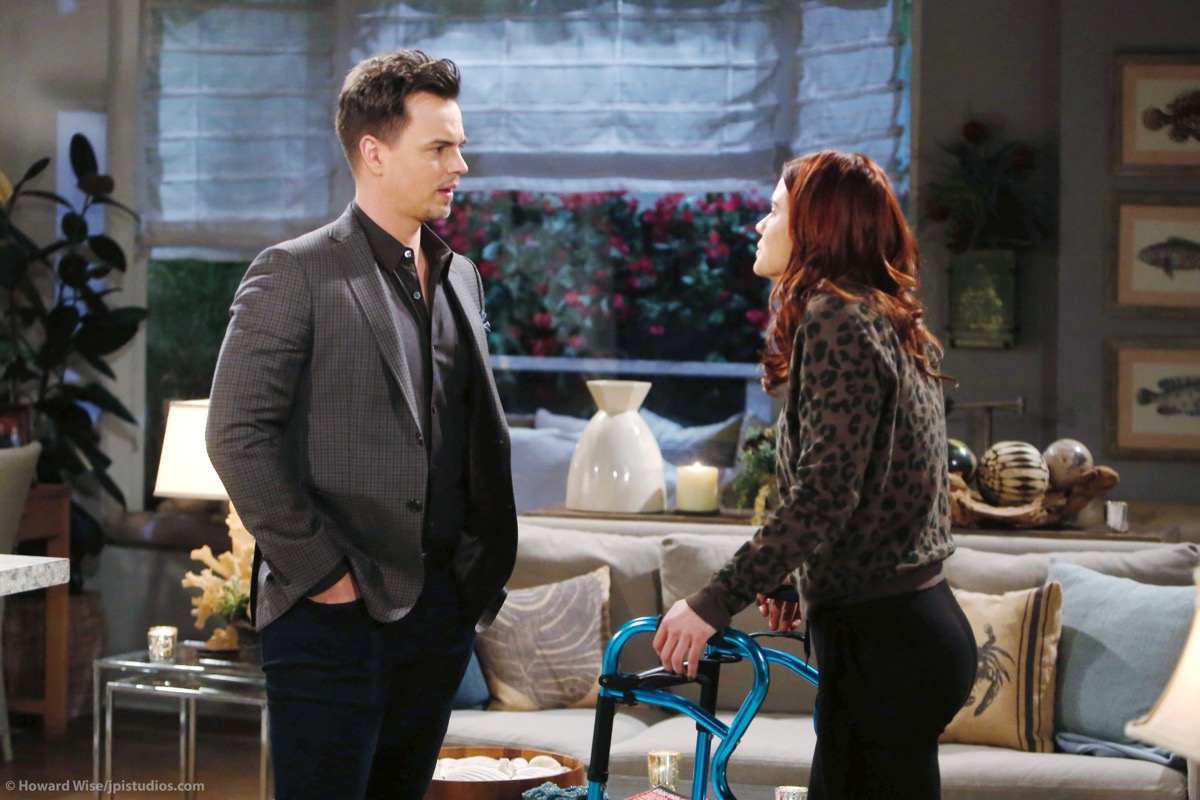 The Bold and the Beautiful spoilers reveal that Sally Spectra (Courtney Hope) thinks that Flo Fulton (Katrina Bowden) is the cause of her pain and Wyatt Spencer (Darin Brooks) is just an innocent, misguided waffler. She tries to hide her hatred for Flo from the man she loves. However, her real feels will come out eventually in an explosive way.

B&B spoilers reveal that Wyatt is the cause of Sally losing her mind and coming up with a sickness scheme that is doomed to fail. He spent so much time bouncing back and forth between Sally and Flo, that it’s no wonder the designer has gone temporarily insane. She’s not thinking straight and this behavior is so out of character for her.

It turns her from a strong, charismatic woman into someone who is desperate to get a man who clearly never loved her to begin with.

The Bold and The Beautiful Spoilers: Katie Agrees to Talk to Bill – Can She Forgive Her Cheating Man Again?

B&B Spoilers: Flo Fulton Gets What She Wants

Even though Flo really can’t be blamed for “stealing “ Wyatt this time, that is what Sally thinks. She holds Wyatt blameless and will target her rage at Flo. The more that Wyatt resists Sally, the more dangerous she could become. She is desperate to “win” back Wyatt, but happens if he never goes? What will Sally do then? When will enough be enough?

The Bold and the Beautiful spoilers for the week of April 13 reveal that Sally will have to use all of her strength to hide her true feelings. While Wyatt now realizes that Sally wants him back, he doesn’t know how much Sally hates Flo for having what should be hers. However, one can only hold that hatred secret for so long.

The Bold and the Beautiful Spoilers: Explosive Confession Coming?

It is suggested that eventually, Wyatt will learn just how Sally really feels about Flo. She will end up exploding if she doesn’t deal with her emotions in a healthier way. The more that Wyatt pushes Sally’s love at bay, the more she will hate Flo for it.

When the truth finally comes out, how will Wyatt react? Will it change how he perceives his former flame or make excuses for her behavior? To find out, fans will just have to keep watching the CBS soap opera.