The Young and the Restless Spoilers: Jack’s Abbott Family Crisis – Kyle And Theo Out of Control 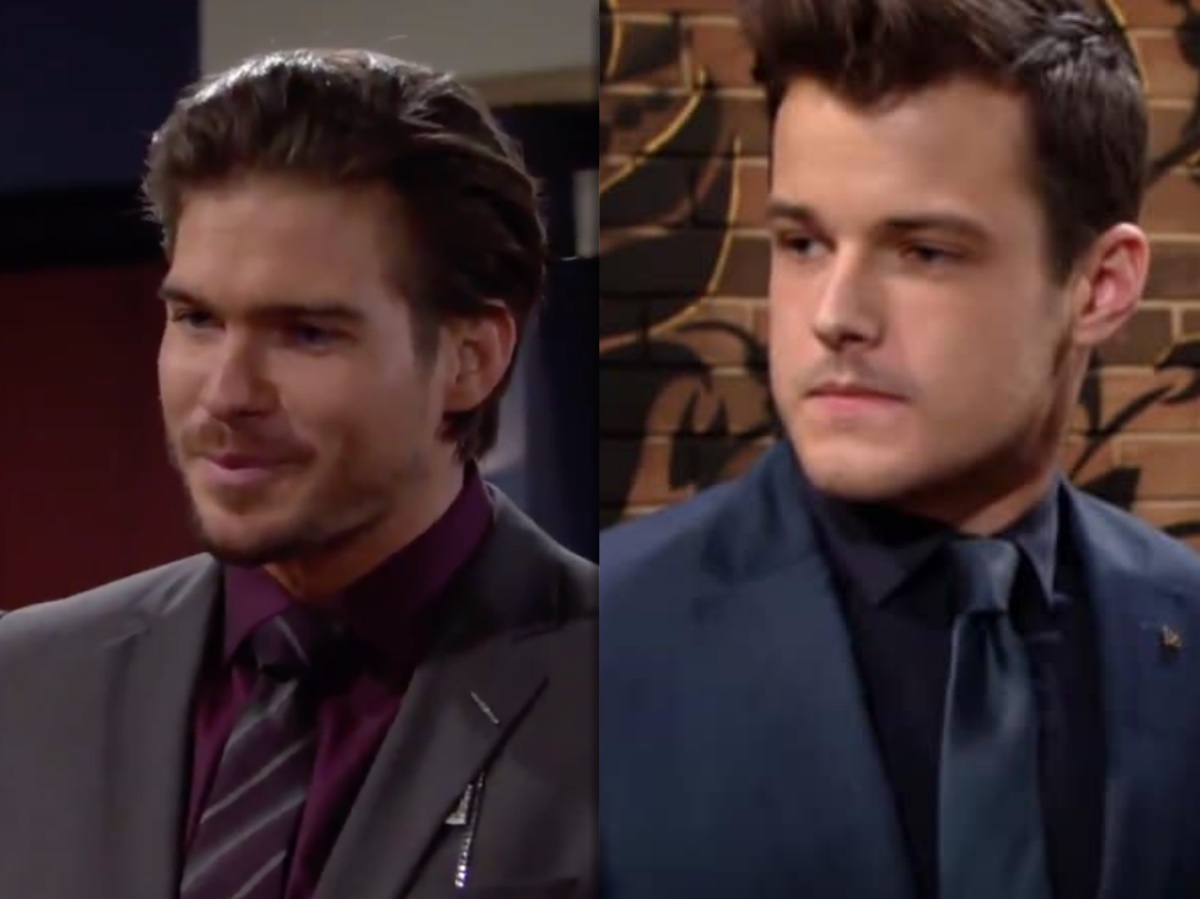 The Young and the Restless spoilers document that Jack Abbott’s (Peter Bergman) family problems are expanding. Bringing Dina Mergeron (Marla Adams) home from the memory care center was intended to allow her to live the final chapter of life surrounded by love. Instead, Kyle Abbott (Michael Mealor) and Theo Vanderway’s (Tyler Johnson) ongoing battle disrupted what was a peaceful Abbott mansion and is also threatening the stability of the family company.

Theo’s reckless plot to find dirt on Kyle and then use it to oust him at Jabot could easily produce grave consequences. Mealor’s character is sure to realize that Theo is behind whatever happens, with resulting blowback.

Young And The Restless Spoilers – Summer Newman Loyal To Love

On the plus side, Kyle knows that Summer Newman (Hunter King) has his back. Skyle’s rebound wasn’t surprising, but makes sense in retrospect based upon this couple’s history.

At one point Summer was into Theo. But he perceived her rejection of his suggestion that they might live together as a wake up call. He ended Tummer (Theo and Summer) and began pursuing Lola Abbott (Sasha Calle) in earnest.

Summer’s positive feelings toward Theo ended after she was dumped. Kola soon crashed and Skyle was revived.

Young And The Restless Spoilers – Lola Rosales Caught In The Middle

The Young and The Restless Spoilers: All In The Family – Elizabeth Hendrickson's Baby To Play Chloe And Kevin's Baby? #yr #youngandrestless https://t.co/GlvcrhKPea

Lola is part of the Abbott family and will remain so, even if she and Theo officially enter a relationship. She was part of Kyle’s team earlier in plot time, as he fought the perceived invasion of Theo into his clan.

Dina’s past was enhanced by Y&R’s writing staff. Stuart Brooks (Robert Colbert) is now said to have been involved with Dina. They had a child who was Theo’s father.

That mega reveal sent shock waves through Kyle’s psyche, as he knew his frenemy from New York was now a permanent part of his life. Jack’s son proclaimed even more loudly that Theo would create trouble. That’s happened, with the Jabot hit job yet to occur.

Theo likes Jack and knows that his uncle has his best interests at heart. But he feels completely different about Kyle and can’t seem to stop himself from repeatedly going after his cousin.

The plan to use a Jabot staffer, who usefully also detests Kyle, is risky. Theo’s gamble is that Kyle’s expected actions will be so egregious that he’ll be forced to step down as co-Chief Executive Officer, or that Jack will remove him. Theo expects to advance at that time.

Jack is war-tested through his age-old fight with Victor Newman (Eric Braeden). So, he should be savvy enough to see through Theo’s attempt, or so Kyle will likely come to hope.