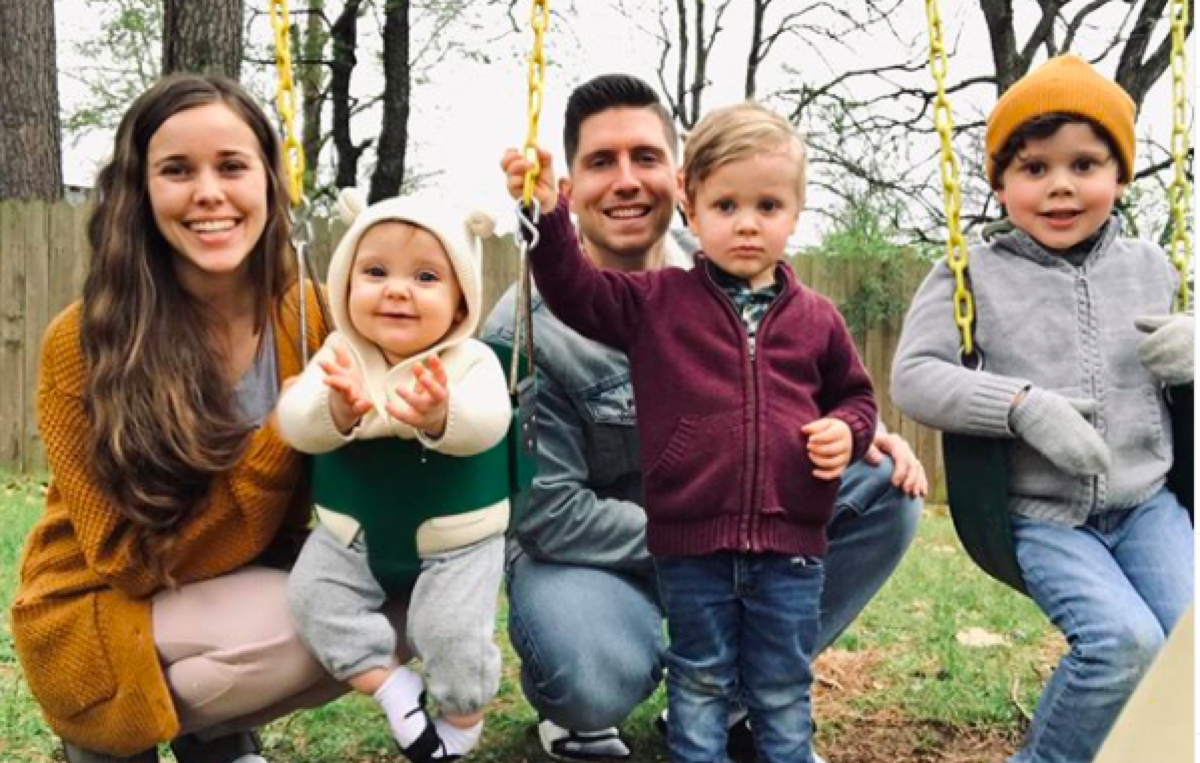 Fans are wondering if “Counting On” star Jessa Duggar is pregnant after posting about baby names on social media. Last Tuesday, she shared her discussion about the name Alice with her oldest son, Spurgeon, on Twitter and Facebook.

“I love old names and was talking with Spurgeon about this,” she shared.

“Me: ‘Do you like the name Alice, for a girl?’ Spurgeon: ‘Alice? That sounds like malice. That is not my favorite name. I prefer speeding-delighting,’” she continued.

The interaction between the two is part of Jesse’s “Sayings of Spurgeon” series. The post was adorable but it also sparked rumours that she may be pregnant.

TLC Counting On Spoilers: Unlike The Rest Of The Family, Anna Duggar Believes The Coronavirus Is Real

One fan asked if Jesse is thinking of having another baby. Another one added, “Kids are so funny. Are you expecting again?”

A third one chimed in and said, “But why the name picking? Do you have a secret?” while others wanted to find out if they missed her pregnancy announcement.

Is The Name For Another Duggar’s Baby?

There are other rumors circulating that the name could probably be for the baby of Jesse’s sister, Joy-Anna Forsyth. Viewers know that the latter is pregnant. Joy-Anna and husband, Austin Forsyth announced that they’re expecting a child back in August.

This good news comes after the couple suffered a tragic miscarriage while she was 20 weeks pregnant with their daughter Annabell Elise.

But the baby name could also be for Jinger Vuolo and Jeremy Vuolo. Although the two haven’t announced that they are having a baby, some fans think that they’re expecting. Last March, Jinger accidentally shared a #healthyfitpregnancy hashtag in an unrelated post on Instagram.

Last April 5, “Counting On” star Jeremy Vuolo posted on Instagram about being a father amid rumors that Jinger is pregnant with their second child.

He uploaded a photo of his daughter, Felicity and captioned, “I had no idea how amazing being a dad would be.”

“That is the sweetest sentence,” one fan wrote.

“She’s so precious! Adore her! She looks just like you,” another follower commented while a third one chimed in and said, “That’s because she isn’t a teenager yet … ”

Pregnancy rumors are nothing new with the Duggars. Fans will just have to wait and see who among the Duggars will make the announcement.