Days Of Our Lives Spoilers: Absence Makes The Heart Grow Fonder- Will Roman Realize That He Loved Hattie? 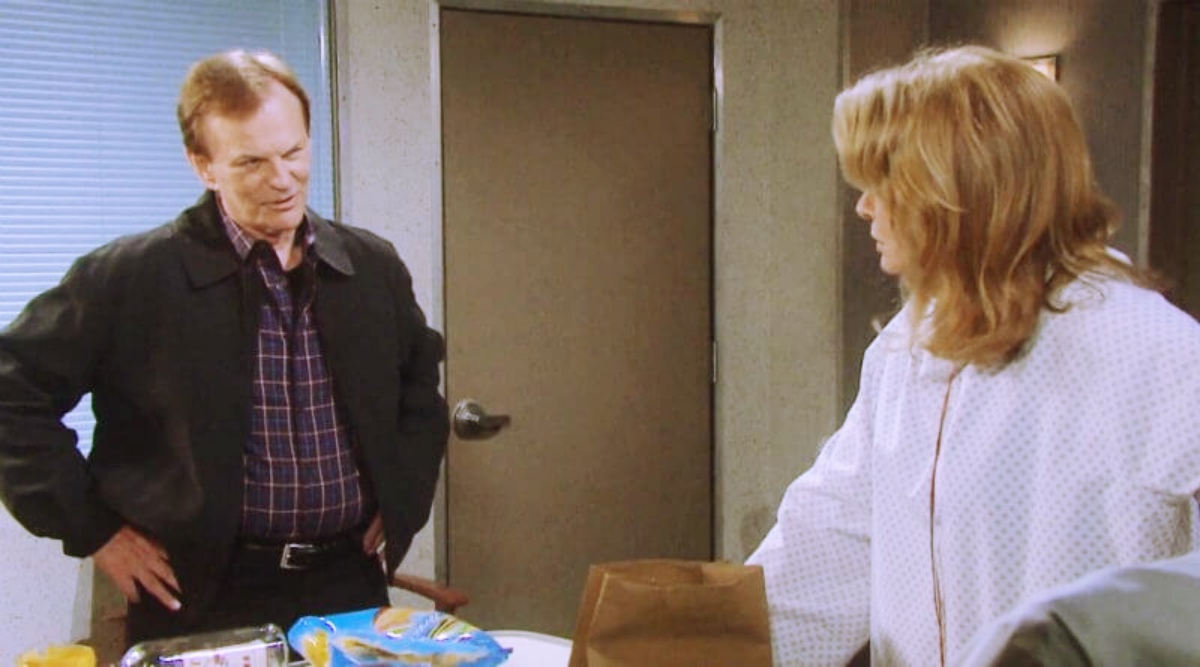 Days of Our Lives (DOOL) spoilers tease that absence may make the heart grow fonder where Roman Brady (Josh Taylor) is concerned. As viewers know, Hattie Adams (Diedre Hall) recently left town after realizing that Roman doesn’t seem to have romantic feeling for her. But is that truly the case?

Hattie looks exactly like the love of Roman’s life, Marlena Evans (also Diedre Hall). Marlena hurt Roman terribly when she chose John Black (Drake Hogestyn) over him. The fact that Hattie is identical to Roman must bring up all kinds of bad memories.

But over time, Hattie has assisted when a Marlena stand-in was needed. Most recently, she provided a needed distraction to Steve Johnson (Stephen Nichols), who believed he was Stefano DiMera (the late Joe Mascolo). Hattie put her life on the line and gave Marlena the time she needed to rescue John from Princess Gina (Kristian Alfonso).

Days Of Our Lives Spoilers: Assistance At The Pub

Hattie also provided much needed support by working as a waitress at the Brady Pub. She covered many shifts and even ran the dinner when Roman had to be elsewhere. She quickly became invaluable to Roman.

And grew more and more protective of Hattie, voicing his concern when John once again approached Hattie to pretend to be Marlena. But even as they seemed to be growing closer, Hattie finally realized that Roman didn’t have the same feeling for her. Maintaining her dignity and finally deciding to leave town.

Days Of Our Lives Spoilers: Ciara Already A Skilled Investigator Joins The Police Academy? Will It Impact Relationship With Ben? https://t.co/yuE2lKp52R pic.twitter.com/4GgKk3IHpK

Now that Hattie’s gone, Roman will have go back to a life without Hattie in it. There is no doubt that Hattie made Roman smile. Not only does no longer have the support at the pub, but Hattie’s unique personality kept things interesting for Roman.

Is it possible that now that Hattie’s gone, that Roman will realize that he does have feeling for Hattie. While it’s true that she looks like Marlena, Hattie is definitely her own person. And Roman may finally realize what he had now that it’s gone. Perhaps he should go looking for Hattie and convince to return.

Will Hattie’s resemblance to Marlena keep Roman for ever considering a romance with her? Or now that she’s gone, will Roman realize that Hattie is the woman for him. Only time will tell, so stay tuned to Days of Our Lives airing weekdays on NBC. And don’t forget to check back here regularly for all your Days of Our Lives news, information and spoilers!