EastEnders Spoilers: Could Ian Get Rid Of Dotty As She Waits To Reveal His Secret? 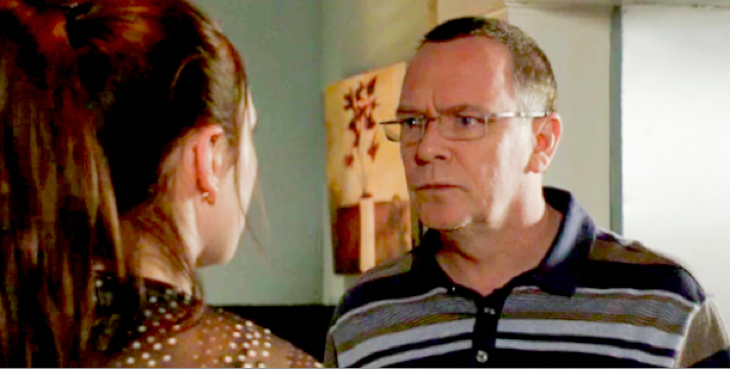 EastEnders spoilers hint that Dotty Cotton (Milly Zero) may find herself in trouble soon as Ian Beale (Adam Woodyatt) begins to get nervous because of the pressure that Dotty has been putting on him. Could the pressure that Ian is under cause him to go after Dotty. Could it be possible that Dotty’s life might be in danger?

Dotty had suspected for a while that Ian has something to do with the death of Sharon Mitchell’s (Letitia Dean) son, Denny Mitchell (Bleu Landau). After confronting him, he threatened her and told her that no one would believe her over him. However, she was soon able to find evidence in the form of a voice message left by Denny to her begging Ian to let him out of the room he was locked in. She first tried to blackmail him using the information that she learned. However, Ian would soon find a way out of having to give Dotty the Arches. He waited until he got the opportunity to take the phone and delete the recording, which left her with no evidence. She tried to cover her tracks by saying that she had caught him on camera, but it backfires when Ian calls her out on her lies.

This put Dotty down, and she sulked for a while but then realized that she should try to approach things a different way. So she showed up at their home and had dinner with them to Ian’s dismay. However, Dotty does not back down and lets him know that she will come out with the truth no matter what.

She will let him know that she intends to tell Sharon when Sharon is well enough to handle the news, and until then, she will make him feel guilty every day. This gets to Ian, who looks worried to hear that Dotty is not backing down from this.

The reason why it can be seen that Ian maybe lead to getting rid of Dotty would be the part where Dotty stabbed the cake. This could hint at her being killed off, but that does not mean this for sure. Hopefully, they keep Dotty around as they can do great character development with her. What do you think? Could Dotty be at risk of being killed off by Ian? Watch EastEnders from Monday and Friday at 8 pm and Tuesday and Thursday at 7.30 pm on BBC One to find out what happens next.