General Hospital Spoilers: Could Nelle Turn Her Life Around Like Carly Did? – Or is Nelle Irredeemable? 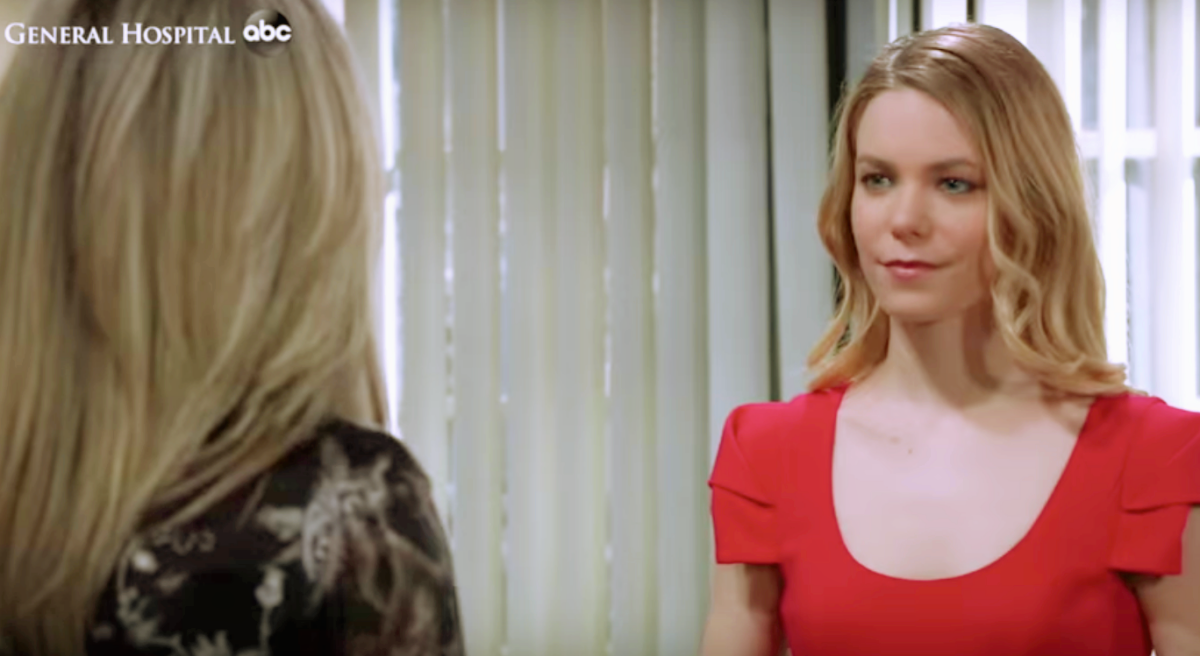 General Hospital (GH) spoilers suggest that Nelle Benson’s (Chloe Lanier) life may be headed for a complete turnaround. GH fans know that up until now, Nelle has been the type to manipulate and con others for her own gain. However, after a shocking discussion with her arch nemesis, Carly Corinthos (Laura Wright), is Nelle on a slow path to redemption?

Can Nelle be redeemed? Do any GH fans even want her to be redeemed at this point? Doesn’t everyone want to see Nelle suffer for all the wrongs she’s done? Doesn’t half of GH fandom wish Jason Morgan (Steve Burton) would simply step in with a 9mm and a silencer? (Hey, that’s apparently what Carly and her daughter have both wished for recently.)

Well, sure. Nelle is guilty of a lot of bad things. GH fans know that Nelle love-bombed Josslyn Jacks (Eden McCoy) and pretended to be her friend. Nelle was warm, loving, friendly on the outside. But inwardly, Nelle was a ravening wolf. Nelle played to everyone’s sympathies in order to get close. In reality however, Nelle was simply trying to find weaknesses in Carly’s family members that she could exploit.

From leaving Michael Corinthos (Chad Duell) in a car with leaking gas, hoping it would blow up and fry Michael like a Kentucky Fried Chicken Wing, to swapping her own living son for the dead child of a stranger, Nelle has done some incredibly nasty things. (That doesn’t even begin cover what she did before she met the Corinthos family!)

Apparently, Nelle did every bad thing she’s ever done because … Carly.

GH fans may or may not be buying this line of severe fixation. Now, GH viewers know that a much younger Nelle apparently saw Carly show up at the house she lived in with her father, Frank Benson (James Patrick Stuart). However, little Nelle totally misinterpreted events and then ruminated on the stories she told herself about Carly.

However, Carly just shockingly told Nelle that Nelle has it within her to change. Of course, everyone knows Nelle threw Carly’s kindness back in her face and stalked off.

Whether Nelle’s life will end as a tragedy is anyone’s guess at this point. The easiest thing to believe is that Nelle will continue on sabatoging her own life. Many GH fans may agree that Nelle doesn’t have the emotional or mental fortitude to change. People get into habits. They do what they have always done. Making changes that last takes real courage.

The question now is whether GH viewers will watch as God, a force of nature, something … moves in Nelle’s heart and breathes new life into her twisted soul. Will Nelle actually consider in private what Carly had to say?