The Bold and the Beautiful Spoilers: Katie Refuses To Forgive Bill – Will He Hook Up With Brooke Again? 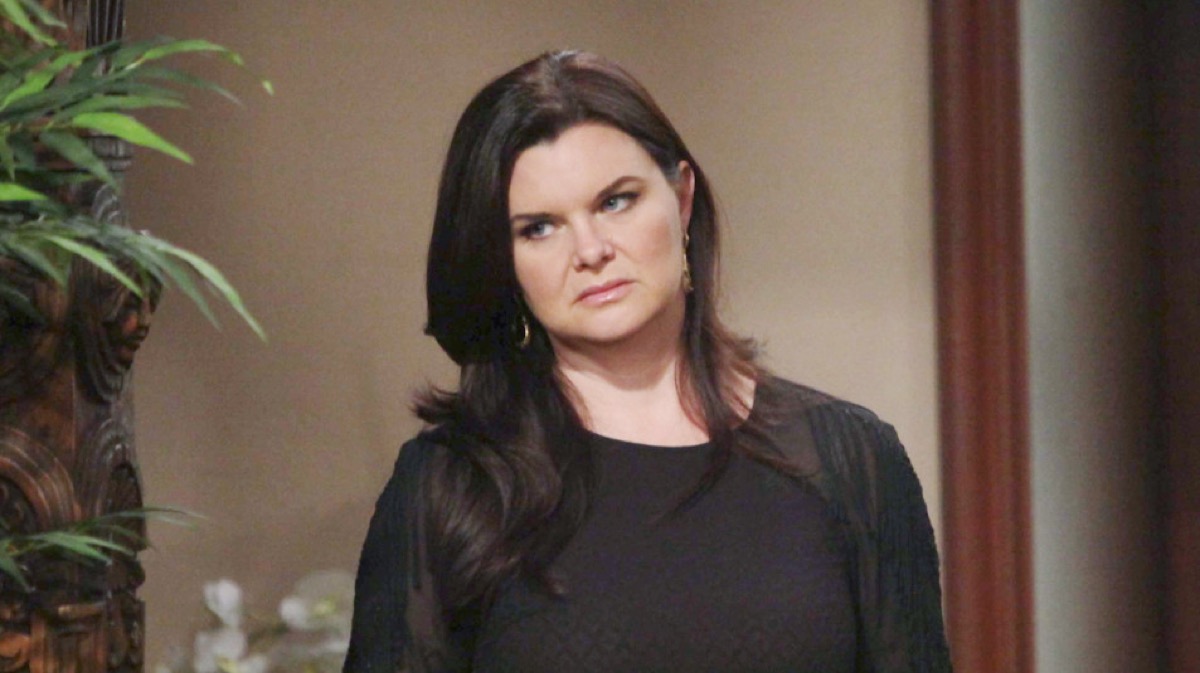 Katie Logan (Heather Tom) has a decision to make on ‘The Bold and the Beautiful’. She hasn’t been able to bring herself to forgive what her sister and the supposed love of her life did.

Brooke Logan (Katherine Kelly Lang) and Bill Spencer (Don Diamont) remain in contact even after the emotional explosion during what was intended as a ‘Bridge’ reconciliation celebration. A few days later, Brooke didn’t want Bill to come to her home, considering all that’s happened. But he did because this issue remains unresolved.

Bold And The Beautiful Spoilers – Batie Was Flowing Smoothly

It took a herculean effort from Bill to regain Katie’s trust so that they could reform their family. They hadn’t actually remarried, but were together with their son Will Spencer (Finnegan George) and faced no derailing factors until Bill created one.

Yes, as Katie is saying, she knows that Bill and Brooke didn’t intend to hurt her, or Ridge Forrester (Thorsten Kaye). She also recognizes that the digitally recorded kiss was excruciating to watch, but revealed something disturbing.

Brooke and Bill haven’t been able to stop returning to each other for comfort, regardless of past promises that they’d do so. That implies any forgiveness, while right, probably wouldn’t alter the pattern.

Bold And The Beautiful Spoilers – Bill Spencer Is A Flawed Human

Bill took his sword necklace off and truly seemed to distance himself from his chosen persona. ‘Dollar Bill’ was part of his past and with that Katie believed he’d truly changed, or she wanted to.

The Bold and The Beautiful Spoilers: Sally Flips When She Realizes Penny’s Been Influenced By Flo https://t.co/FxiuP1Qnk0 pic.twitter.com/NATwl48Haq

There’s no question that Bill loves Katie and appears to care for her more than Brooke, or any other woman. He’s also a true father to Will. But his personal resume can’t be discounted and repeated emotional misconduct with Brooke is seemingly something he’s unable to control.

Bill and Brooke can’t guarantee tomorrow. That makes Katie’s choice to continue this edition of ‘Batie’, or pull the plug once again extraordinarily rough.

Katie will have to live with the real fear of Bill going off-track if she keeps her relationship with him intact. If she ends ‘Batie’, then Will will be devastated and she’ll be even more heartsick.

Brooke is being honest in saying that neither she, nor Bill, know why they kissed in the cabin. Yet, it happened and the fallout has been destructive.

Katie has been through so much, as has Ridge. It wasn’t logical for Brooke to have done what she did with Bill, but the past can’t be changed. Wronging two loved ones can only produce so many apologies.

So, Brooke will have to accept that the relationships she had with Katie and Ridge have changed. Then, Lang’s distraught character will need to realize that her sister and intended husband must use their free will to accurately analyze what’s happened, while also hopefully retaining an open heart.