The Bold and The Beautiful Spoilers: Scott Clifton Exploring His Second Love Again 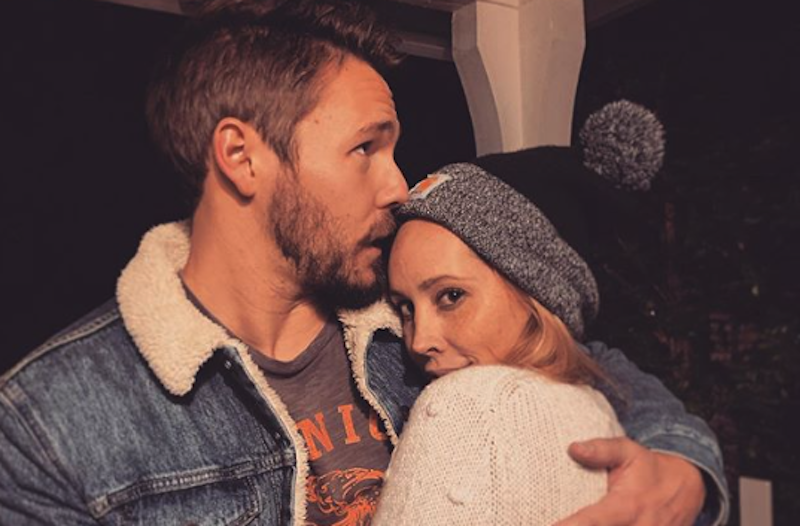 The Bold and the Beautiful’s Scott Clifton is exploring his musical side once again. At this time, all the daytime soap operas are yet to resume production due to the effects of the coronavirus. While other actors are keeping themselves busy coming up with podcasts, creating live video chats with their castmates and other things, Clifton has decided to explore a musical quarantine session.

Clifton was born in October 1984. He is a known actor, musician and video blogger. He is probably best known for playing Dillon Quartermaine on General Hospital, Schuyler Joplin on One Life to Live and Liam Spencer on The Bold and the Beautiful. He is the first male actor to win all three Daytime Emmy Awards having won Outstanding Younger Actor, Outstanding Supporting Actor and Outstanding Lead Actor in a Drama Series.

Clifton is also a singer, guitarist and songwriter. In the initial efforts of launching his musical career, he uploaded a number of songs to the internet and later compiled them with previously unpublished material for his first EP alum called Untitled. He then released his second EP which he titled Unbeautiful and also two full-length albums called So Much for the Nightlife and Mannequin which were produced by Jeff Prescetto. He also released Girl Go Home.

The Bold and The Beautiful Spoilers: Scott Clifton Exploring His Second Love Again

The Bold and the Beautiful Spoilers: Penny Makes Careless Mistake – Flo Now Has The Goods On Sally https://t.co/Ks1pkQ1Nxu pic.twitter.com/t6RIb7I7r2

In his latest Instagram post, Clifton mentioned that we are all stuck inside and that having a lot of time on his hand he decided to play the guitar and sing one of his songs. He can be seen in a video performing a song he entitled “Stranger” which was apparently written by him and performed in this quarantine time. He received a number of amazing comments from his followers and also his colleague, Don Diamont. His beautiful wife, Nicole Clifton also shared a comment which stated, “There he is! Hoping to convince you to do more (see how I’m trying to take credit for this like it was my idea. Being married is fun!)”

His music is available for listening and downloading via platforms such as iTunes, Spotify and more. Be sure not to hesitate in supporting Clifton and his music. Also, you can watch him weekdays on CBS on The Bold and the Beautiful in his Emmy award-winning role of Liam Spencer, the son of Dollar Bill Spencer (Don Diamont). Clifton did not reveal if he plans on doing more music soon, but we’d sure love for him to, what about you?