The Young and The Restless Spoilers: Traci Offered Her Dream Job, Will Family Stress Cause Her To Refuse? 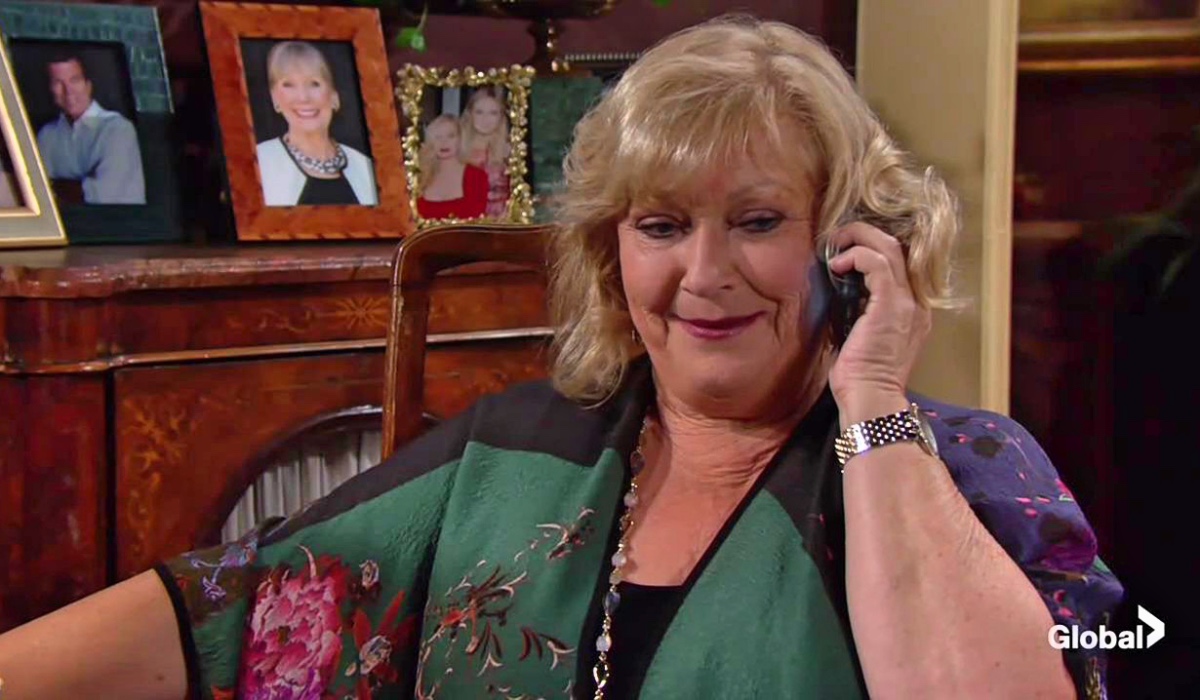 The Young and The Restless (Y&R) Spoilers hint that Traci Abbott (Beth Maitland) may decide to take the job opportunity that she has been given. Traci has been given an opportunity to take a job writing give to her by Lily Winters (Christel Khalil) and Billy Abbott (Jason Thompson), which could help get her mind off of the other things happening in her life. However, will she allow herself to take the job?

The Young and the Restless Spoilers- Traci is Overwhelmed

Traci has been dealing with a lot since she came back into town when it comes to dealing with her mother, Dina, who is doing worse than ever. She recently found out why she was the first one that her mother forgot and that it had to do with her feeling guilty about being in her life as she grew up. However, it seems that Traci will have a new opportunity to pursue something new when she goes to visit Lily and Billy at their new job.

Lily tells Billy that it would be a good idea to bring Traci on to their team at Chancellor. She thinks that if they are going to do it, then they should do it now rather than later. So they decided to offer her a job when she comes back from a phone call. They bring up their proposal or writing on their platform, which would be writing novels in small chunks.

The Young and the Restless Spoilers- Traci Gets a New Opportunity

Young and the Restless Spoilers: Is There Hope For Sharon Newman, Can Rey Rosales Handle Cancer Rollercoaster?https://t.co/m4HdLgVKft

However, Traci is not sure about accepting the job and wants to think about it. Hopeful Traci will take the job as it would be perfect for her, and it will be something that will take her mind off of things.

Traci has a decision to make, and by taking the job, it will help give her time doing something she loves. What do you think? Should Tracie take the job, and if so, do you think she will? We’ll give you updates as Y&R news comes in. Stick with the CBS soap, and don’t forget to check CTS often for the latest Young and the Restless spoilers, updates, and news.

The Young And The Restless Comings And Goings: A Hunkster Heads To GC & A…