TLC Counting On Spoilers: Jim Bob Duggar Ignores Grandson Due To His Feud With Derick Dillard 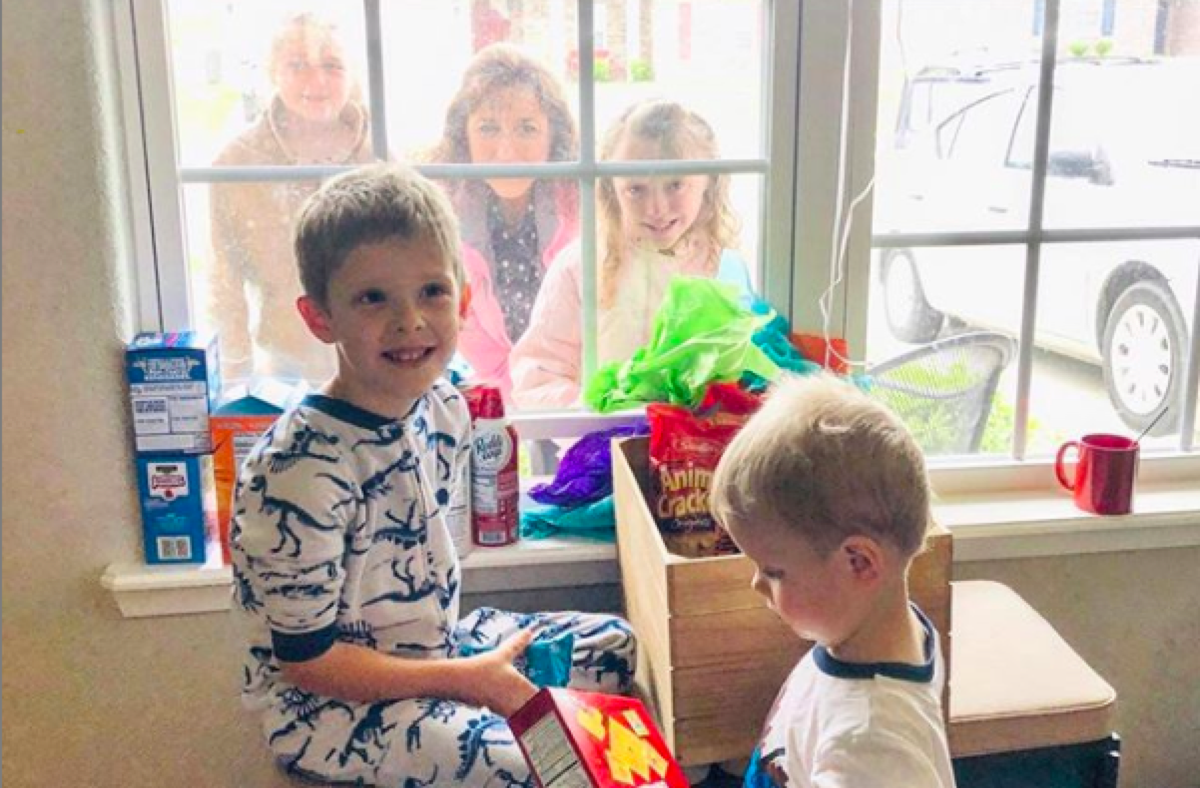 Jim Bob Duggar has snubbed his own grandson amid his ongoing feud with Derick Dillard. So much for being a good Christian. Amid his feud with son-in-law Derick Dillard, the patriarch ignored his grandson this week. He didn’t attend Israel’s birthday party, as per The Hollywood Gossip.

As of Monday, April 6, Derick Dillard and Jill Duggar’s son turned five years old. Since every community is shut down and people are forced to practice social distancing, the parents couldn’t throw a birthday party for their son. In a recent post on Instagram, the couple revealed that they’re “counting our blessings and trying to make lemonades from lemons.”

TLC Counting On Spoilers: Unlike The Rest Of The Family, Anna Duggar Believes The Coronavirus Is Real

Jill said that they “decorated the house after the boys went to bed last night.” It turns out that the couple planned a “special birthday breakfast” and took a “drive this afternoon to say hey to friends from our car before we make our way to Derick’s mom and stepdad’s for a simple celebration in their front yard (keeping our distance).” Michelle Duggar was there in attendance. However, she couldn’t get any closer due to the coronavirus pandemic.

Jim Bob Duggar was the one who wasn’t there. The reason why he probably didn’t attend is because Derick has been calling out Jim Bob on social media for several months. He revealed that Jim Bob controls every aspect of his children’s lives, including how they make money.

In an interview on the YouTube channel Without a Crystal Ball, Derick revealed the following: “We weren’t even allowed to be the first ones to announce our own life events – our marriage, expecting our baby, our genders of our children, our births – not by our own choice,” Derick said. “If I had to do it all over again, I would’ve announced myself when we were expecting and things like that, even if I would’ve gotten in trouble. Your family relationships are affected to this extent that you are on board with the family business.”

Derick has previously said that he is not welcome at Jim Bob’s home, and it appears that the ban goes both ways. But the appearance of Michelle in Jill’s photo has many fans wondering if the mother and daughter have tried to bury the hatchet. Would the patriarch really snub his own grandson’s birthday? What are your thoughts? Sound off below in the comments section.