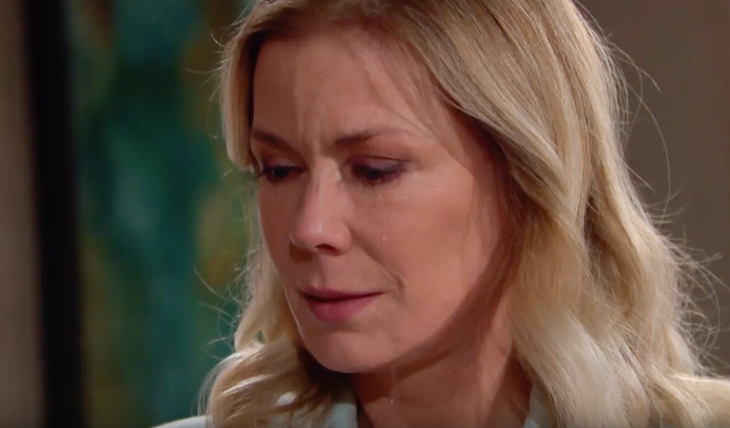 The Bold and the Beautiful spoilers reveal that Ridge Forrester (Thorsten Kaye) doesn’t know how he ended up back in L.A. after his wild Vegas night. However, there is reason to believe that Brooke Logan Forrester (Katherine Kelly Lang) tried to “save” her husband from Shauna Fulton (Denise Richards). Due to him having another drunken blackout, is the Vegas vixen a bad influence on the dashing designer?

B&B spoilers reveal that Brooke has never liked Shauna. She has always believed that the Vegas vixen has been after her husband. She might be right about that. After all, we remember the night at the bar when Ridge was so drunk he passed out in a room upstairs. While it seems that Shauna’s focus has shifted from Ridge’s money to actually caring about him, only Shauna really knows if she’s playing Ridge or not.

The Bold and The Beautiful Spoilers: All Shauna’s Dreams About To Come True – Ridge Ready To Move On With New Love

It is suggested that Shauna might be a bad influence on Ridge. That night a few months ago at the bar, Shauna did take care of him when he got plastered and couldn’t even stand up on his own. However, everyone remembers that creepy kiss while he was passed out.

Now that Shauna is in Ridge’s presence again, he gets so drunk that he blacks out. Is Shauna to blame? Perhaps not, but she also doesn’t stop him from nearly getting alcohol poisoning either.

The Bold and the Beautiful spoilers reveal that in Brooke’s mind, Shauna is using the “Bridge” romantic rift to her advantage. She truly believes that Shauna will use Ridge when he is vulnerable. When Brooke finds her husband in Sin City, he will be so drunk that he doesn’t remember a thing. Of course, she blames Shauna for this and makes a decision to “save” him.

Bold and the Beautiful Spoilers: Brooke Or Katie? Who Does Bill’s Heart Belong To?https://t.co/8NJ84cclGT

The Bold and the Beautiful Spoilers: Dragging Hubby Back Home

When Ridge wakes up, he doesn’t understand how he ended up back in L.A. with Brooke. After talking to Shauna on the phone, she doesn’t seem to remember anything either. It is clear that when he was plastered, Brooke got her husband on the Forrester private jet and had the pilot take them home.

But the question is, will he stay there or return to spend more time with Shauna? Fans will have to keep watching the CBS soap opera to see how this story develops over the next few weeks.