Eastenders Spoilers: Phil Offers Mick And Linda A Deal, But Has Ulterior Motives? 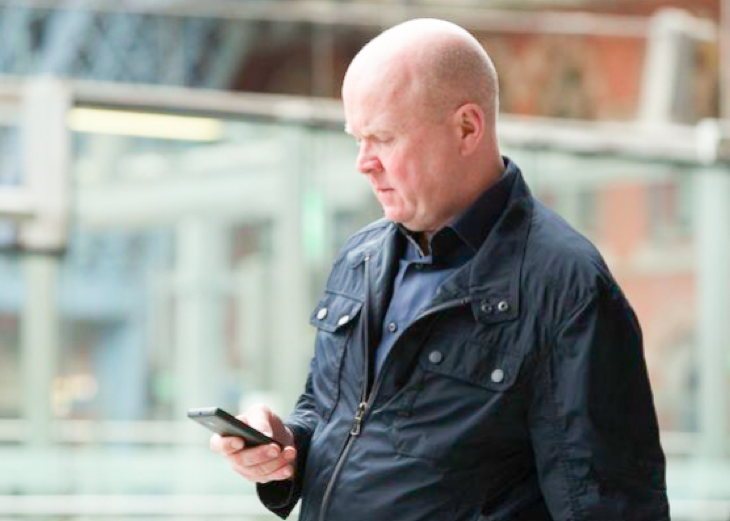 Eastenders spoilers reveal that Michael “Mick” Carter (Danny Dyer) has made the tough decision to sell Queen Vic. The bombshell comes after Linda Carter (Kellie Bright) relapsed again, so it’s clear living and working in a pub isn’t healthy for the recovering alcoholic. Could Phil Mitchell (Steve McFadden) offer them a deal that they can’t refuse?

EastEnders Spoilers: Could Ian Get Rid Of Dotty As She Waits To Reveal His Secret?

For several months, fans watched as Linda continued to go down a dark and dangerous path with her drinking. However, she finally seemed to get on the right track. Unfortunately, it all went downhill when Sharon Watts (Letitia Dean) exploded at her son’s funeral. One of her targets was Linda and it was over pepperoni pizza, the dead boy’s favorite food.

Eastenders spoilers reveal that after the relapse, Mick and Linda had a long talk. Mick decided it was best to get his family away from the pub. So, he has decided to sell and there are a lot of people interested in buying it from him. There is also the possibility that Queen Vic could go into the hands of a family who had control of it previously.

Express talked to Andrew Gilmore, Head of Criminal Law at Grosvenor Law about the possibility of victims receiving compensation for the boat tragedy. While the topic of insurance payouts and suing different people was mentioned, what was most interesting was what could happen to Phil and Ian Beale (Adam Woodyatt).

Both men could be sued directly since they both had a role in the death of Sharon’s son, as well as others getting injured. As fans recall, Linda’s foot ended up getting stuck and Mick had to make some tough choices before they both drowned.

Eastenders spoilers reveal that if Phil worries about the possibility of getting sued, he could strike a deal with Mick and Linda Carter. Will he make them a deal that is impossible to refuse? Could that deal include his family getting back Queen Vic, and allowing the Carter family to move on?

What do you think is going to happen with Phil Mitchell? Will the truth about Ian Beale’s involvement ever come out? Will Phil end up making a deal with the Carter family to prevent them from suing him? Fans will have to keep watching to find out what happens with this storyline.