EastEnders Spoilers: Will Sharon Learn About Ian’s Ultimatum To Karen? 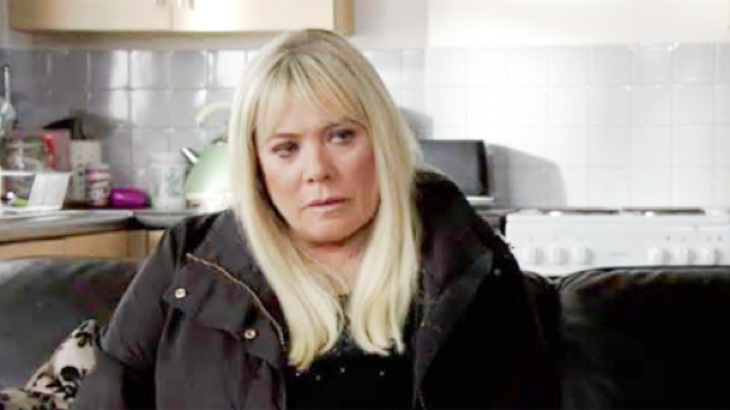 EastEnders Spoilers hint that Sharon Mitchell (Letitia Dean) may learn about what Ian did to Karen Taylor (Lorraine Stanley). Ian has recently given an ultimatum to Karen involving Sharon’s newborn son, Kayden, that will force her to move away. However, Sharon may find out about this ultimatum and may be upset about it. Will she decide to step in and stop Karen from moving?

Eastenders Spoilers: Phil Offers Mick And Linda A Deal, But Has Ulterior Motives?

Karen has been told that she should move away with Kayden in order to not upset Sharon, who is still trying to recover from her son, Denny’s death. Karen is upset when Ian Albert Beale (Adam Woodyatt) told her that she needs to leave and tells him that she will not because her family and friends are here, and she wants to be near them. However, Ian threatened to put Kayden into care, which frightened Karen, who wanted Kayden to be among his family. This will make her decide that she should leave in order to keep her grandson safe.

With Sharon getting better, she may hear about the news that Karen will be leaving with her son and may wonder why. After hearing that Ian has stepped in and told her to leave, she may be a little upset but will understand that he was just trying to help. However, once she finds out that Ian threatened to put her son in care, she will not be as understanding about the situation.

Sharon felt comfortable with leaving her child with Karen as she knew that she could give him the love and care that she could not. She would not want her child to be raised by people that she does not know and would rather want him to be raised by people who she knows will raise him like her own, which has been proven by her even considering leaving in order to keep him out of care.

It will be interesting to see if Sharon will learn about Ian’s ultimatum in the upcoming episodes. What do you think? Will Sharon stand up for Karen and her child, or will she let Karen leave? Who do you think would be the one to tell Sharon about the ultimatum? Watch EastEnders from Monday and Friday at 8 pm and Tuesday and Thursday at 7.30 pm on BBC One to find out what happens next.