EastEnders Spoilers: Could Mitch Try To Break Up Karen And Billy – Still In Love With Karen 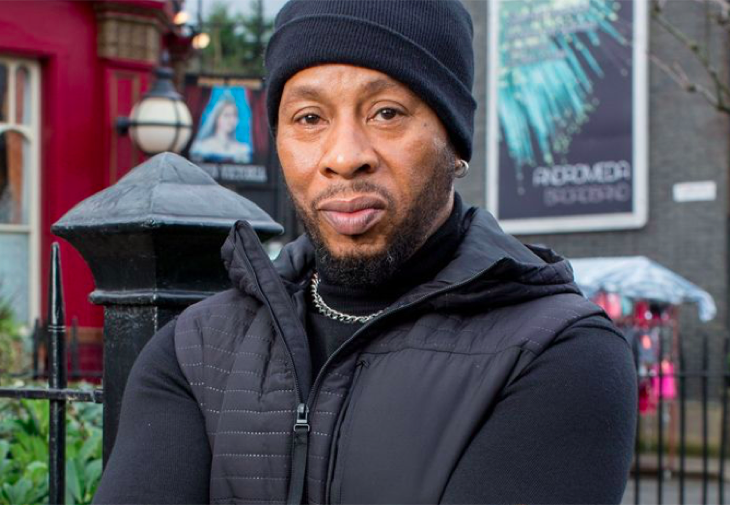 EastEnders spoilers hint that Mitch Baker (Rodger Griffiths) will try to break up the couple, Karen Taylor (Lorraine Stanley) and Billy. Mitch has revealed his feeling for Karen and was shot down but giving up might not be in his cards. Karen will be leaving soon, and he wants to make sure he is the one leaving with her. Will he go as far as breaking up the happy couple in order to be a part of her life the way he wants to be?

Viewers know that Karen was recently given an ultimatum involving Sharon Mitchell’s (Letitia Dean) son, Kayden. This happened not long after Sharon gave her the young boy and asked her to raise him. Karen was not going just to reject the idea of raising the child even though she was shocked by the request that came from the grieving mother. However, she was later visited by Ian Albert Beale (Adam Woodyatt), who had an ultimatum involving the young boy. He offered to pay her to care for the boy, but it came at a cost, and that would be her moving. Of course, she refused as her family and friends were there, but he told her if she does not move, then Kayden would be put into care. So she made the decision to move away with Kayden.

When the news broke, many people were upset, like Billy and Mitch. However, she had made her decision, and no one could change her mind. Billy continued to spiral, but Mitch decided instead to make his move and let her know how he felt. He admitted that he still loved her and that he wanted to move with her.

She did not accept that and put an end to the idea and decided to reunite with Billy, who had apologized for his behavior. Mitch seems to have realized that nothing would come from their relationship or the one that he was hoping for. However, this may not be the case, and he may continue to pursue the relationship between them. Could he decide to move with her anyways or maybe even find a way for her to stay?

Mitch may find a way to break up Billy and Karen in order to make room for himself. What do you think? Would you want Karen with Billy or Mitch? Watch EastEnders from Monday and Friday at 8 pm and Tuesday and Thursday at 7.30 pm on BBC One to find out what happens next.