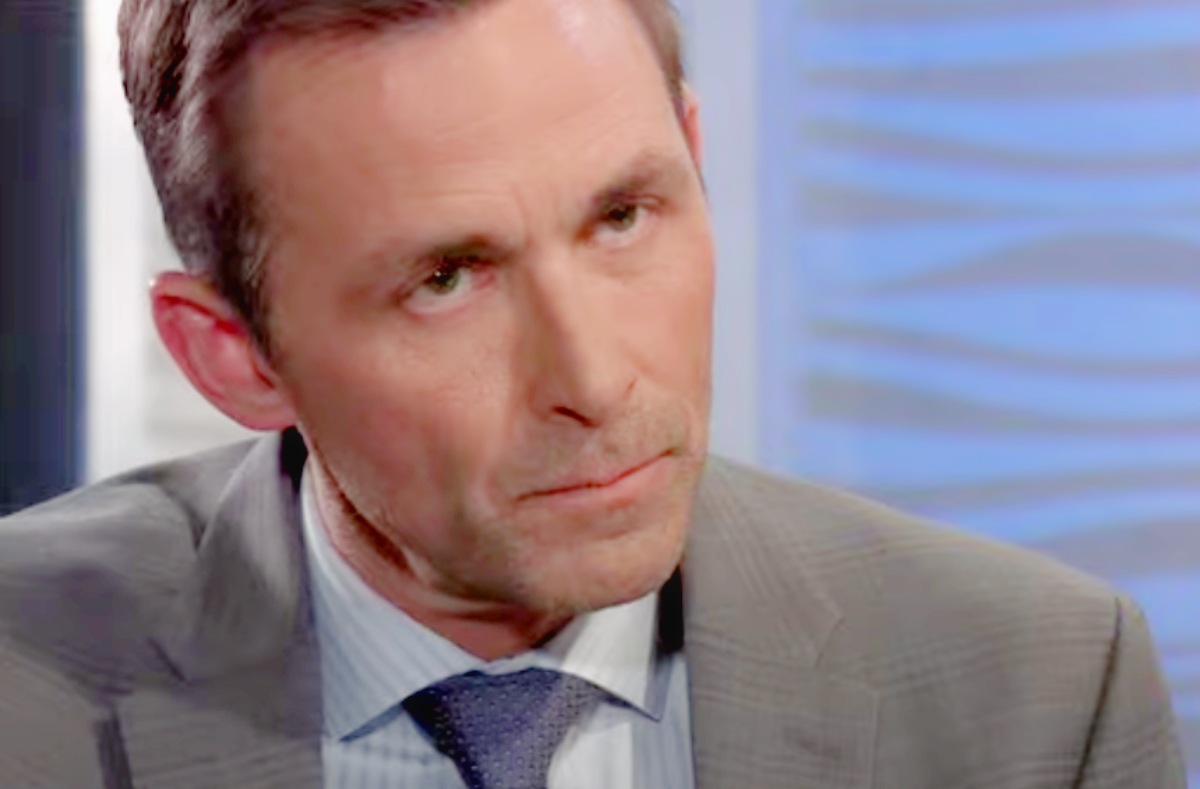 General Hospital’s Valentin Cassadine (James Patrick Stuart) has no idea what his daughter has been up to lately. Valentin has been tied up with his ELQ takeover attempt. Does Valentin have any idea how upset his daughter is over losing Nina Reeves (Cynthia Watros) as her stepmother?

General Hospital’s Charlotte Cassadine (Scarlett Fernandez) is very upset that Nina and Valentin are no longer together. Charlotte does not like Nina being with Jasper Jacks (Ingo Rademacher) and is determined to get rid of him. Charlotte has already tripped Jacks in the middle of Kelly’s. Jacks, of course, wrote it off as an accident but Nina suspects more. However, Valentin is about to see some of Charlotte’s actions and may truly be stunned by them. Will Valentin allow Charlotte to continue with her behavior or will he try to correct her actions?

GH Spoilers: Will Valentin Cassadine Use Charlotte Cassadine’s Actions To His Advantage?

General Hospital’s Valentin could certainly use Charlotte’s action to his advantage. Valentin wants Nina back and he could set back and let Charlotte sabotage all of Nina’s relationships until hopefully, she returns to him. There are no guarantees that Nina would ever return to Valentin because he has burned so many bridges with her. But he doesn’t have to let Nina be happy with anyone else either. Valentin could choose to try and run off everyone Nina gets close to and try to win her back in the meantime. Can Charlotte get through to Nina?

General Hospital’s Nina sees what is happening with Charlotte but could blame Valentin even though he’s not at fault. Could Nina think that Valentin is putting Charlotte up to behave this way? Valentin has bent over backward not to hurt Nina, would he hurt her by breaking up this new relationship?

Nina is upset with Valentin over his lies about her daughter and is not about to believe any defense he has. If Valentin doesn’t correct Charlotte’s action, it could certainly cast him in a bad light. No matter how Valentin feels about Nina, he cannot allow his child to try to destroy her relationship with someone else.

General Hospital’s Charlotte has been through a lot in her young life and needs to learn boundaries. However, Charlotte also needs to learn how to deal with her losses in a productive way. Should Valentin find someone to Charlotte to talk to about her losses before she gets completely out of control? Can Valentin curb Charlotte’s behavior before it’s too late?