General Hospital Spoilers: Is It Time For Valentin To Reveal Himself To The Quartermaine Family? 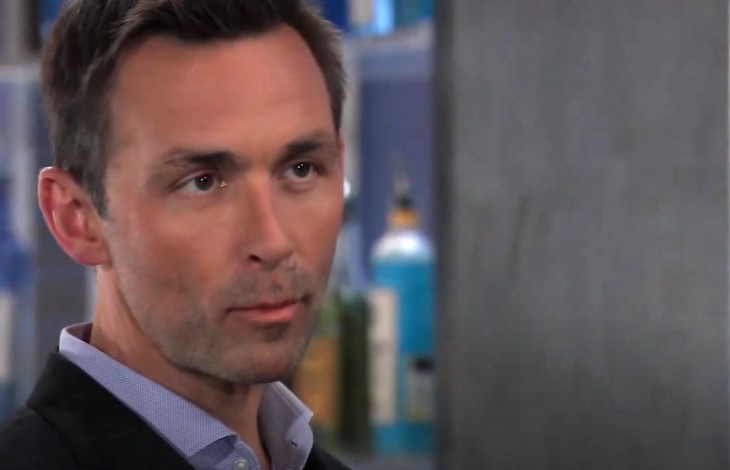 General Hospital (GH) spoilers tease that Valentin Cassadine (James Patrick Stuart) may finally be ready to reveal himself to the Quartermaine family. As viewers know, Valentin has quietly been amassing sizable shares of ELQ. It seems that very soon he will have controlling interest in the Quartermaine family business, if he doesn’t already.

Valentin started by buying the shares that Nelle Benson (Chloe Lanier) inherited from her late husband, Shiloh (Coby Ryan McLaughlin). Oscar Nero Quartermaine (Garret Stitt) bequeathed those shares to Shiloh, although he changed his mind sometime later. Those shares are in contention in Probate Court, but for now they belong to Valentin. Nelle was more than happy to put the screws to the Quartermaine’s, and Valentin took advantage of that by helping Nelle.

While all of this going on, Valentin also cooked up an elaborate scheme to obtain Brook Lynn Quartermaine’s stocks. Brook Lynn, an aspiring musician, signed an exclusive contract with sleazy music producer Linc Brown (Dan Buran). The only way to get out of the contract was to give her shares to Linc, who was actually working for Valentin all along.

It’s safe to say that Valentin has other plans to obtain enough shares to get a controlling interest in EAQ if he doesn’t already have them. Once that happens, Valentin will be able to take over the company. Then he would be free to reveal himself to the Quartermaine family. He originally went after ELQ to get revenge on Michael Corinthos (Chad Duell) for threatening him over Sasha Gilmore (Sofia Mattsson).

But once he saw how lucrative ELQ could be, that became his primary interest in getting control of the company. Interestingly, Valentin has also become a major investor in the relaunch of Lucy Coe’s Deception company. It’s not known at this time what, if anything, Valentin’s interest in Deception has to do with his bid to take over with ELQ. But the fact remains that up until now, the Quartermaine’s have been facing an unknown enemy. They certainly won’t take kindly to Valentin’s takeover. Once they know who they are up against, they can form a plan to stop.

Will Valentin get enough shares of ELQ to stage a hostile takeover? What does Deception have to do with ELQ? And how will the Quartermaine family react when they find out their enemy is Valentin? Only time will tell, so stay tuned to General Hospital airing weekdays on ABC. And don’t forget to check back here regularly for all your General Hospital news, information and spoilers!