General Hospital Spoilers: Sam’s Ignores Jason’s Decision, Her Behavior Causes Her To Be Returned To Pentonville? 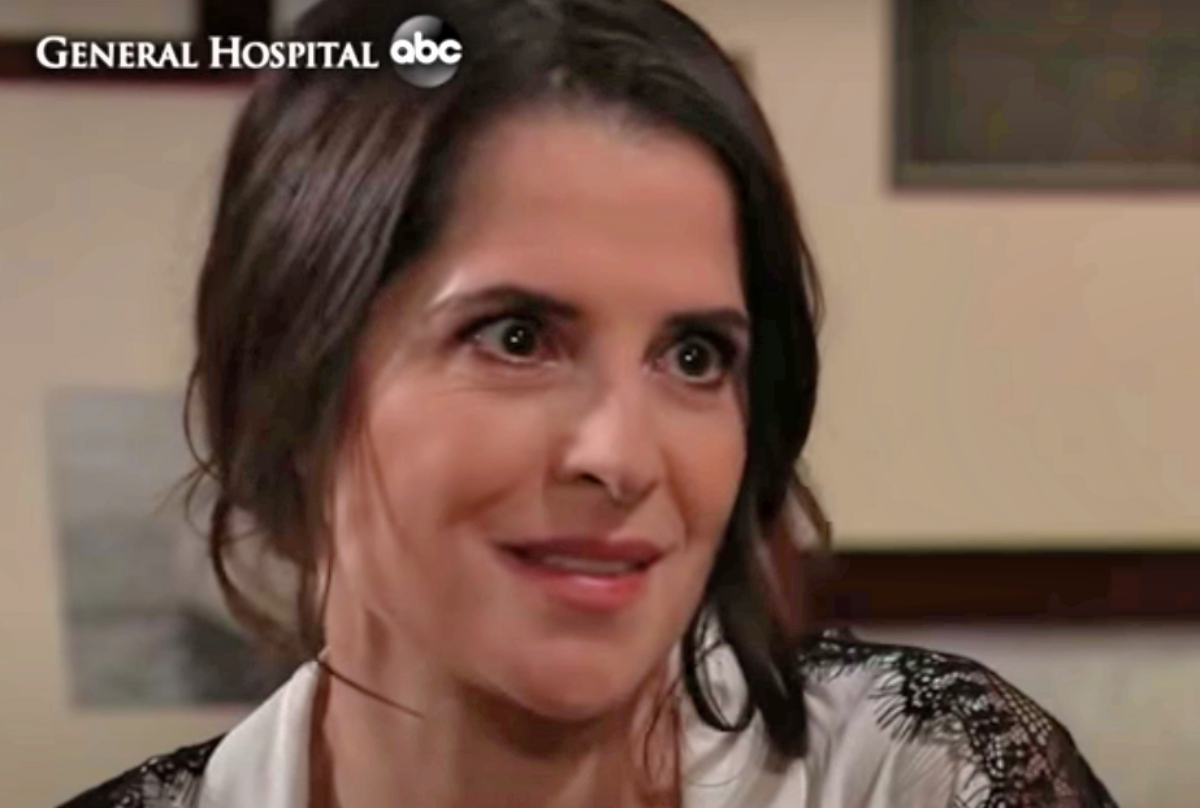 General Hospital (GH) spoilers tease that Sam McCall (Kelly Monaco) could very well end up back in Pentonville if she isn’t careful. Last fall, Sam was sentenced to two years in prison for killing Shiloh Archer (Coby Ryan McLaughlin). Because of prison overcrowding, Sam was released into probation on Christmas. But one of the conditions was that she can’t be associated with knows felons, which meant that she can’t be around the love of her life, Jason Morgan (Steve Burton)

GH Spoilers: Sam McCall Has Tried Everything She Can!

Sam has tried everything she can to get out of these requirements. First, she and Jason offered Robert Scorpio (Tristan Rogers) a deal. Scorpio would make sure Sam’s probation problems went away if she and Jason could obtain proof of Peter August’s crimes. They did manage to obtain incriminating evidence, but Robert was unable to keep his end of the bargain, thanks to Peter going above his head.

After that, Sam decided to get dirt on her parole officer Dolores Maloney (Andi Chapman) in order to blackmail her into easing up on Sam. Sam enlisted Damian Spinelli (Bradford Anderson) in order to help her investigation. Spinelli was able to find the evidence they were looking for, Dolores was having an affair with a married city councilman, but unfortunately Spinelli was caught taking incriminating photos and Shirley threatened to have both him and Sam arrested. Cooler heads prevailed, but Dolores vowed to be even tougher on Sam.

Sam just can’t seem to get it through her head that if she continues down the path that she is on, she will end up back in Pentonville. It almost broke Sam before she was paroled not being able to see her kids. But she keeps trying to have secret meetings with Jason, even though Dolores has made it clear that Sam will go back to prison.

Sam’s risky behavior makes it look as though Sam doesn’t care about getting caught. Finally, Jason had to tell Sam that they can’t see each other anymore and Sam through a tantrum. But she needs to focus on her kids and not on defying her parole or she will end up right back in jail, and once again not be able to be with her kids at all.

Will Sam continue to try to defy the conditions of her parole or did Jason finally get through to her? Only time will tell, so stay turned to General Hospital, airing weekdays on ABC. And don’t forget to keep checking back right here for all you General Hospital news, information and spoilers!