The Bold and the Beautiful Spoilers: Sally Blindsided By Wyatt’s Latest Request – Down But Not Out Yet 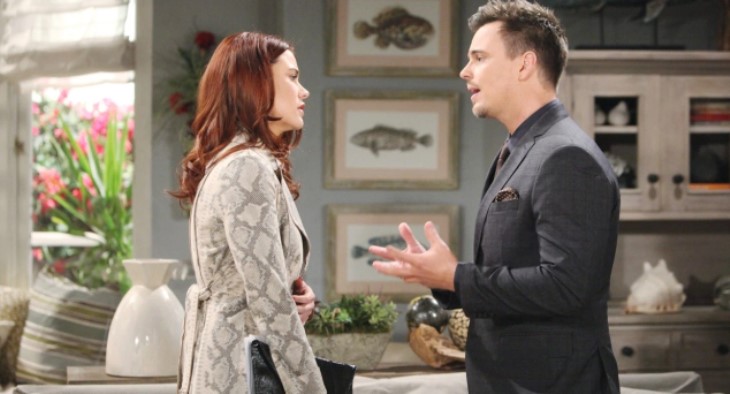 The Bold and the Beautiful spoilers tease that Sally Spectra (Courtney Hope) will have to reassess her current situation after Wyatt Spencer (Darrin Brooks) blindsides her with a sudden request. This will prompt Sally to stoop to an all-time low that she has never stooped to before. Here’s what you need to know.

As many fans can recall, it was Flo Fulton (Katrina Bowden) who realized that something wasn’t clean in the water when it came to Sally’s sudden and mysterious illness along with the details surrounding it. That’s when she decided to take matters into her own hands and confronted Sally’s doctor Penny Escobar (Monica Ruiz) to find out exactly what is going on.

She quickly learned that Dr. Escobar is just as shady as every other doctor in this fictional town of Los Angeles and that she, too, has her own selfish motive in helping Sally. She is covering for her and her lies in the hopes that Sally can help showcase her designs at the next Forrester Creations Fashion Show.

Well, if there’s one design that Dr. Escobar will be wearing in the future it is that of an orange jumpsuit because what she is doing is completely unethical. Flo knows this and that’s why she told Wyatt that Sally needs to go. This prompted the Spencer son to tell Sally that she is no longer welcomed at his beach house and that she needed to pack her bags and find another rich man to mooch off of. Okay, he might not have said the last part but fans understand where this is all coming from.

B&B Spoilers – What Will Sally Spectra Do Next?

Sally, being Sally, is not going to stand for this. What she is about to do next is going to shock everyone as we definitely haven’t seen a side like this before. It’s safe to say that Sally is willing to do anything in order to stay in the arms of Wyatt Spencer – for better or for worse.

Needless to say, The Bold and the Beautiful fans will have to tune in every-day time find out what happens next. The soap airs on the CBS network, however, you will have to check your local listings for times. In the meantime, don’t forget to come back right here for all the latest news and updates on The Bold and the Beautiful and all of your favorite daytime television shows.