The Young and the Restless Spoilers: Nick Wants Answers – Tired Of Phyllis Tip-Toeing Around The Truth 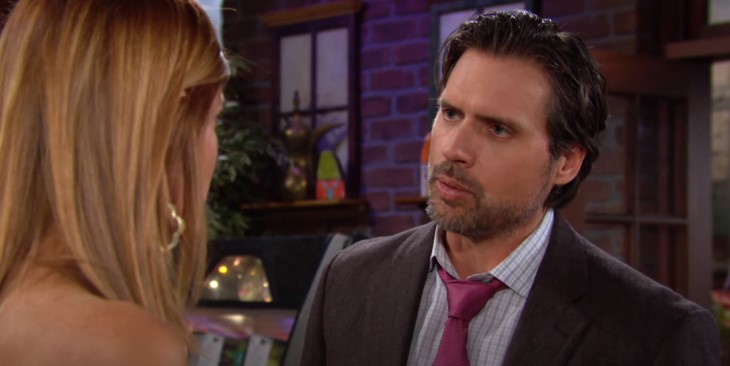 The Young and the Restless spoilers indicate that while the chemistry is definitely between Nick Newman (Joshua Morrow) and Phyllis Summers (Michelle Stafford), there’s one person here that is still reluctant to take the next step in their relationship. Here’s what you need to know.

By now, even The Young and the Restless fans have noticed that it has been Phyllis who has been aggressively pursuing Nick Newman and in bed, no less. And while Nick isn’t the kind of man to say no to a beautiful woman, he still can’t help but wonder where this is all going to lead. Actually, make that Nick, and the rest of the viewers, too. Phyllis clearly has a motive but no one knows what that is yet.

Speaking to Soap Opera Digest in a new interview, The Young and the Restless head executive and writer Josh Griffith offers this, “Nick and Phyllis are learning from experience. They share such a rich and complex history together and want to make sure they are getting back together for the right reasons.”

With that said though, Nick is not as clueless as someone would think. In fact, he’s acknowledging both the love and the pain they shared in their past and doesn’t want to risk things by having all of this end in heartache. For Nick, he’s been around this block so many times that by now he knows what the end result will be.

Josh Griffith adds that the reunion between these two former loves will have ramifications that go beyond the couple and their immediate family. He further explains, “Any version of Nick and Phyllis together is going to cause major fireworks in their future.”

4 Wild Young and the Restless Weekly Spoilers April 13 to 17: Love Is In The Air – Newman Family In Turmoil – Nikki Stands By Victor #yr #youngandrestless https://t.co/B3cXYsfb5P

Needless to say, The Young and the Restless fans will have to tune in everyday time find out what happens next. The soap airs on the CBS network, however, you will have to check your local listings for times. In the meantime, don’t forget to come back right here for all the latest news and updates on The Young and the Restless and all of your favorite daytime television shows.