Days of Our Lives Spoilers: Steve’s Shocking Decision – Gives Up Fighting For Kayla After Justin’s Warning? 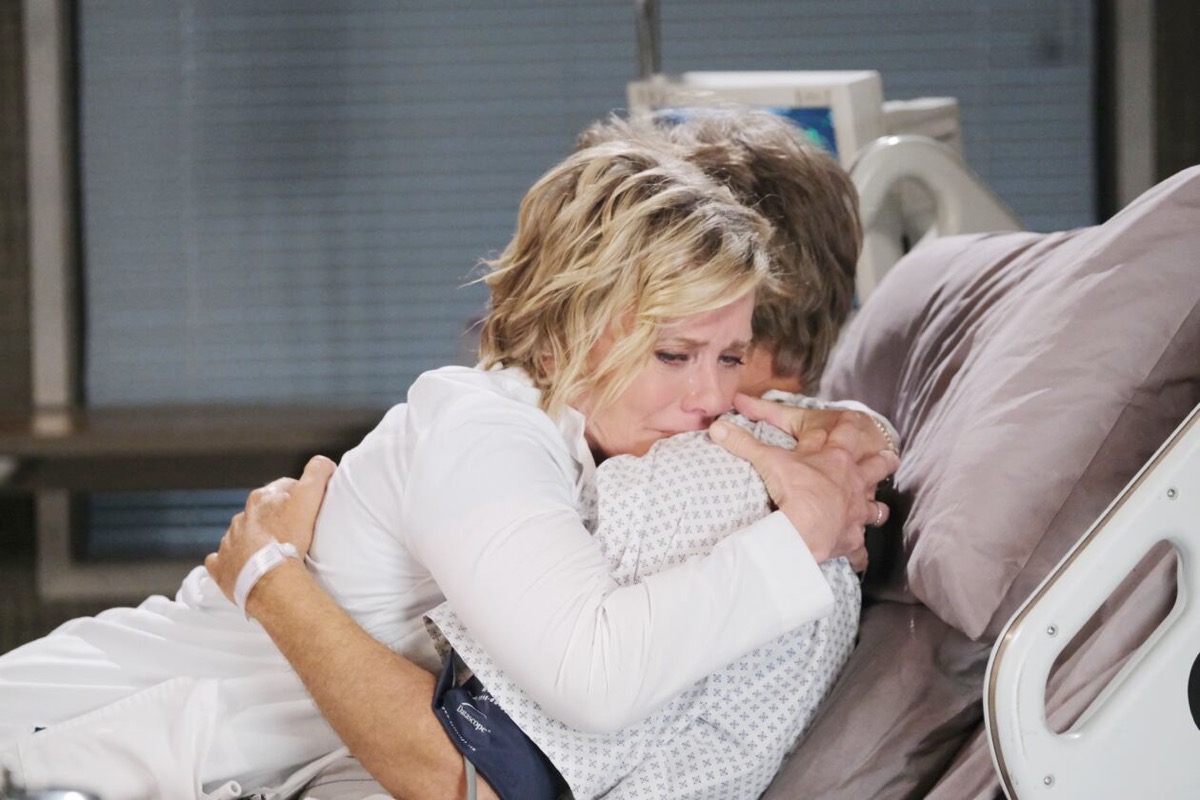 Days of Our Lives spoilers reveal that Dr. Kayla Brady (Mary Beth Evans) is about to be thrust into a complicated love triangle. Steve Johnson (Stephen Nichols) plans on fighting for Kayla, but he has competition. Justin Kiriakis (Wally Kurth) tells “Patch” he has no intention of giving up the woman he loves. Afterward, Steve makes a shocking decision. Could he back off and give up on love?

DOOL spoilers reveal that Steve has amnesia right now due to complications during surgery. However, it is confirmed that in the next two weeks, he will start to remember his identity and life. This includes his love for Kayla.

However, he can’t just pick up things with Kayla like he has done so many times before. This time, there’s another man involved.

It is teased that Steve immediately makes the plan to get his “sweetness” back. He wants to fight for the woman that he has loved for over three decades. They have a family and children. However, he is blindsided when Sonny Kiriakis (Freddie Smith) shows up to defend Justin and Kayla’s relationship.

Days of Our Lives spoilers reveal that Sonny won’t be the only one reminding Steve that Kayla is with another man. Justin goes to visit “Patch” and informs him that he has no intention of giving up Kayla. It seems that the two will go head-to-head over their love for the doctor. However, nobody will expect what comes next.

It is teased that after Sonny and Justin’s warnings, Steve makes a shocking decision. Fans already expect him to fight for Kayla, so could the shocking decision be that he backs off? Perhaps he sees how good Justin has treated her and doesn’t want to cause her any stress?

It’s possible that Steve might give up on love, but don’t expect it to stay that way. In two weeks, Kayla will make her decision about the two men in her life — but which one will get her heart? If fans get their way, then “Stayla” will reunite.

DOOL Spoilers: Could The Show Bring Back Adrienne Kiriakis?

Unfortunately, this means that Justin will end up with a broken heart. Perhaps this would be a good time to bring back Adrienne Kiriakis (Judi Evans)? After all, it could have really been Bonnie Lockhart in that crash instead of Adrienne. That way, everyone can have a happy ending. We will have to keep watching the NBC soap opera to see how this story ends.